Blender is a well-known 3D software that’s both free and open-source. It supports all forms of 3D works – rendering, modeling, animation, simulation, video editing, and even game development! It also allows integration of Python through Blender API.

Blender is a cross-platform tool that’s available for Windows, Linux and Mac. Thanks to OpenGL, Blender is capable of offering a consistent experience. In this article, we’ll be checking out how to install Blender on Linux Mint.

Blender is quite a popular software. Because of its popularity, it’s available on the package server of all the major Linux distros. Linux Mint, being an Ubuntu-based distro, also contains Blender in the official package server. Thankfully, Blender also comes as a snap package.

If you’re feeling a bit adventurous, then you may also try building Blender from the source by yourself. Of course, it’s a bit difficult path to follow than just installing and using Blender.

In this method, we’ll be grabbing Blender directly from the official package server. All we need to do is tell APT to grab Blender.

Fire up a terminal. First, update the APT cache and package updates (if available).

If you’re using Intel/AMD X86-64 platform, then grab the pre-compiled library dependencies Blender offers. This will save up a lot of hassle. To grab them, run the following command.

If you’re using a system other than Intel/AMD x86-64, then there’s a script available for automatic dependency installation.

To learn more in-depth about the install_deps.sh script, check out the official Blender wiki.

Now, you can directly run Blender from the following location.

Now that Blender is installed, launch it from the menu. 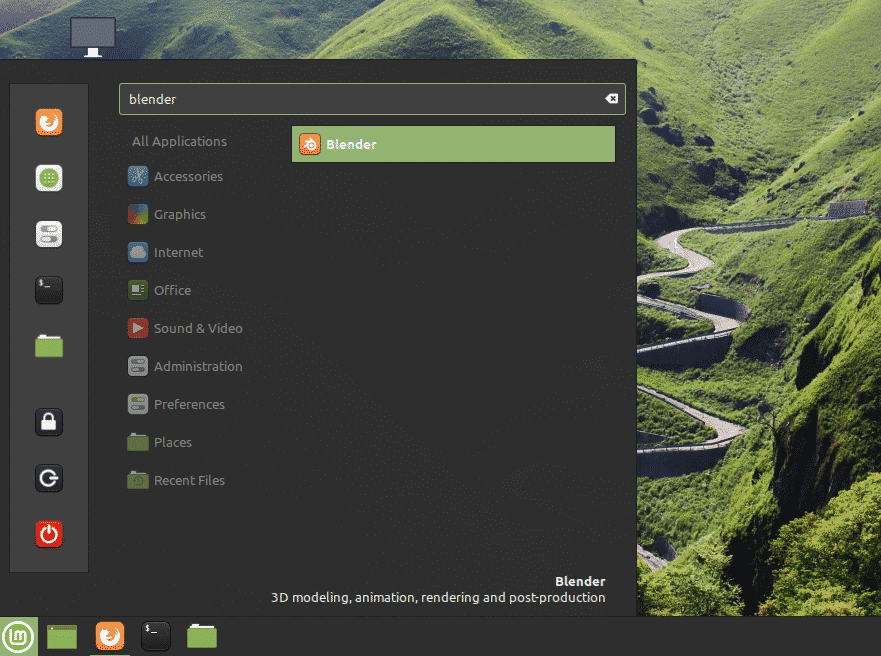 In the next step, Blender will offer to create a new project or opening an existing one.

If nothing selected, Blender will start a starter project with only one cube in it.

If you’re interested, Blender also offers a number of demo files for free! Check out the Blender demo files.

Blender is a powerful tool. Your imagination is the only limiting factor. Well, your hardware as well. For simple projects, you can get away with normal hardware. However, for big projects, you need good hardware (powerful CPU, GPU and lots of RAM/VRAM).

Blender comes up with tons of features. Naturally, that increases the complexity of the tool. Thankfully, there are plenty of tutorials online where you can learn how to properly take advantage of different Blender tools and features. YouTube is a good place to start.