Ubuntu restricted extras comprise software that is not installed in your Ubuntu operating system by default, but you can get them after Ubuntu installation. As the name of this meta-package indicates that some of the software inside this meta-package has some legal issues in a few countries, Ubuntu does not offer this mega software package by default in your system. However, it contains useful packages that can help users to accomplish specific tasks like it installs Microsoft’s core fonts that support a variety of fronts for web interfaces; Microsoft launched this project by imposing restrictions on few distributions. Other than this, the users can also get adobe flash plugin dependency by installing the restricted extras of Ubuntu. Our today’s demonstrations are to point out the importance of this meta-package, and we will list down steps to install Ubuntu Restricted Extras on your Ubuntu.

All the packages of this meta-package have their own functionalities like “flashplugin-installer” is used to get Adobe flash player on your system. The “icedtea6-plugin” package is used as a Java plugin for browsers, “ttf-mscorefonts-installer” allows you to use a long list of fonts “unrar” is a package to deal with .rar files. And remaining packages are related to Codecs that are used by Ubuntu to run video and audio files. The list of packages is shown below:

How to install Ubuntu Restricted Extras on Ubuntu 20.04

If the repository is already added, then it will print the following as shown in the image below:

After adding the repository, you are ready to install the “Ubuntu Restricted Extras” by executing the command mentioned below: 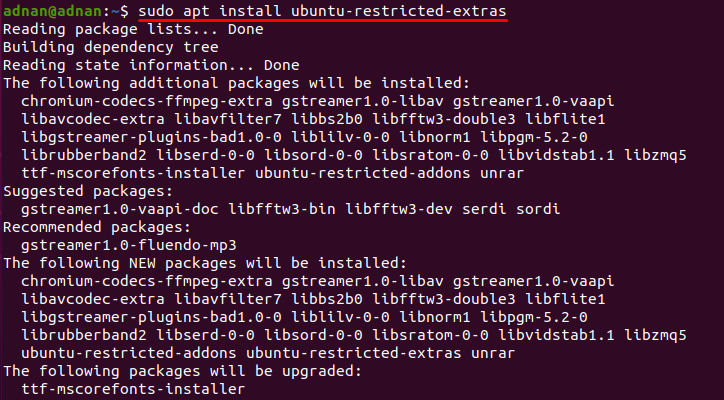 During the unpacking of the packages, it will prompt a window to read the Microsoft Software License Agreement; you must press the tab and then press enter to accept the license agreement: 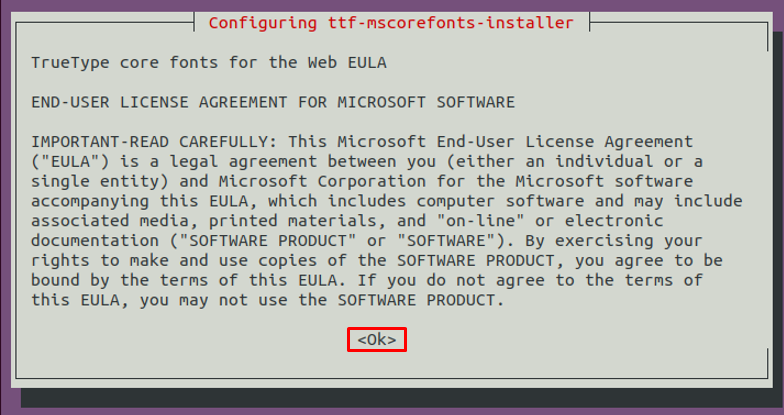 After the above agreement, the terminal will show another acceptance prompt; this agreement is interlinked with the above one as the core font belongs to Microsoft; you must accept this agreement; otherwise, in case of not accepting, it will terminate the installation: 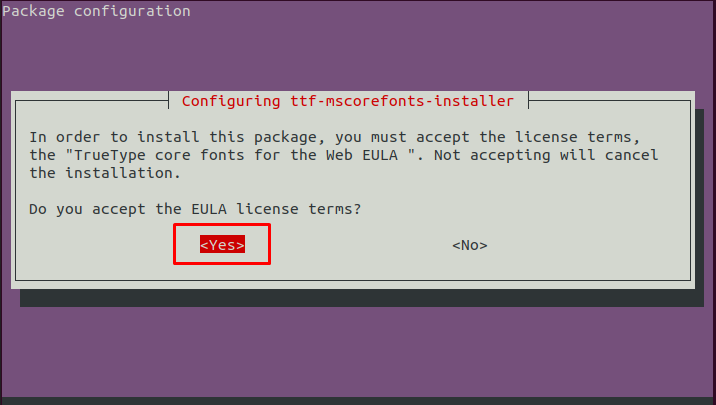 Once the installation is completed, an update window will be displayed that informs you about those packages that require extra data files you have installed. Click on “Run this action now”, this action will open another terminal that is supposed to get the extra files of packages (if available); as in our case, the package “core fonts” need some extra files as shown in the image below: 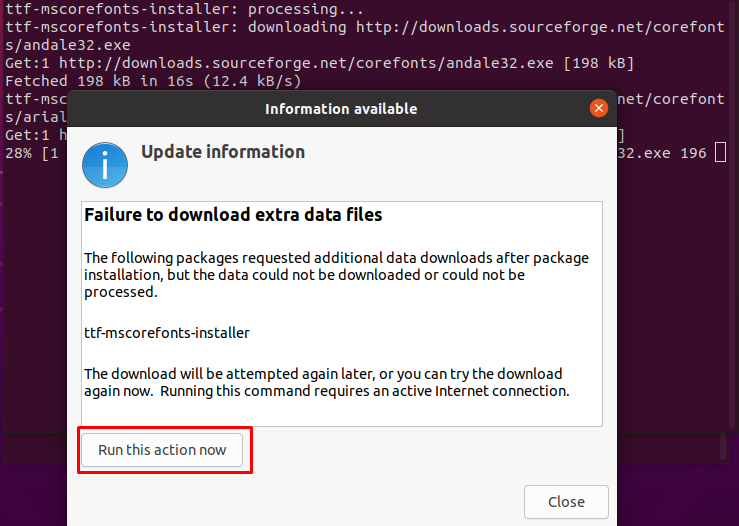 How to remove Ubuntu Restricted Extras on Ubuntu

If you want to remove the Ubuntu Restricted Extras, you must follow the command mentioned below to perform this action:

Ubuntu restricted extras consist of quite handy packages that can be used to perform various tasks; for example, media codecs in restricted extras allow you to play all kinds of audio and video file formats. It is a common practice of most Ubuntu users that they install ubuntu-restricted-extras soon after installation. We have compiled this guide to let you know about the importance of Ubuntu Restricted Extras and their installation as well.