You can install Tint2 panel in Ubuntu by running the command specified below:

You can install Tint2 in other Linux distributions from the package manager. More installation options and further instructions are available here.

Auto-Starting Tint2 on Each Login

You can run tint2 panel by running the command below:

If you are launching Tint2 for the first time, it should appear on your desktop as a bottom panel. 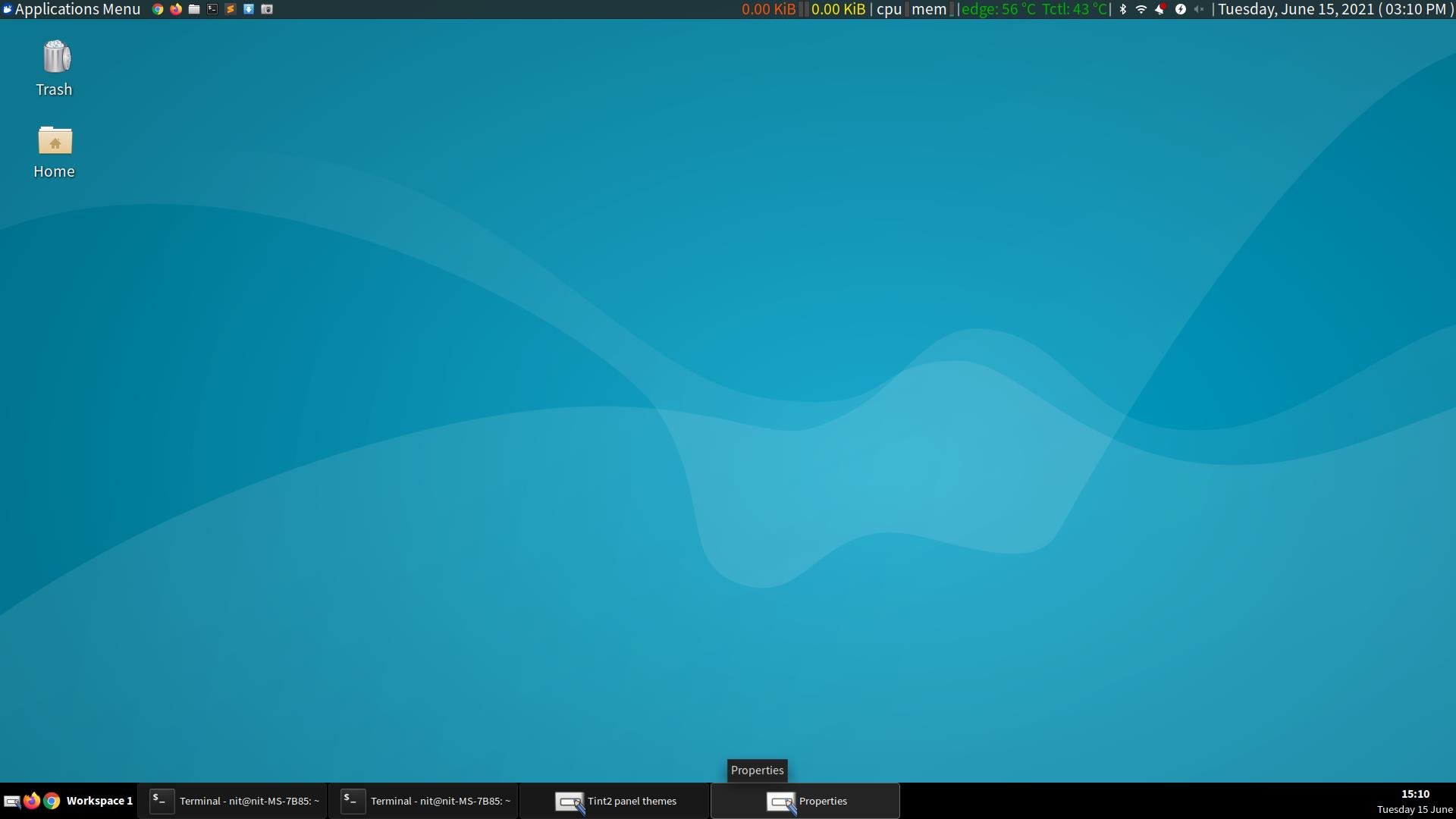 To make it appear everytime you reboot or log into a fresh session, you have to add the command to the “auto-start” application shipped by default in your Linux distribution. To do so, search for the term “startup” in the application launcher and run the appropriate startup application manager available in your Linux distribution. The screenshot below illustrates adding Tint2 to startup applications in Xubuntu 21.04 (Xfce4 desktop environment). Just make sure that in the command field, you etner “tint2” as command (without quotes). 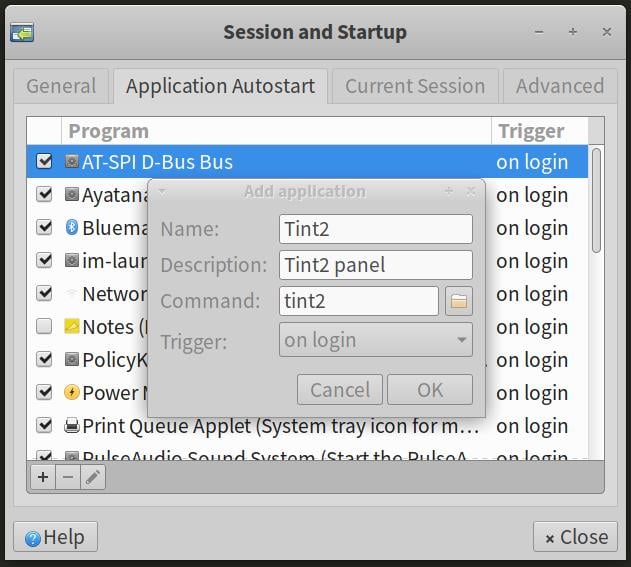 If you are using a Linux distribution that doesn’t ship with any startup manager, you can use the instructions available from the official Tint2 wiki to make Tint2 appear on every fresh session. 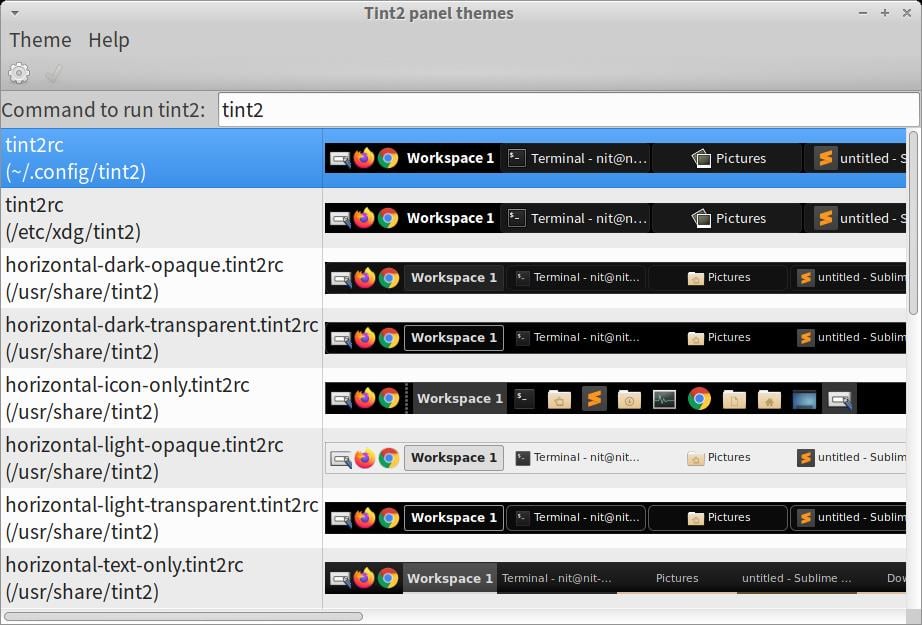 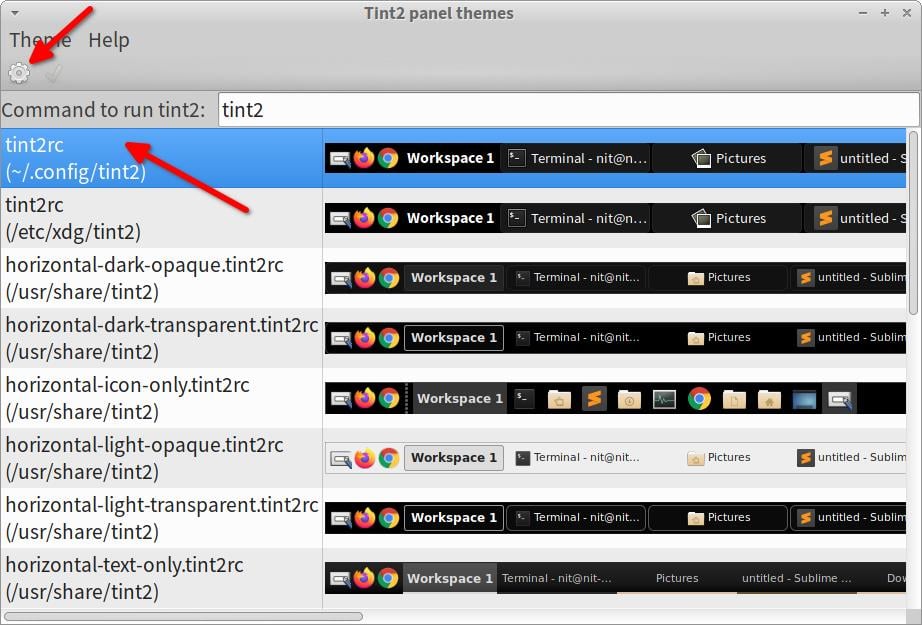 It is a good idea to make a copy of the default theme by using the “Save as” option, as shown in the screenshot below. You can customize the freshly copied theme and keep the default one intact. 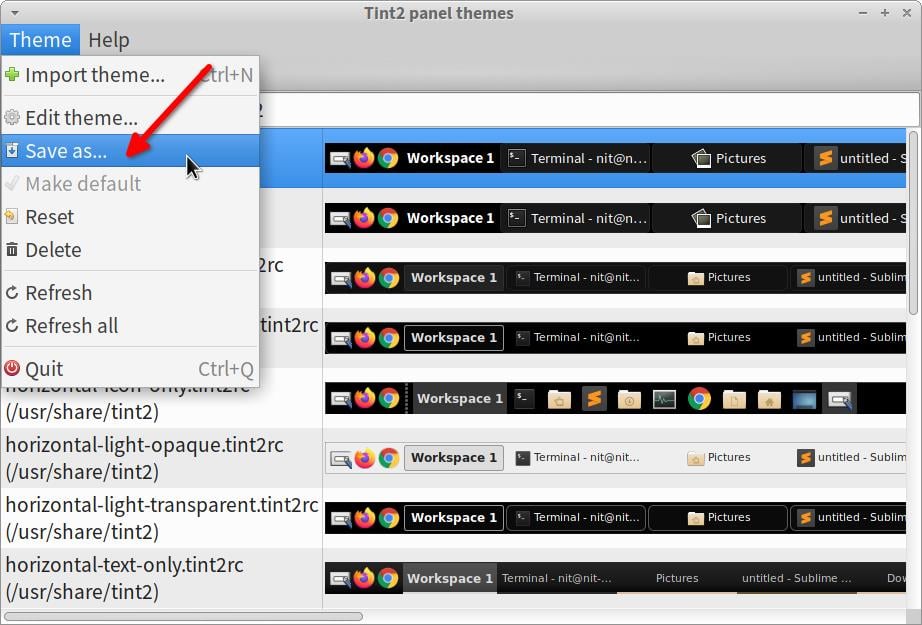 Alternatively, you can reset the default theme and other presets by clicking on the “Reset” menu entry (as shown in the screenshot below). 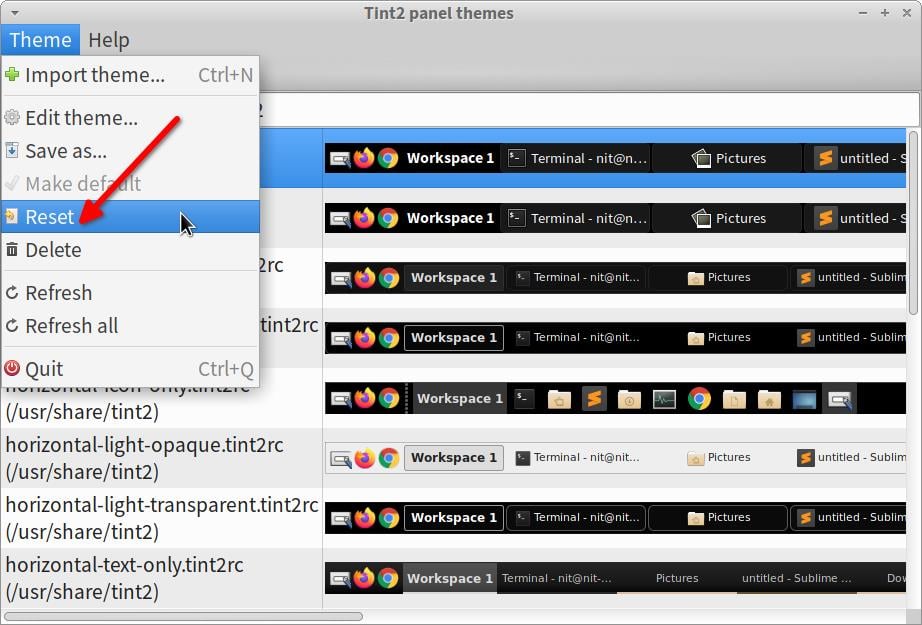 After following the above steps, you should see a graphical theme configuration utility called “Properties”: 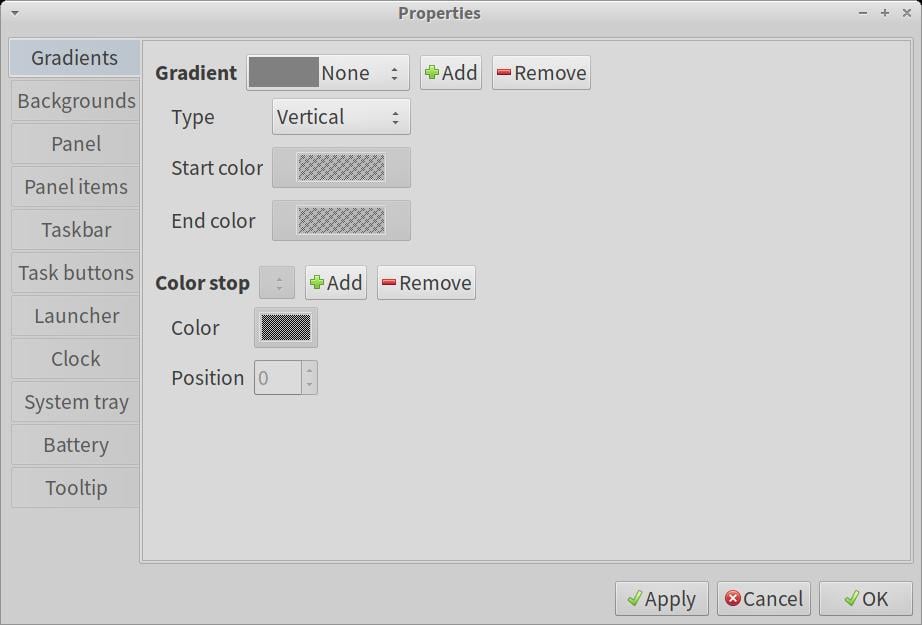 You can now switch between tabs to customize every aspect of the panel. Here is a brief description for each tab:

Once you are done with customizing the panel, click on the “Apply” button to save your changes. 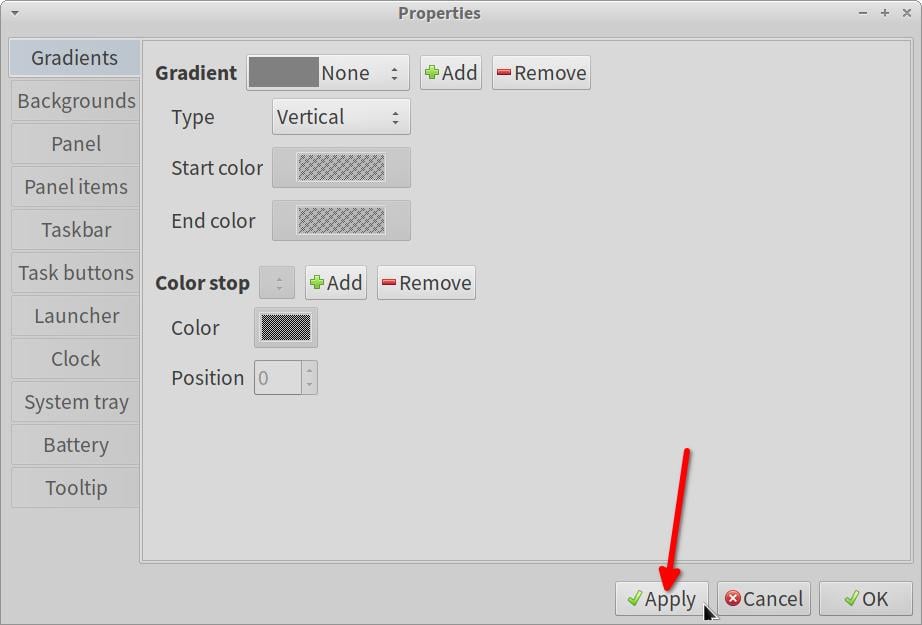 Manually Editing the Config File in a Text Editor

Instead of using graphical utility, you can also manually edit config files to customize the panel. The default configuration file is located at “~/.config/tint2/tint2rc” path. You can read the official configuration guide to know more about syntax, configuration variables and how to apply them.

In case you want to use a custom config file, just change the command in the startup application manager and supply the full path to the configuration file as an argument.

Change the value after the “-c” switch as needed.

Tint2 is a highly configurable panel application that can be used as a dock as well. It comes with hundreds of options and you can tune it to any style. Third party themes and config files are also available and you can also share your own customizations. I have tested it on GNOME Shell, MATE desktop, and Xfce4 and it works wonderfully on all of them without any issues