The Terminal is the primary tool of any Linux distribution. The terminal is used to handle the operations on the Linux systems. Terminus (now Tabby) is a modern age terminal based on web technology. Tabby(Terminus) is an open source and feature full terminal for multiple operating systems. The name of the Terminus is now replaced by Tabby.

Tabby (formerly known as Terminus) can be used as a local terminal, Telnet and SSH connections. It is a fully featured terminal with extended support for PowerShell, Git-Bash, CMD and many more.

This article acts as an installation guide to install Tabby (formerly Terminus), a modern age terminal on Ubuntu 22.04

Tabby (known as Terminus) still comes as an alpha variant which states that it is unstable. It can be installed using the Debian package or installing it from a tar.gz file. This section enlists various steps to install Tabby on Ubuntu 22.04.

Note: The .deb and .tar.gz file of Tabby is available on the following link. Moreover, you can also get the latest as well as the old versions of Terminus from the link.

Step 1: Open the Ubuntu terminal (CTRL+ALT+T) and execute the following command to download the .deb: 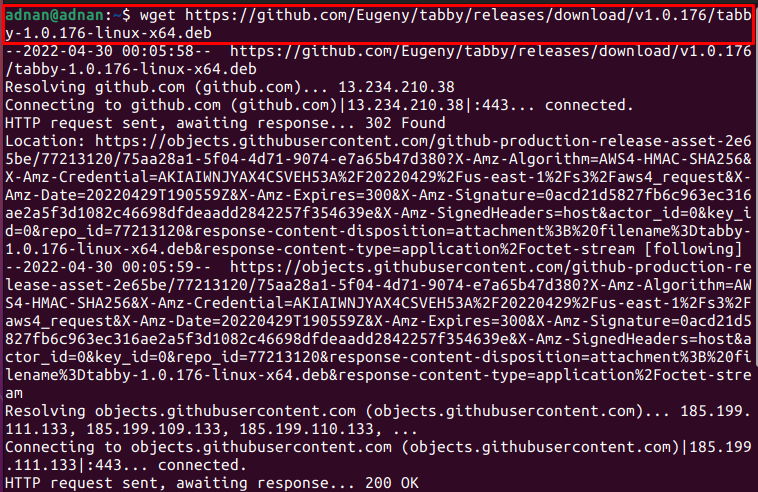 Check the availability of the file by using the “ls” command as follows:

The output shows that the Debian file named “tabby-1.0.176-linux-x64.deb” is available in the directory.

Step 3: You can install the Debian package by using the “dpkg” command as we did here:

Note: If you encounter any dependencies missing error, you can use the following command to install those dependencies and fix the issue:

Step 4: After successful installation of the package, you can launch it from your Ubuntu’s terminal as follows:

Upon the launch, the following window will appear: 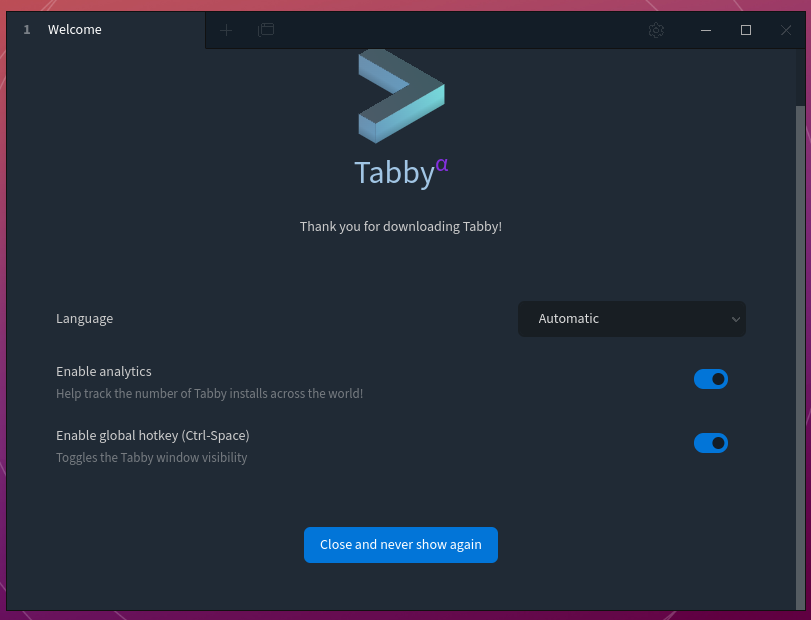 Click on “Close and never show again” and navigate to the “New terminal” option: 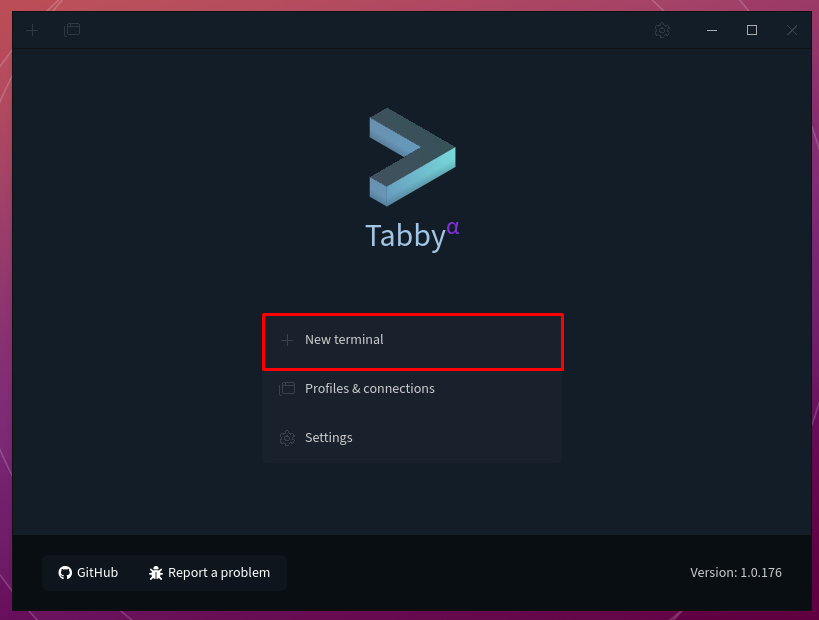 A new terminal will appear where you can execute the commands and can enjoy the different experience as compared to the traditional terminals: 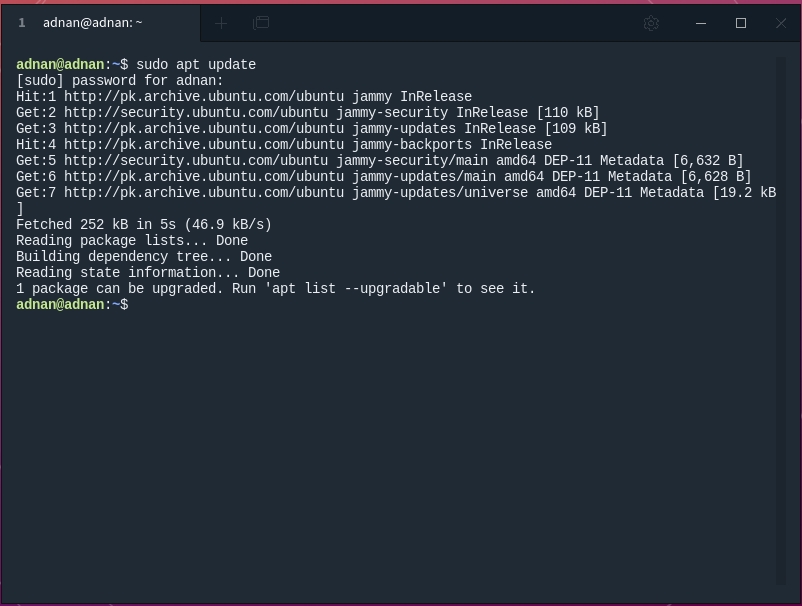 Here you go with Tabby!

How to remove Terminus from Ubuntu 22.04

Tabby is a modern age and featureful terminal. However, if you want to remove it from Ubuntu 22.04, the following command will assist you in this regard:

Tabby (formerly known as terminus) is a modern age terminal to get all the support that a Linux terminal provides. The functionality of Tabby is inspired by “Hyper“, which is a highly configurable web technology-based terminal. Moreover, it is customizable for better aesthetics and performance. This article provides the installation of Tabby on Ubuntu 22.04. Additionally, you have also learned how to remove Tabby-terminal from Ubuntu 22.04.