Sublime Text is a powerful and lightweight text editor for developers. It has native support for several programming and markup languages. Moreover, you can enhance its functionality by using the third-party plugins. It comprises several features, some of which include auto-indentation, syntax highlighting, snippets for quick insertion of text and code, and multi-line editing. You can use the Sublime Text editor on Linux as well as on Windows and macOS.

In today’s post, we will show you how to install the Sublime Text on Debian 11 “bullseye”. All the commands described here are executed on the Debian Terminal. Let’s start the installation procedure.

Provide the sudo password if you are prompted for it.

2. Download the repository signing key for the Sublime Text. This key is required to verify the downloaded packages.

3. Update the repository index through the following command:

4. Now, you can install the Sublime Text to your Debian system through the following command:

After running the previous command, you may be prompted for confirmation. Hit “y” to proceed with the installation process. 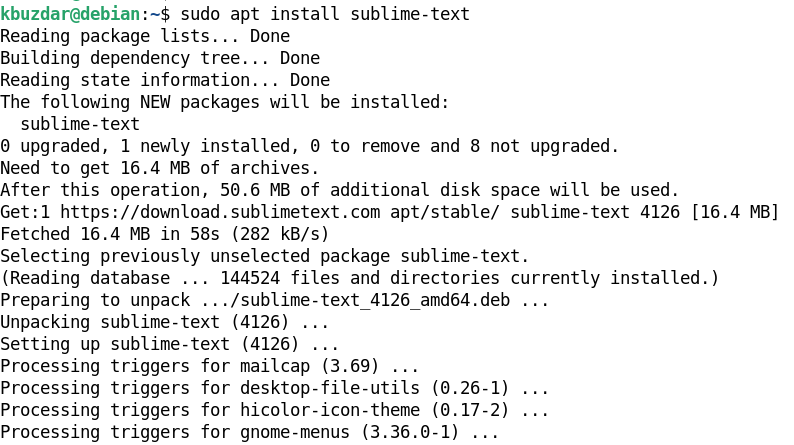 This should install the Sublime text on your Debian system. 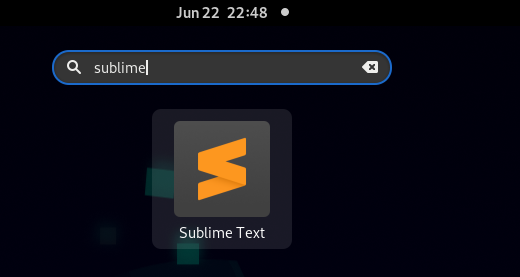 If, for any reason, you want to uninstall the Sublime Text from your system, you can do so using the following command:

After running the previous command, you may be prompted for confirmation. Hit “y” to uninstall the Sublime Text from your system.