Steam is one of the largest marketplaces for gaming. It hosts thousands of games from publishers all over the world. If you’ve ever been into gaming, then Steam is definitely a name you’ve heard.

In addition to the awesome online marketplace, Steam also offers a dedicated client for easier management of games. For Linux, however, Steam is more than that. Steam is the leading platform for supporting Linux as a viable gaming platform. Thanks to Steam client and Proton, a big portion of Steam games can run on Linux.

In this guide, check out how to install Steam on Fedora Linux.

Steam offers an official desktop client for multiple platforms, including Windows, Linux, macOS, etc. By default, Steam offers a DEB package for Debian/Ubuntu-based systems. For Fedora, however, the installation is a bit different.

RPM Fusion is a 3rd-party repository for apps that Red Hat and Fedora Project don’t ship. The software comes in pre-compiled RPM packages for all current Fedora versions and RHEL or clone versions. RPM Fusion works with YUM, DNF, and PackageKit, etc.

Note that Steam for RPM Fusion is available only for 32-bit architecture. However, it should work fine under Fedora 64-bit system.

The flatpak package manager comes pre-installed with Fedora. So, there’s no need to install it again manually. However, if it’s missing, then run the following command to install it quickly.

Once the client is installed, it’s time to configure it. Launch the Steam client.

When launched for the first time, Steam will download the latest updates. It may take some time. 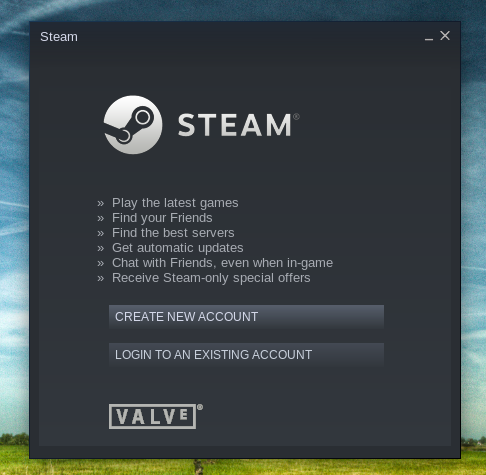 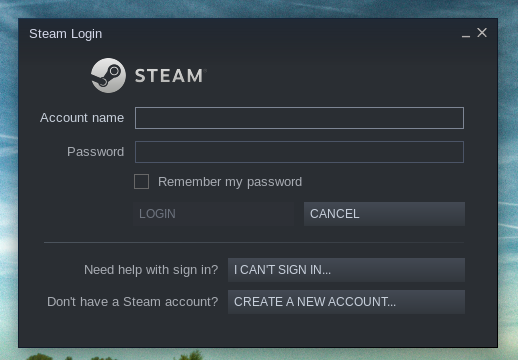 Voila! Steam is up and running!

Proton is a powerful tool released by Valve Software (owner of Steam). It’s integrated with the Steam client. It’s the tool that offers to have a better experience playing Windows games on Linux. Under the hood, Proton is a combination of multiple tools like Wine and DXVK. It’s all installed and maintained automatically.

There’s also a big database to find out whether your desired game is stable under Proton. Check out ProtonDB.

From the “Settings” window, select “Steam Play” from the left panel. 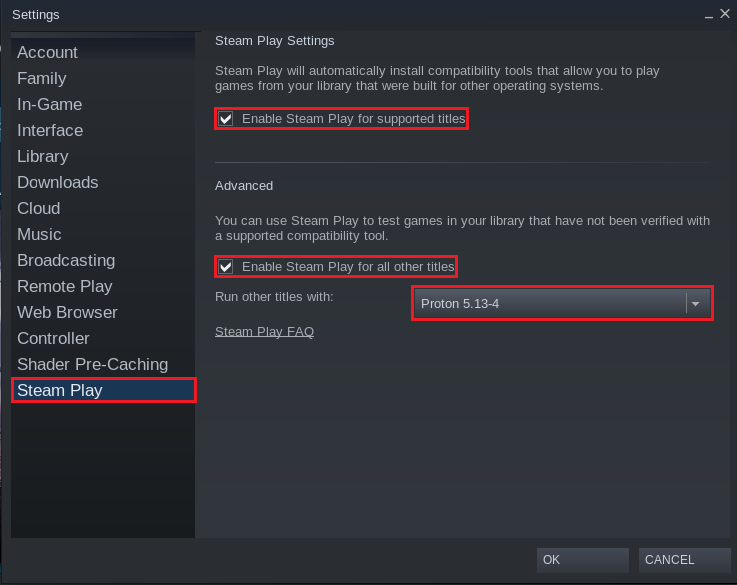 Check the options marked in the screenshot. As for the Proton version, ensure that it’s the latest version.

Steam will prompt for restarting the client. Select “RESTART STEAM” to take the changes into effect.

If for some reason, Steam is no longer required, you may want to uninstall it. Depending on the installation method, the uninstallation procedure will vary.

If Steam was installed from the RPM Fusion repo, then DNF can do the job.

If Steam was installed as flatpak, then use the following command instead.

To further clean up the Steam residue files and directories, run the following commands.

Installing Steam is not a difficult task at all. Enjoy all your favorite games from Steam.