Spotify is one of the most popular audio music streaming platforms in the world like Apple music and many more. From where you can listen to tons of songs and music. The Spotify team has worked really hard to make it the best music platform by adding the oldest music libraries to the latest song playlists.

In this post, we will guide you to install the Desktop client of Spotify on Ubuntu 20.04.

In the desktop client, you have a lot more features and options than on the web platform. You can pause, play, fast forward, and listen to the next songs by setting the keyboard shortcuts and much more like that.

There are basically two different ways to install Spotify on Ubuntu 20.04:

Install Spotify from the Snap store on Ubuntu 20.04

The best and quickest way to install Spotify on any Linux-based Operating System is through Snap Store. Snap store allows installing any application or software in one command. Snap Store downloads and installs all the required dependent libraries for the application like Spotify.

Step 2: Install Snap (if not installed)

Snap comes in by default in Ubuntu 20.04, but if it is not installed, in any case, then install the snap by typing the following command:

After the installation of snap, type the following command to install Spotify client for ubuntu 20.04:

It will be downloaded and installed in a couple of minutes.

Once the Desktop client of Spotify is installed, search for “Spotify” in the applications menu. 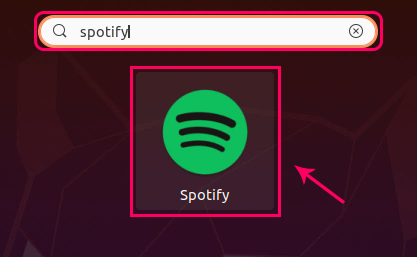 Click on the “Spotify” icon from the search result. 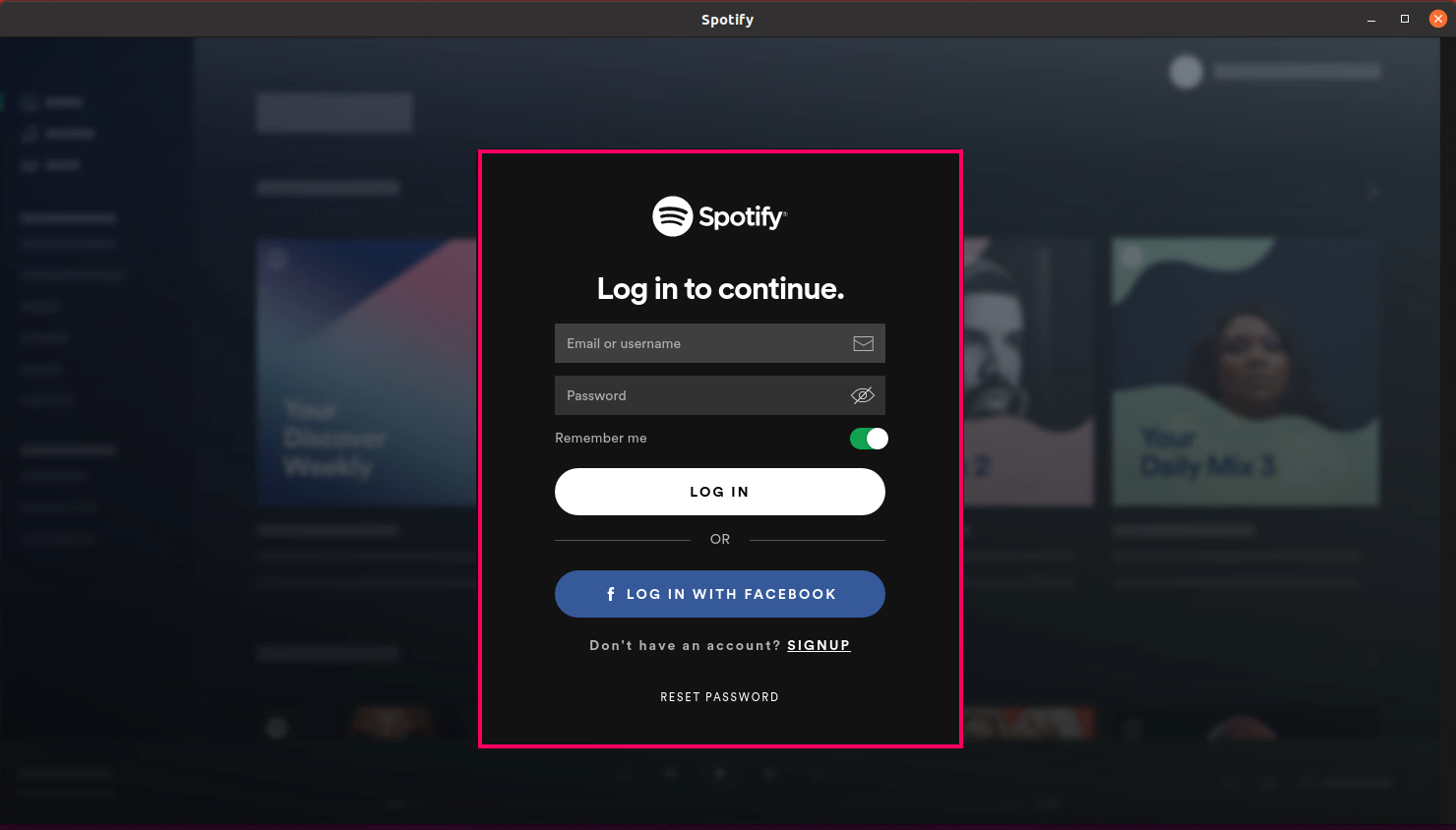 Here you can have the clean and elegant look of Spotify on your Ubuntu system.

The best part about installing Spotify through the Snap store is that it will be automatically upgraded whenever a new version of Spotify comes into the market.

Alright! Now, let’s see how to install Spotify from the deb package provided by the Spotify repositories.

Step 1: Install curl (if not installed)

If curl is not installed, then install it first by typing the following command: 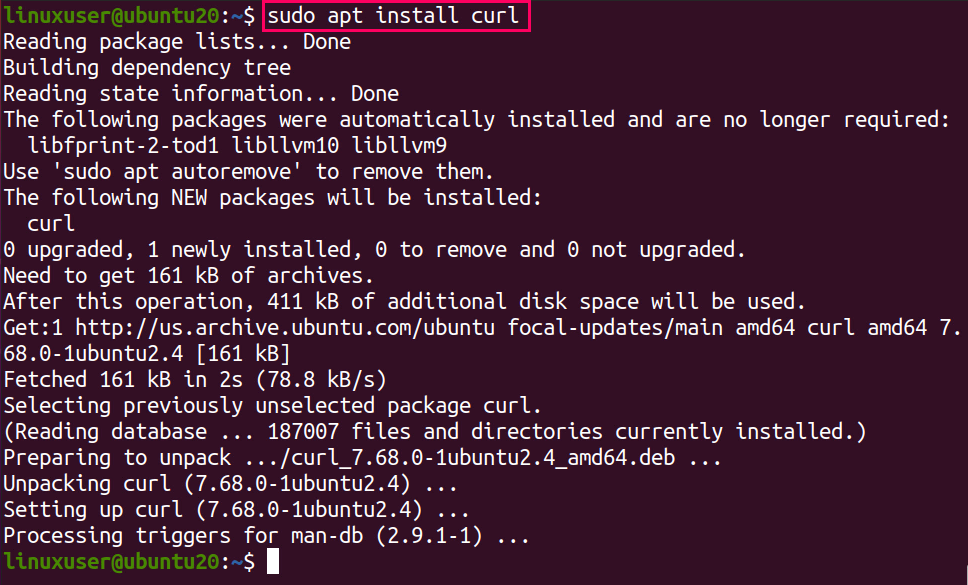 Type the command given below to import the public GPG key provided by the Spotify official website:

Once the key is added, add Spotify’s deb package to your Ubuntu system’s sources list by typing the following command:

After adding Spotify’s deb file to your software sources list. Spotify is ready to install.

Now, first, update the package repository by typing the command:

Then, install Spotify by typing the following command: 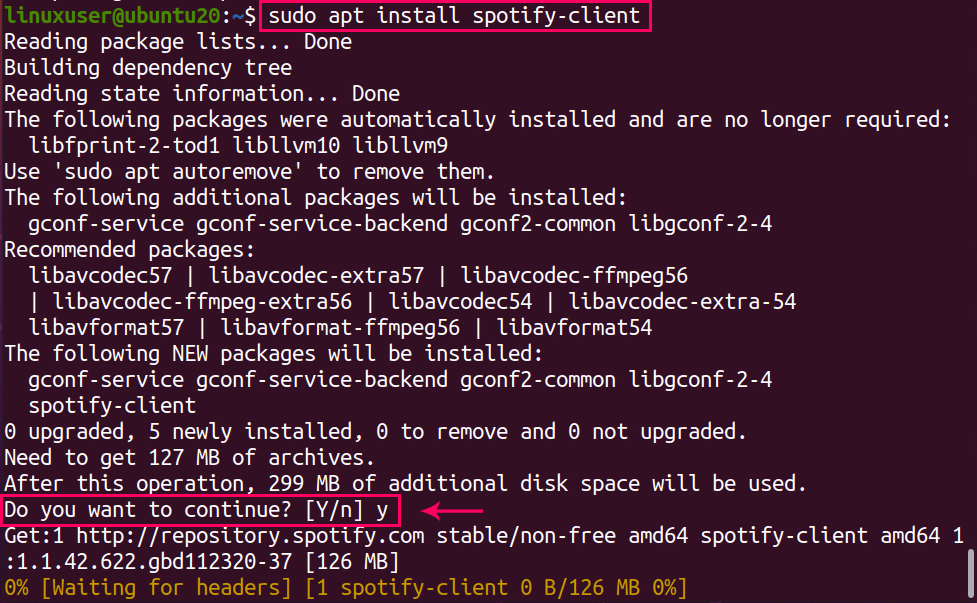 You can witness that Spotify is installed.

You can launch it by searching for “Spotify” from the Application menu.

So, these were the two different yet the best and easiest ways to install Spotify on Ubuntu 20.04 LTS.