Siege is an open-source regression test and benchmark utility used to stress test a website URL with several simulated users accessing a website. Developers can check the performance of their code using Siege. It works by hitting a web server simultaneously with many concurrent users. These users put the webserver under stress for a configurable period or until a manual interrupts the user running the Siege program.

In today’s guide, we will learn about the Siege benchmarking tool. We will see how to install and use it with Ubuntu 20.04. Let us quickly learn the basic overview of Siege.

Attention: Please read the note below before attempting to run this guide in a real-life environment:

Critical performance metrics for analysis provided by Siege benchmarking tool can be broadly classified as:

Availability: It gives the percentage of socket connections which the server has successfully handled. It is calculated by the number of socket failures (including timeouts) divided by the total of all connection requests. The result does not comprise 400 and 500 range server errors included in “Failed transactions”.

Total Transactions: It is the number of server hits. By default, there are 25 simulated users, each of which strikes the target server 10 times, giving 250 transactions. The number of transactions can exceed the number of strikes because Siege computes every server strike a transaction, i.e., redirections and authentication strikes are computed as two hits. Siege sticks to the HTTP specification, and it emulates the behavior of a browser.

Response Time: It is the average time taken for responding to the requests of each simulated user.

Transaction Rate: It is the average number of transactions the server can handle in a duration of a second or transactions divided by total time passed.

Throughput: It is defined as the mean number of bytes transmitted per second by the server to every simulated user.

Successful Transactions: It is the number of times the server acknowledged with a return code smaller than 400.

Failed Transactions: It is the number of times the server acknowledged with a return code greater than or equal to 400, including all the failed socket transactions with socket timeouts.

Elapsed Time: It is the duration for which the Siege tool runs the test. It is calculated from the time the Siege is started till a simulated user finishes its transactions.

Data Transferred: The total amount of data transferred to every simulated user of the Siege test. It comprises the header information and content of the data packet.

Concurrency: It is the mean number of concurrent connections. It increases as server performance decreases. 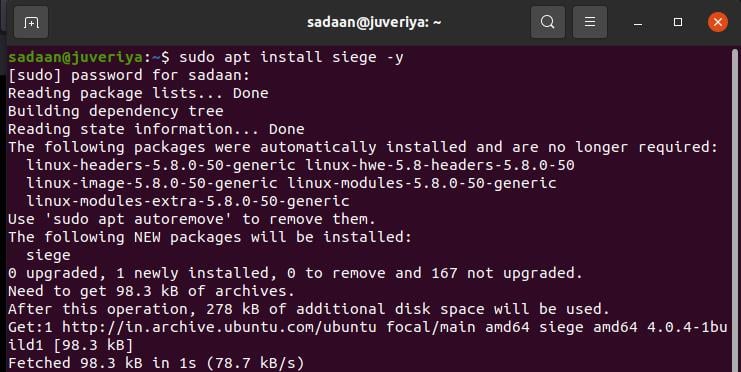 The syntax for using siege is:

Siege has many command-line options, as shown in the table below.:

Let us deploy an Apache web server on one of the machines (With IP address 192.168.42.216) and run a Siege test against it from another machine. 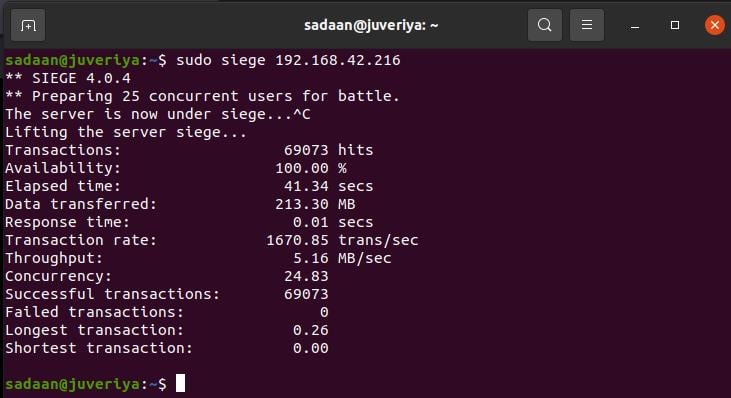 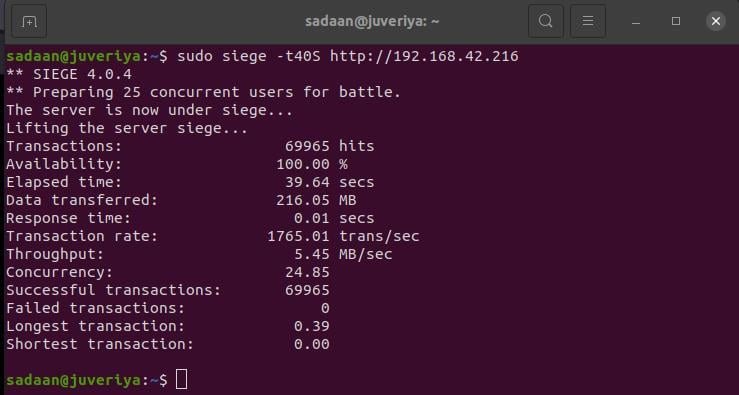 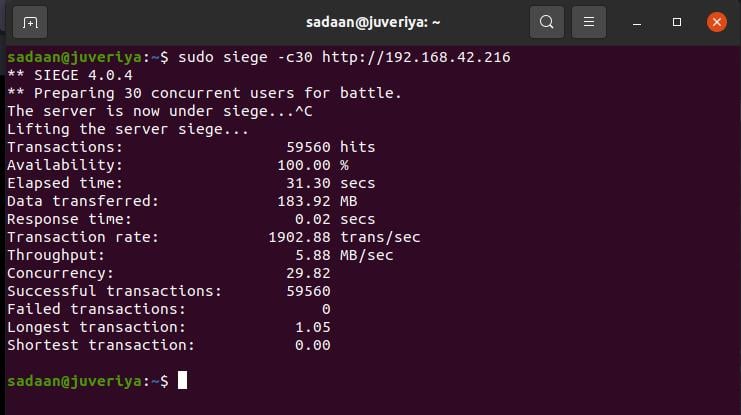 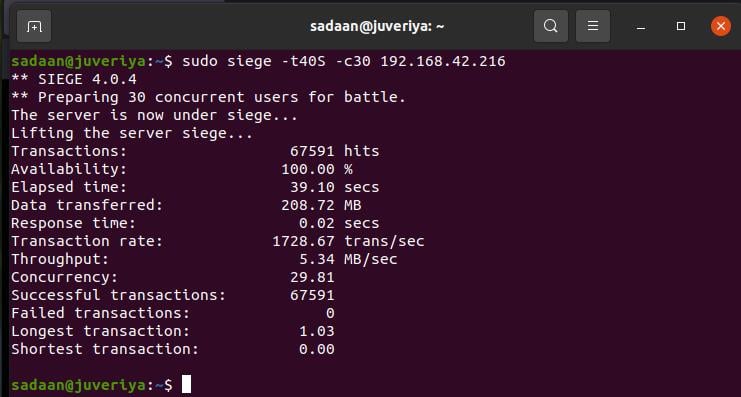 In this guide, we learned about installing and using the Siege benchmarking tool. Try to explore more possibilities with Siege by using different options.