How to Install RPM Packages on Ubuntu

There are two different approaches to installing RPM packages on Ubuntu, either by directly installing them or by converting them into Debian packages. For both methods, a third-party application, alien, is required to be installed using the command:

The alien software has been installed.

Method 1: How to Install RPM package directly on Ubuntu 22.04 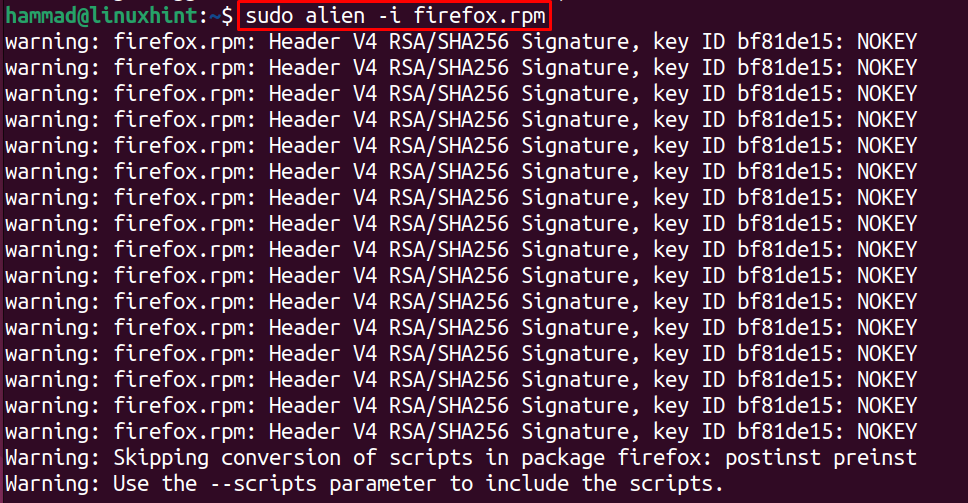 The RPM package of Firefox has been successfully installed on Ubuntu.

Method 2: How to install RPM Package by converting it into Deb package on Ubuntu

After the above command is executed, the package is converted to a Debian package which can be installed using the command:

The package will install after the complete execution of this command.

The third-party application, Alien package manager can be installed on Ubuntu for managing the RPM packages. In this blog, two different approaches are explored to install the RPM packages on Ubuntu Jammy Jellyfish.