React or Reacts was launched in 2011. It is a front-end JavaScript library that is used to develop UI components. It is managed by Facebook and open-source developers.

ReactJS is an open-source library that makes it effortless to create and maintain interactive UI specifically for single-page applications. Many developers are using it because of its flexibility, integrity, and its feature to bring Html directly into JS. Many well-known corporations such as Facebook, Uber, and Instagram used the ReactJS framework to create interfaces. To get ReactJS on Ubuntu, follow the procedure given below:

First, we need to install NPM, which is a dependency management tool containing all libraries. You can download any software package without login:

To install npm, open up the terminal and type the following command:

To verify if the installation is completed successfully, check the npm version through the command:

The npm will also install the node library along. To confirm its version, type:

Run the following npm command to install the create-react-app utility:

Check if the version is updated using the command:

The downloading process has been completed. Now you can create React-Application.

I am giving the name of the application as “linuxhint”. Run the below-mentioned command to create an application:

After getting all packages, change the directory using:

You will get the following output:

And your browser will open-up and shows you that the app is up and running with local host-3000: 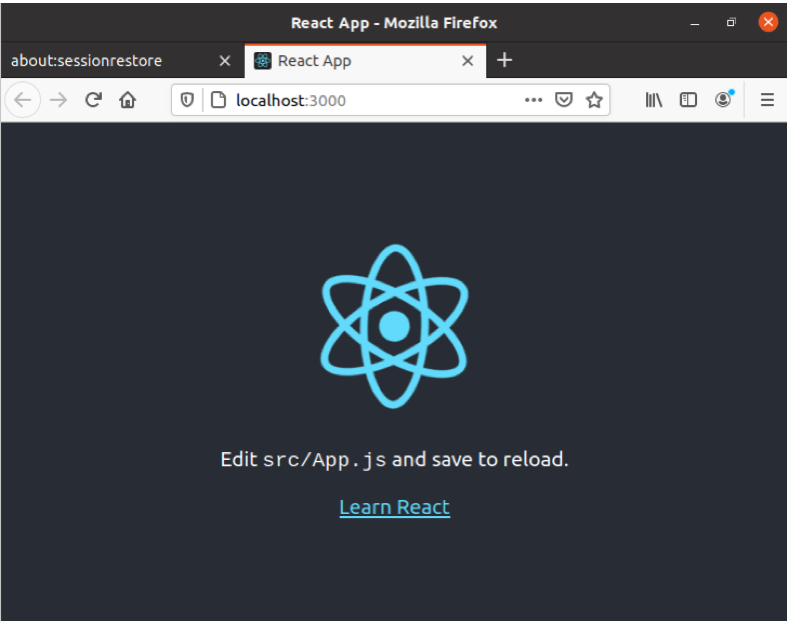 You have seen in this guide the process of installing  ReactJS on Ubuntu 20.04. ReactJS is a Javascript library that is famous among huge platforms like Facebook and Uber because of its usefulness and advanced features. What makes it unique is that it allows developers to break complicated UI into components.