R is an open-source programming language which is widely used for performing analysis and data visualization, along with developing statistical applications. It offers support for a plethora of packages that make it very useful in a wide array of fields. After getting through the initial learning curve, you can create effective and efficient data visualization to leave your users in awe. Let’s see how you can leverage the power given to you by R by installing it on Debian 11.

First lets update the system to make sure packages and dependencies are up to date before installation.

The default package for R included in the Debian 11 repositories features an older stable version of R. In your terminal; you can use the following to install R:

Voila with the apt install command R is installed now type the command R at the shell to open the interpeter: 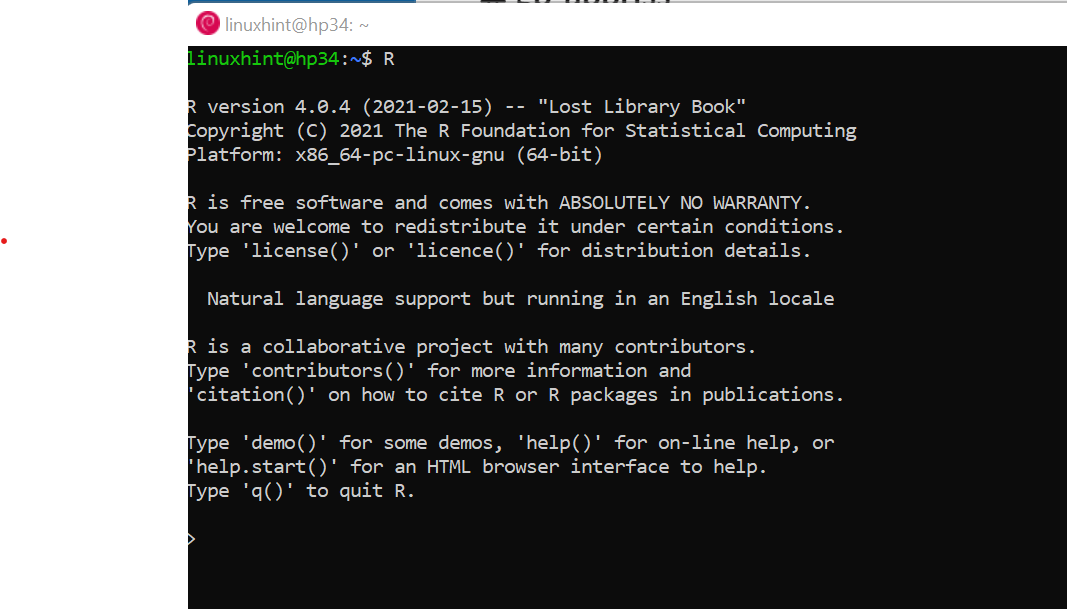 Running this command will launch R in your terminal and give you the current version installed (4.0.4). This confirms that R has been successfully installed on your Debian 11.

You can use basic variables and do arithmetic operations in R programming language, you can even do this interactively in the R terminal. Here is a simple code example for sum of 2 numbers. 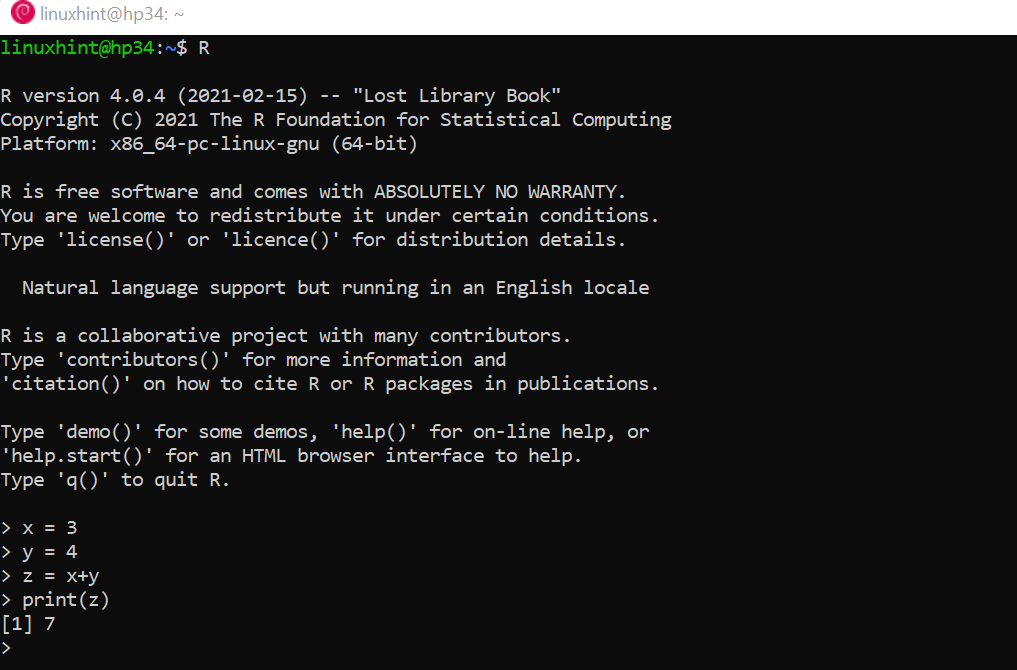 Basic If Else Conditional in R

But running in interactive terminal R helps make a little less typing as shown below:

R Conditional IF ELSE

We can also run R programs from a script. Lets run code from above example in a script like this at the bash terminal using the Rscript command as shown here:

R is a programming language used for statistics and data science. It can be easily installed on Debian Linux as shown in this article and you can be writing code and running it in R in just minutes.