Python is one of the most widely utilized high-level languages, with applications ranging from simple scripts to complicated machine learning algorithms, and Pip is a Python package installation utility that is used for searching, downloading, and installing packages from the Python Package Index (PyPI).

Python is available in two versions: Python2 and Python3. Python3 is included in the Ubuntu 22.04 official repository. However, Python2 can be installed using the “universe” repository.

This write-up will discuss the procedure to install Python3 pip and Python2 pip on Ubuntu 22.04. So, let’s start!

To install Python3 pip on Ubuntu 22.04, you must follow the below-given step-by-step instructions.

Press “CTRL+ALT+T” to open the terminal of the Ubuntu 22.04 and run the below-given command to update system repositories: 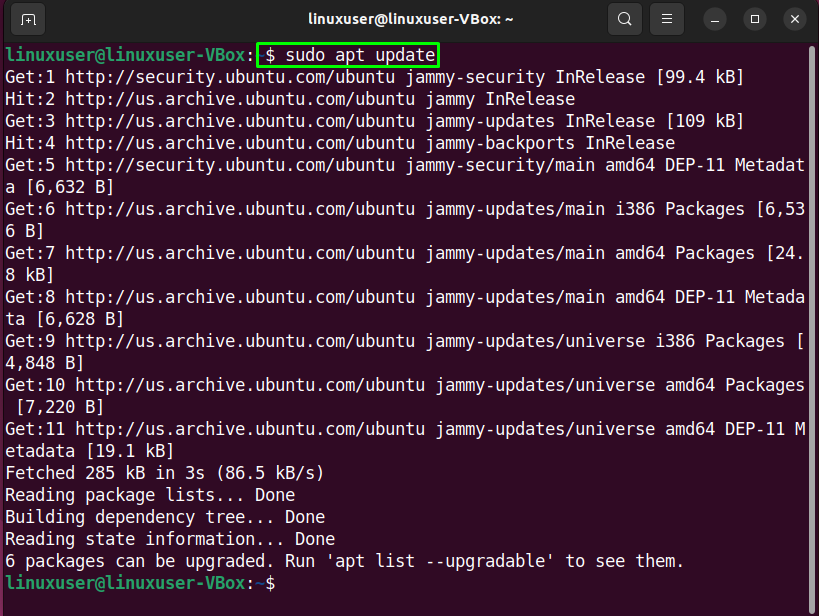 After updating the system repositories, execute the following command for the installation of Python3 pip on Ubuntu 22.04: 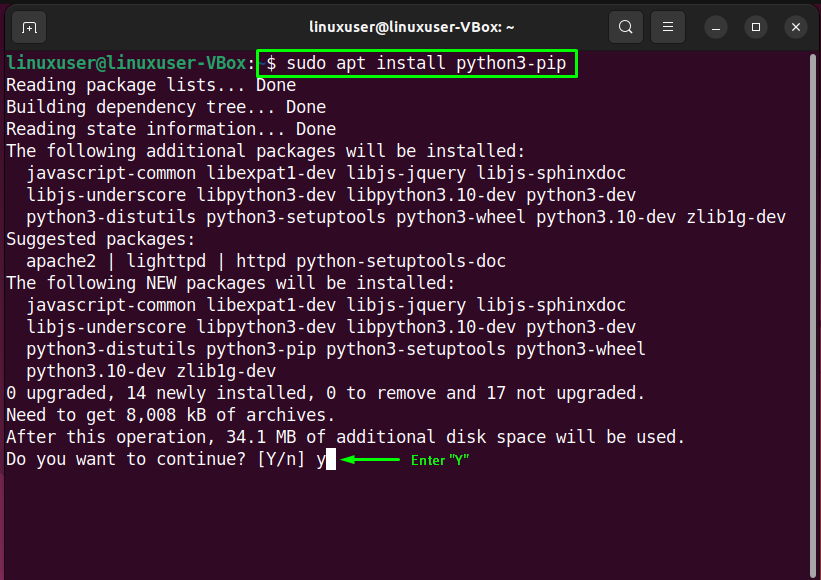 Type “y” to allow the ongoing installation to continue: 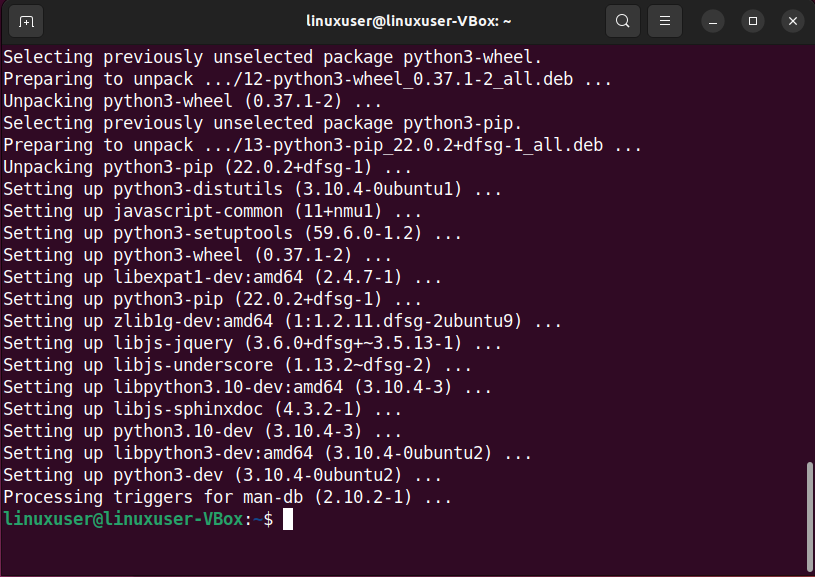 The above-given error-free output declares that now the Python3 pip is all set up on our Ubuntu 22.04 system.

To validate the existence of Python3 pip on your system, execute the “pip3” command with the “–version” command:

Want to get more knowledge about Python3 pip, its options, commands, and syntax? Check out its user manual with the help of the following command: 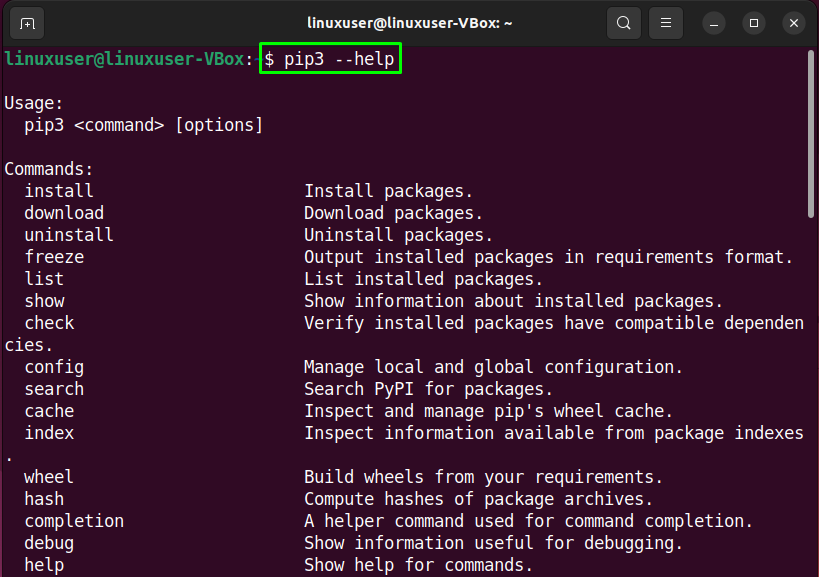 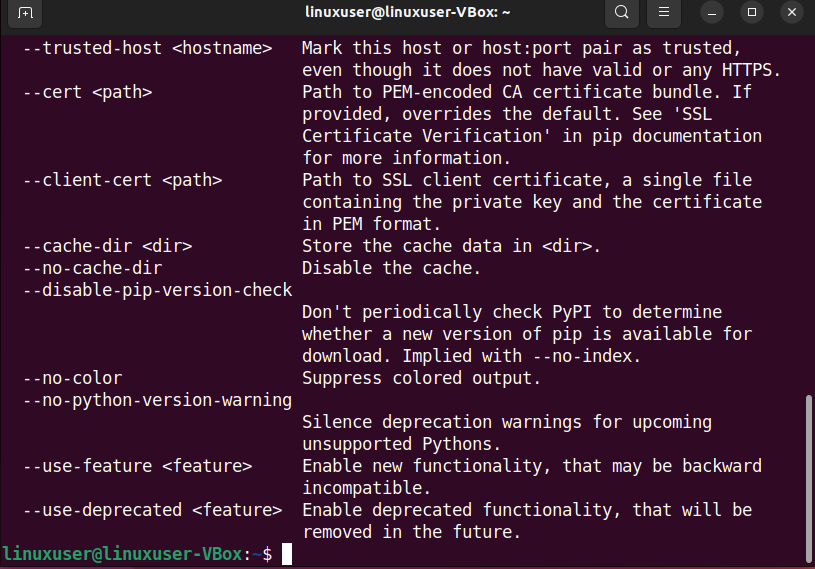 Now, let’s have a look at the other method of the Python pip installation.

As a Linux user, it is important for you to know that the default repository does not include pip for Python2. So, to utilize it on your system, enable the “universe” repository.

For the purpose of enabling the “universe” repository on Ubuntu 22.04, write out the following command: 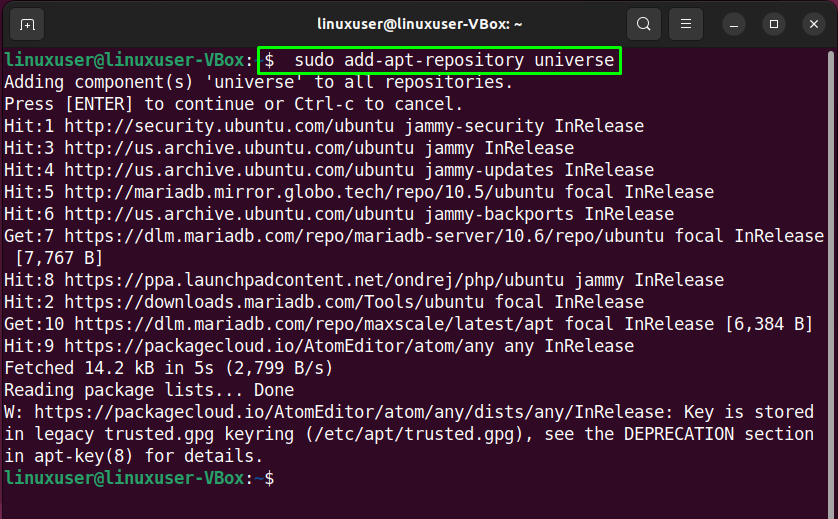 In the next step, you have to install Python2 with the help of the below-given command: 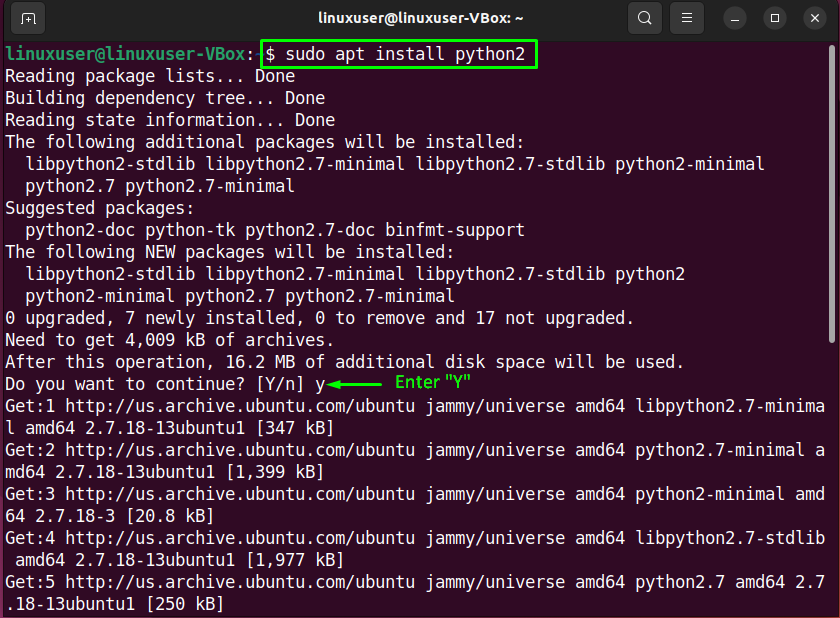 Wait for a few minutes as the Python2 installation will take some time: 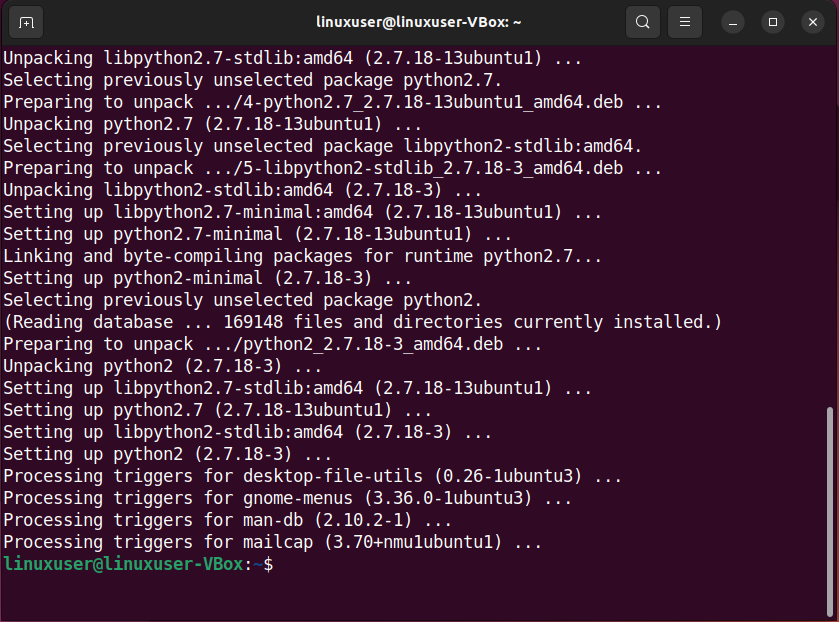 Then, execute the following “curl” command to download the pip script:

If you have carefully followed the previous given step, then at this point, your system is all ready for the installation of Python2 pip:

As you can see from the output, we have successfully installed Python2 pip along with its “wheel” and “setuptools”: 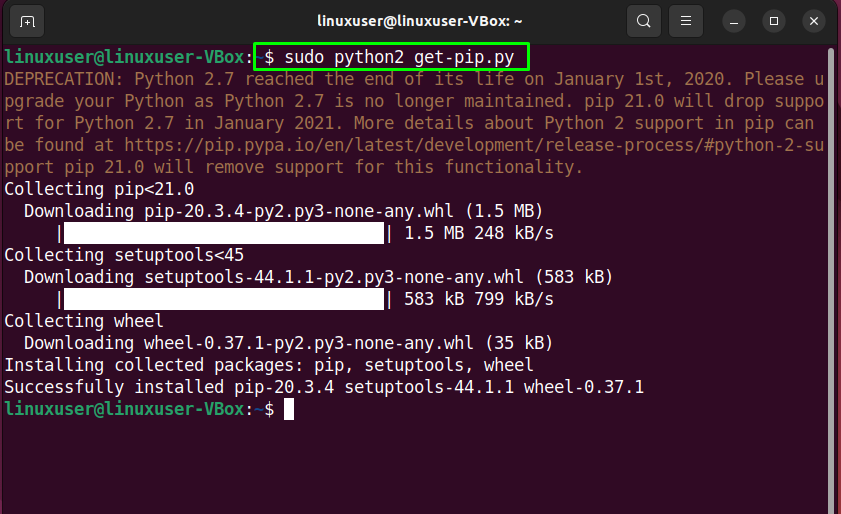 In order to check the version of the installed Python2 pip version, write out the given command in your Ubuntu 22.04 terminal:

To get more knowledge about Python2 pip, its options, commands, and syntax, check out its user manual with the help of the following command: 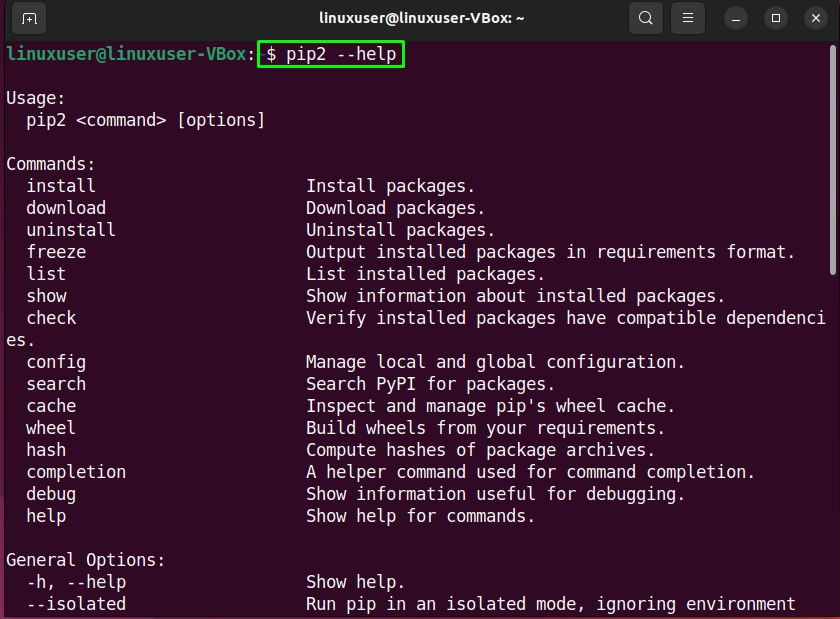 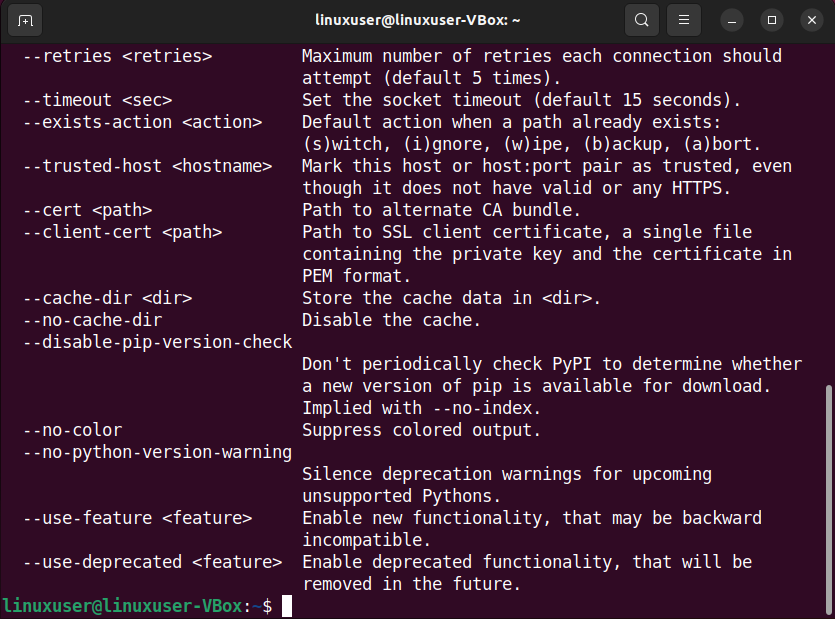 We have compiled the methods to install Python3 pip and Python2 pip on Ubuntu 22.04. You can further research as needed.

For the installation of Python3 pip on Ubuntu 22.04, you can execute the “$ sudo apt install python3-pip” command, whereas for Python2 pip, firstly enable the “universe” repository, then download the pip script with the “$ curl https://bootstrap.pypa.io/pip/2.7/get-pip.py –output get-pip.py” curl command. After that, utilize the “$ sudo python2 get-pip.py” command. This write-up discussed the install Python3 pip and Python2 pip on Ubuntu 22.04.