Python programming language is one of the most widely used high level and object-oriented languages. Python is becoming famous for beginners and experienced programmers due to its simplicity and easy to learn syntax. Python is a versatile and open-source programming language for a large community. You can use this language to build almost all kinds of applications, from a small, simple script to complex machine learning-based problems. The old version of python 3.7, you can install directly by using the apt package manager. Python 3.9, a stable version, has been launched with many other improvements and security updates. The company added multiple new modules and extended the existing modules with some extra features in this version.

You can’t install Python 3.9 from the standard Debian 10 repositories. However, you can install it from the python source.

Note: All steps we will run under the Sudo privileges.

Installation of python on Debian 10

Python installation is a very straightforward and relatively simple process that you can complete in a few minutes by following the below-mentioned steps:

First, you need to install all packages and dependencies required to build the python source. Therefore, to install all the required packages, type the below-mentioned command: 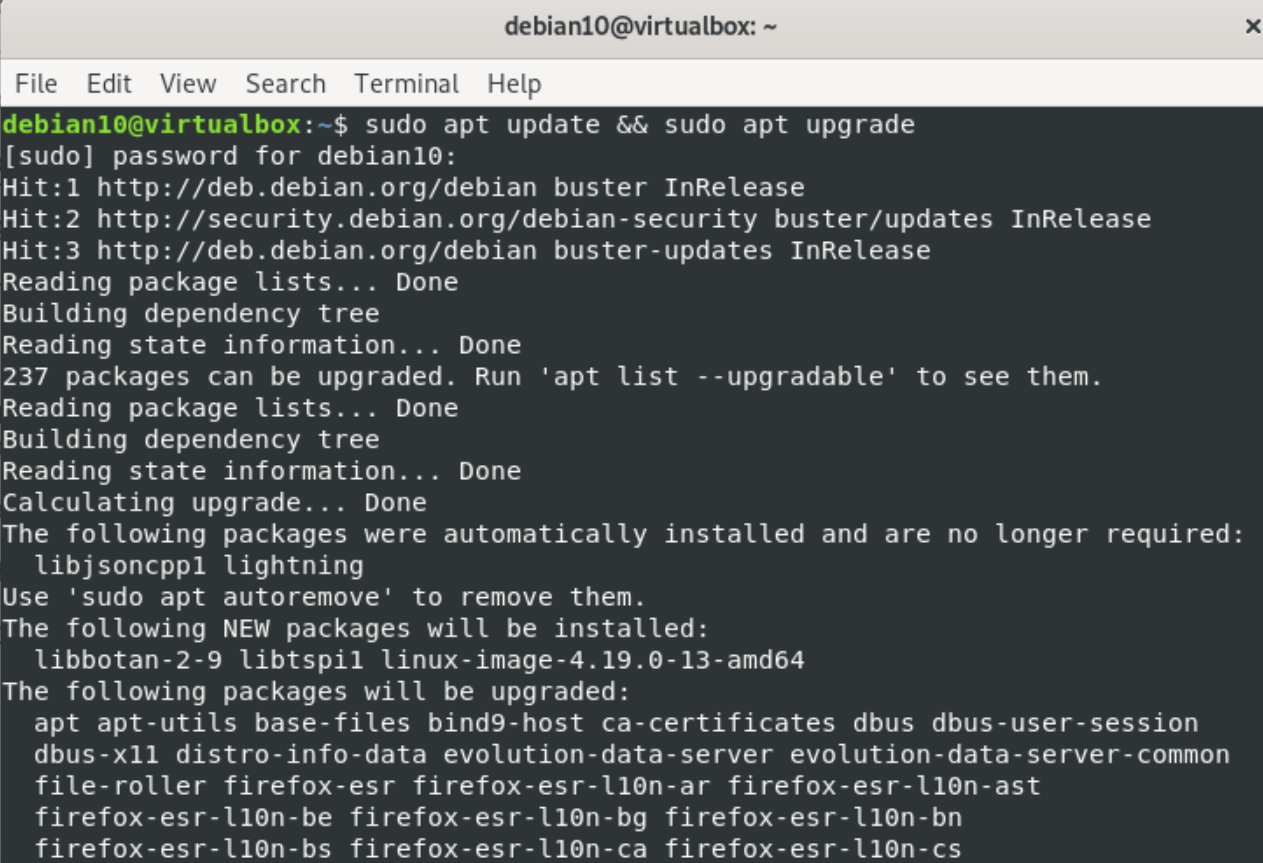 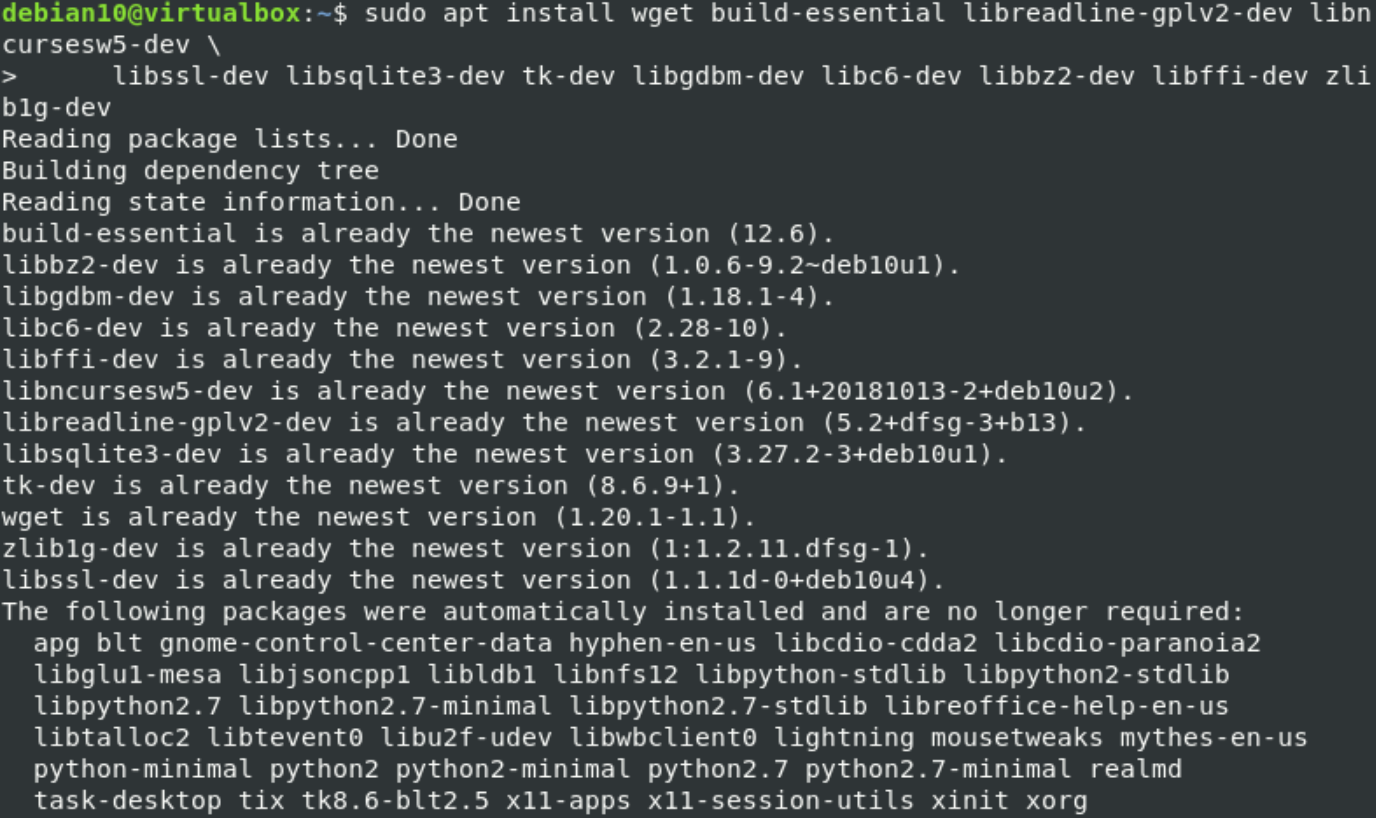 Once the download process is completed. The downloaded file will save into the .tar extension. So, you need to extract this file by using the following command:

Navigate into the following python directory:

Now, by executing the following command, run the below-mentioned configuration script to prepare your system for python source code compilation: 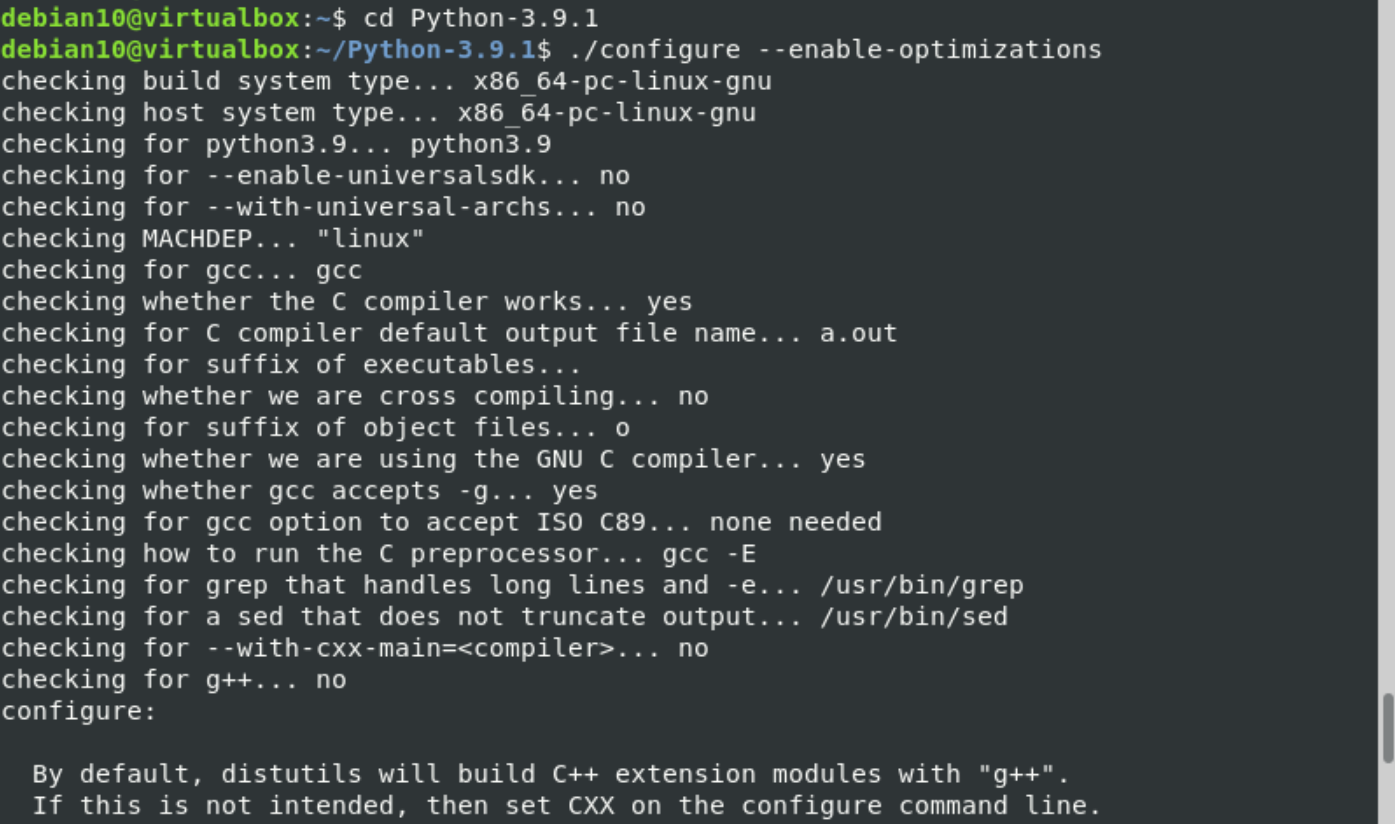 The above script will perform several checks to ensure that all of the dependencies are installed on your system. The ‘–enable-optimizations’ is used here to optimize the Python binary by executing many tests.

Now, start the build process by running the below-mentioned command:

You will modify -j according to your processor’s cores. To find the number by typing the ‘nproc’ command.

Once the above build process is completed, run the following command to install python binaries on your system:

Never use ‘make install’ to install the binaries because it will overwrite the binary of python 3.

Python is installed on your system, Debian 10. You can check the installation of python 3.9 by running the following command:

We have shown in this article how you can install Python 3.9 on Debian 10 Linux system. We have explained each step-in detail. By executing the steps mentioned earlier, you can easily install the latest Python release on your system. You can get more information about the python language from various internet resources. Thanks for reading this tutorial.