Microsoft .NET is a freely available, open-source software development framework. It includes guidelines and programming tools for creating mobile devices, web, desktops, gaming, and Internet of Things (IoT) applications. Companies and developers have utilized the .NET Framework for creating web-based and form-based applications since Microsoft released the initial version in 2002.

The Framework Class Library (FCL) and Common Language Runtime (CLR) are two primary components of the .NET Framework. These components permit software applications produced on the platform to be interoperable across numerous programming languages. Developers use the .NET framework for creating and running applications for Mobile, Windows, Windows Server, XML Web services, and Microsoft Azure in an environment comprising single integration.

The goal behind the development of the .NET was to remove the significant obstacles developers face in building applications, such as difficulty in updating programs, high ownership costs, and long development periods. Many of these difficulties were addressed in the CLR and FCL.

Why you should use .NET framework on Debian 11

Check out below-given list of some of the benefits of using the .NET framework on your Debian 11:

The .NET Framework is a good choice for creating versatile mobile applications.

This framework includes several options that simplify application development, such as regulated code sharing, no-impact apps, side-by-side versioning. Moreover, the safe code execution ensures that the code is deployed with the least conflicts.

The CLR and Managed Code are the two key elements that extend security options, including role-based and code access security in .NET framework.

As .NET is based on OOP methodology, less coding is required to achieve maximum outcomes. Furthermore, the code reusability feature of the .NET framework allows you to develop the application in minimal time.

Submission of forms, client authentication, site configuration, and its deployment, all of these tasks can be done effortlessly in the .NET.

The .NET framework is well-known for its monitoring system, which looks for memory leaks, infinite loops, and other issues.

All processes can be managed and monitored using the .NET Framework. If one of the processes is no longer operational, another process can be built in its place. This feature assists in the constant management of applications that are always ready to handle requests.

How to install .NET framework on Debian 11

In the next step, we will add the Microsoft package signing key to our list of trusted keys:

With the help of the above-given “wget” command, we will be able to get a deb file for adding the Microsoft self-hosted repositories: 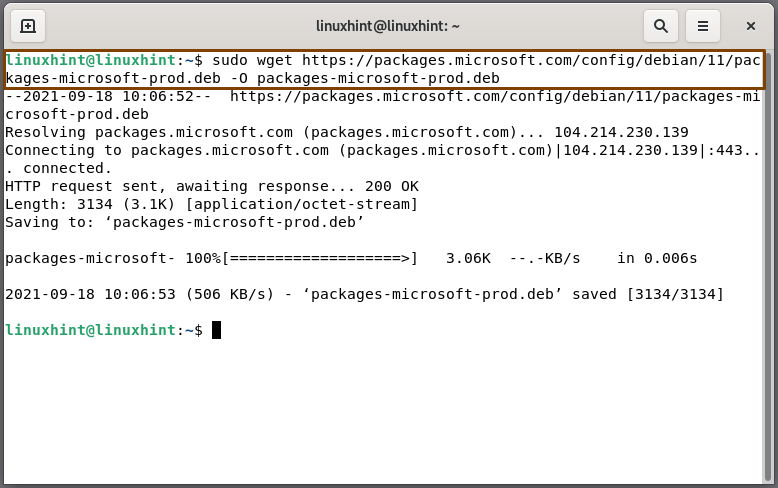 Now, fetch the repositories from the downloaded deb file with the help of “dpkg”. The “dpkg” is a Debian package manager that is utilized for building, installing, uninstalling, removing, and managing the Debian package. In our case, we will add the “-i” option in the “dpkg” command for installing the “packages-microsoft-prod.deb”:

The error-free output declares that the .NET framework is successfully installed on your system.

How to install .NET SDK on Debian 11

Using the .NET framework, if you want to create an application then go for installation of  .NET SDK on your Debian 11. The .NET SDK does not require a separate runtime.

Utilize the below-given command for installing the .NET SDK 5.0 on your system: 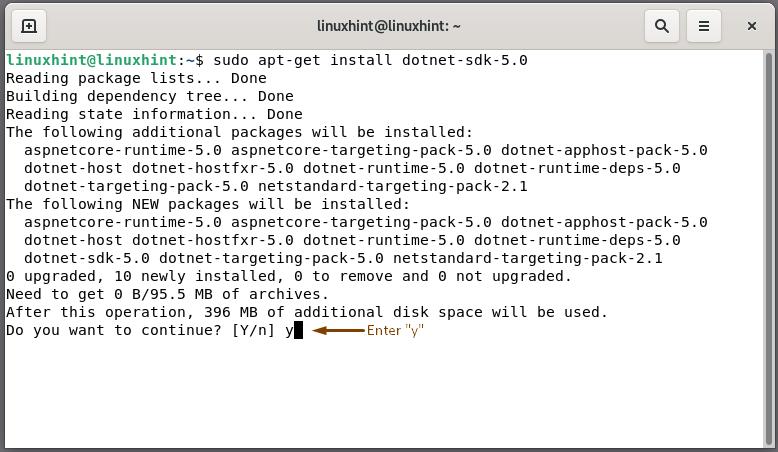 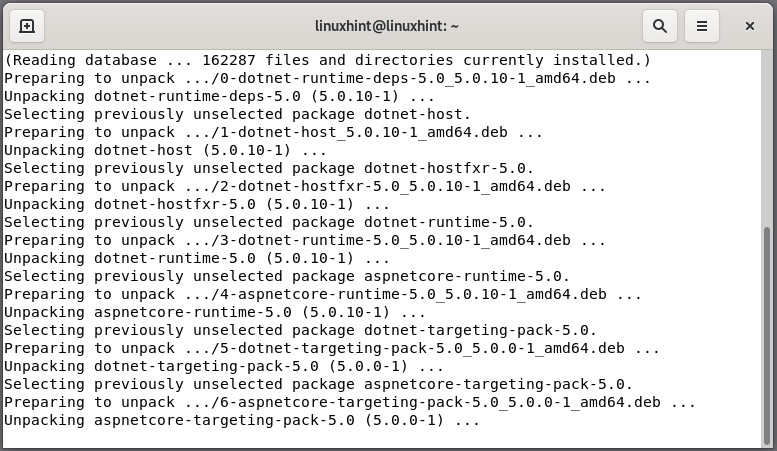 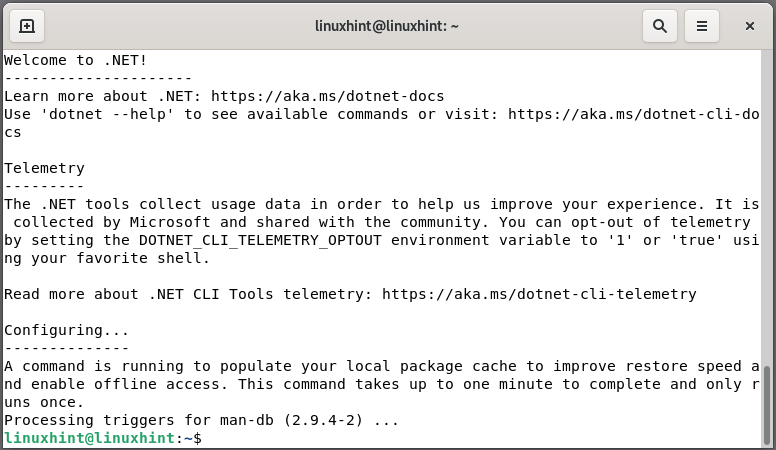 How to install .NET Runtime on Debian 11

You can install the .NET Runtime 5.0 if you only want to execute applications using the .NET framework:

How to install ASP.NET Core Runtime on Debian 11

The .NET is a freely available Microsoft development platform that can be utilized to develop any type of application. It includes many commendable features such as support for modern programming languages and automated memory management. In this post, you learned about the .NET framework, its components, and the benefits of using it on your Debian system. We showed you how to install .NET framework on Debian 11. Procedure for the installation of .NET SDK, simple runtime, and ASP.NET Core Runtime is also provided to you.