Minecraft is a video game that was designed by Mojang Studios but Microsoft purchased it later on. Minecraft is a three-dimensional virtual legos game that originated in the year 2011 and can be played on multiple platforms such as Windows, Linux, Mac OS, etc. Although it is not an open-source application, its demo version can be played for free by creating a Mojang account.

This blog specifically focuses on the procedures that can be used to install Minecraft on the latest Ubuntu release which is Ubuntu 22.04.

Minecraft can be installed on Ubuntu 22.04 using two methods which are:

Both of these methods have been discussed in this blog in detail.

The following steps should be followed in order to install Minecraft using the .deb package.

The first step is to download the Debian package of Minecraft by running the following command on the terminal.

After the package has been downloaded, use the below-given command to install the package. 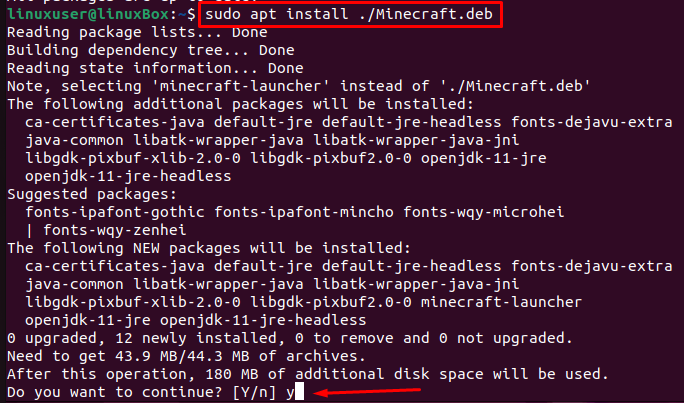 Press ‘Y’ to continue the procedure.

How to launch Minecraft on Ubuntu 22.04 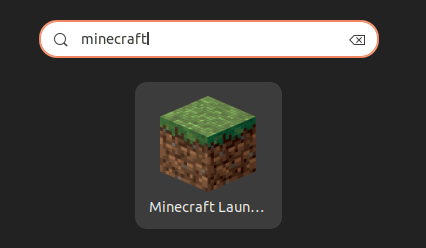 Click on the “Minecraft Launcher” icon to launch Minecraft.

It will start to download update files and start the Minecraft in a while. 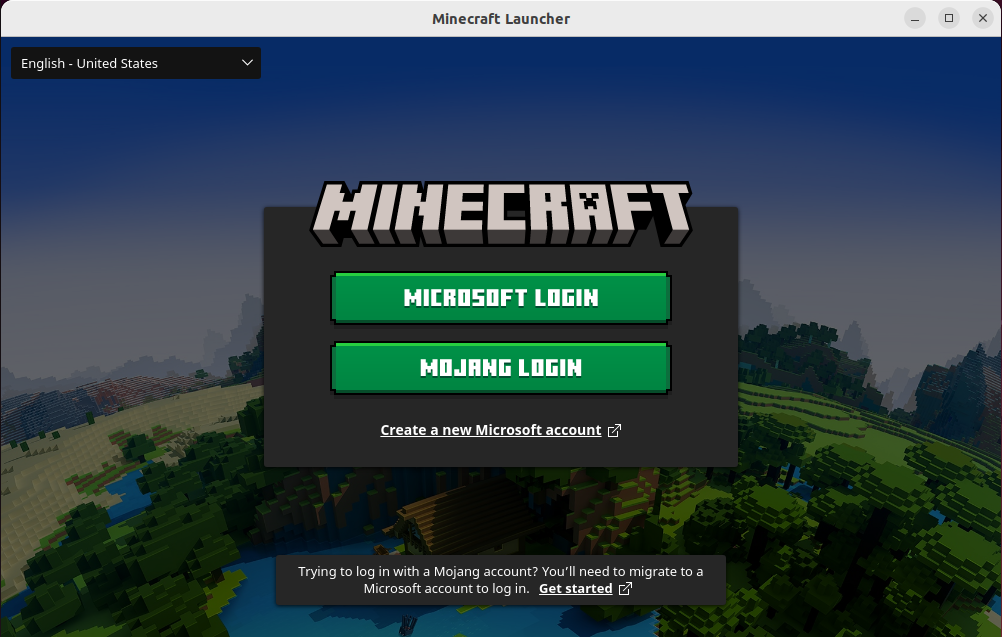 Login with your Microsoft or Mojang Account and you are good to go.

How to uninstall Minecraft using the Debian package

The Debian package can be used to uninstall Minecraft.

Minecraft has been uninstalled.

Here we will discuss how Snap can be used to install Minecraft. The Snap package includes all the required dependencies.

If snap in not installed, you can install it using the command:

To install the Minecraft through Snap package on your system, use this command.

The package has been installed.

Once installed, you can now check the applications menu to verify that the game has been installed successfully. 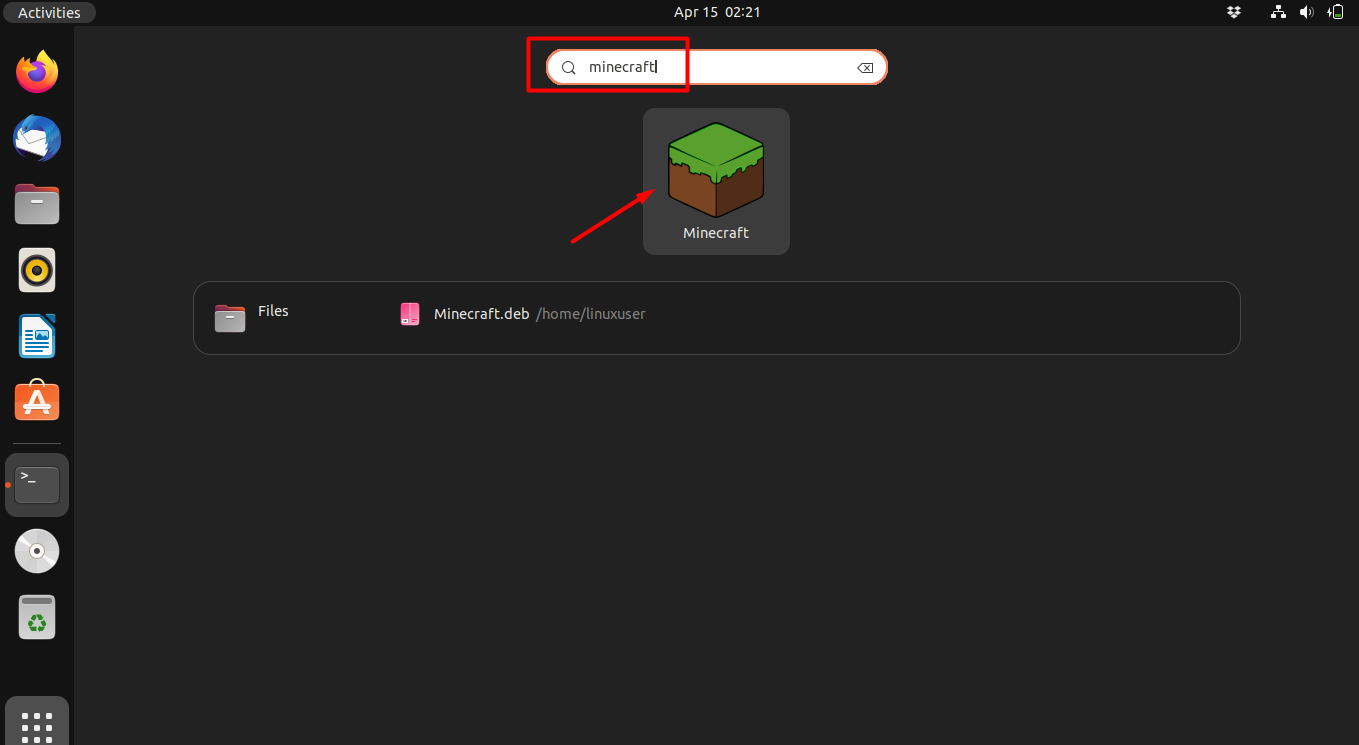 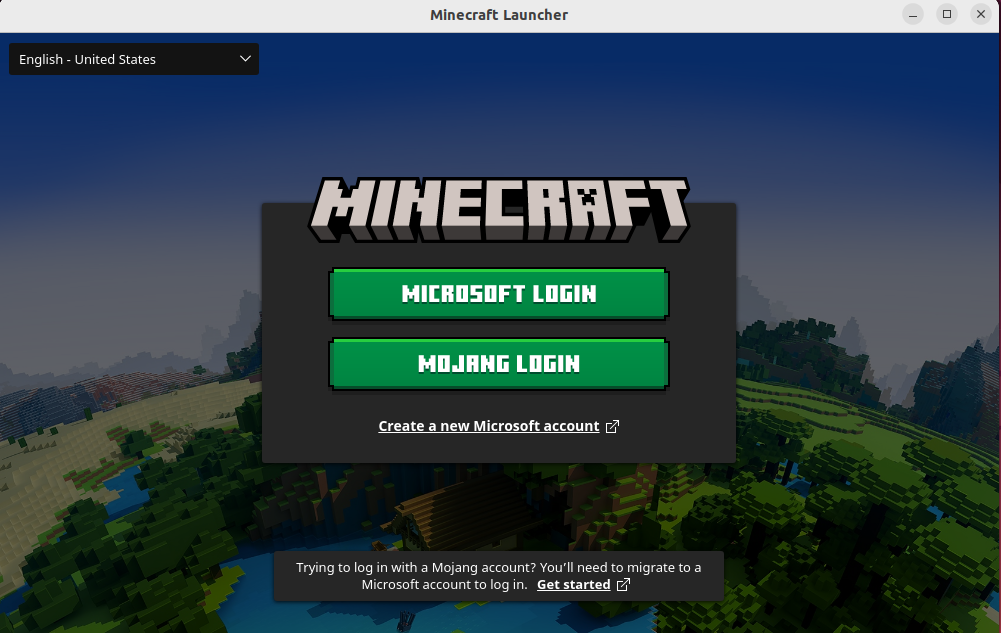 How to uninstall Minecraft from Ubuntu 22.04 using snap

You can use this package to uninstall Minecraft by running this command.

The game has been uninstalled.