Mods are tiny programs that change some aspects of a game such as changing the behavior of characters or modifying appearance. There are multiple reasons that keep Minecraft stand out among other games. One of the main secrets of its popularity is its flexibility to let players modify the gameplay according to their preferences.

Minecraft is designed to explore limitless opportunities without any boundary. There are different ways to modify the game experience, for example using commands, add-ons, seeds, and various skins.

This post is dedicated to discuss another key feature of Minecraft called Minecraft mods. Mods in Minecraft were first introduced back in 2010. It is undoubtedly contributing to the success of the game because they allow players to add interesting and fun elements to the game.

What are Minecraft Mods?

Minecraft mods are small programs that are installed to alter the game experience. It can be simplistic like changing the color of a block or can be complex like adding a whole new element to the game.

There are different types of modes with different functionalities and enhancements, but that’s for another discussion. Let’s take a look at the installation procedure of Minecraft mods!

How to Install Forge in Minecraft?

Before downloading and installing Minecraft mods, you need a small program called “Forge”. Forge is a Minecraft API that serves to make mods installation easier.

Step 1: Download Forge
Before installing Forge, install java if it is not yet installed. To check whether java is installed on your device or not, use the following command in the terminal:

The above command will work on all devices regardless of the type of operating system you are using.

Visit the Forge website and download the installer according to your version of Minecraft.
There are two types of installers, the latest and the stable (recommended). It is better to go with the recommended installer. It would be a “.jar” file:

Once the installer is downloaded, double click it to install. 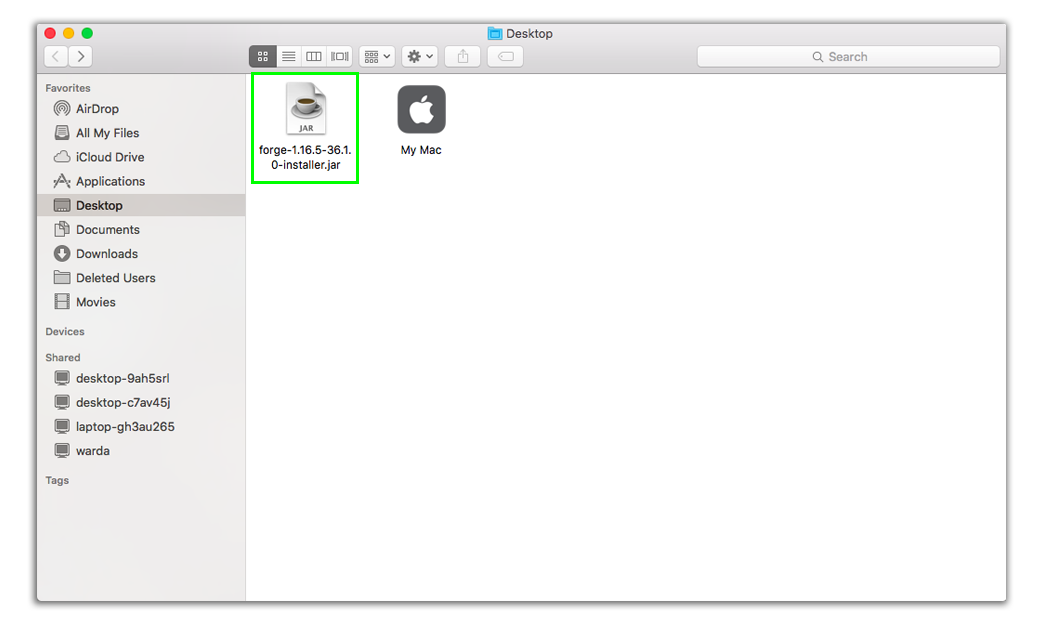 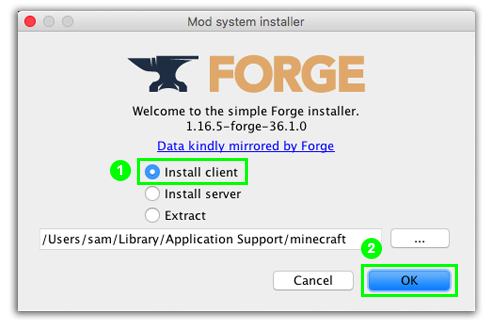 Make sure your Forge installer version must match the Minecraft version.

Step 3: Verify
To verify if Forge has been installed or not, open Minecraft and click on the “arrow” of the menu besides the “Play” button. Forge will appear in the list if it is successfully installed, select it and then launch “Minecraft”.

How to Install Mods in Minecraft?

Once you have Forge API, the installation of mods would be a lot easier.

Step 1: Download Mod
First, download the mod of your choice. I am downloading the “Lucky Block Mod”. 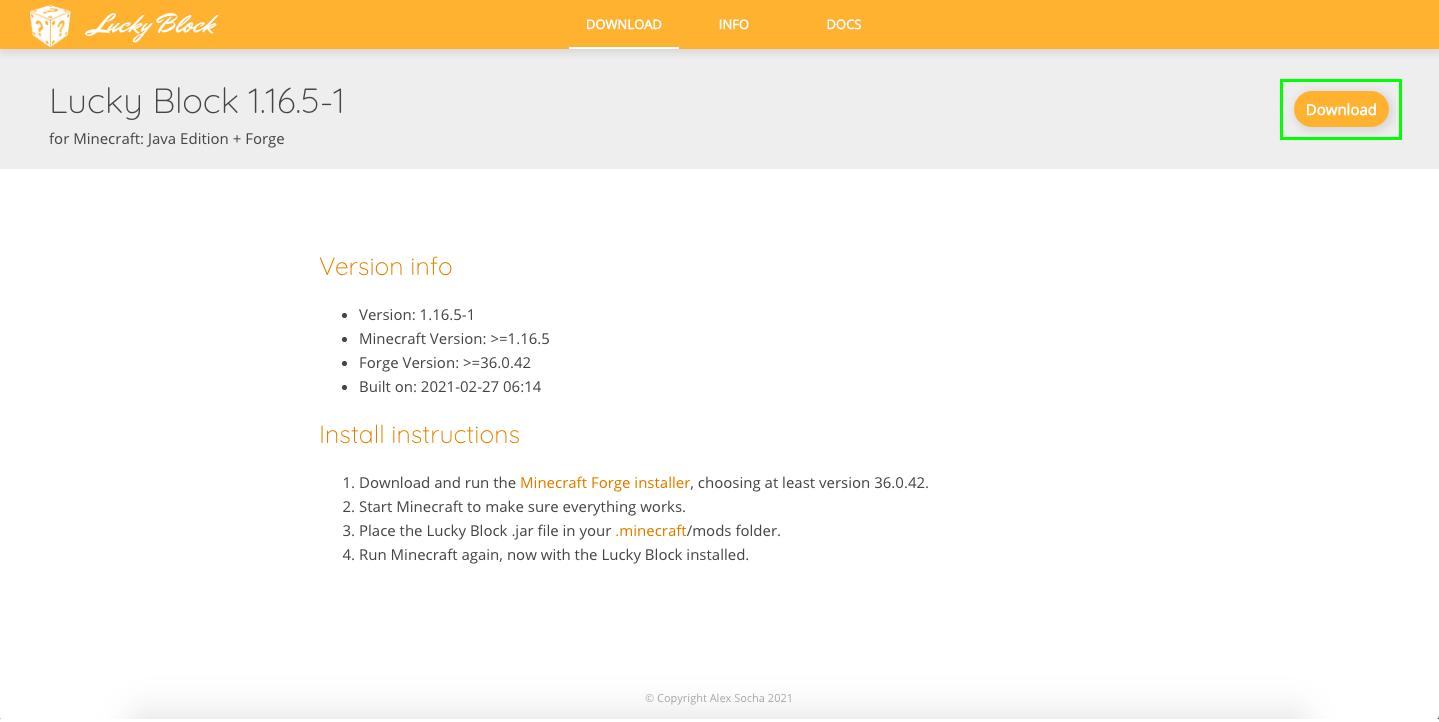 Lucky Block Mod generates golden blocks in the world with a question mark on them. When you break the block, you get something really interesting like food, tools, armor, or something really bad like lava or zombies.

Step 2: Install Mod
To install the mod, launch Minecraft and click on the “Mods” option. 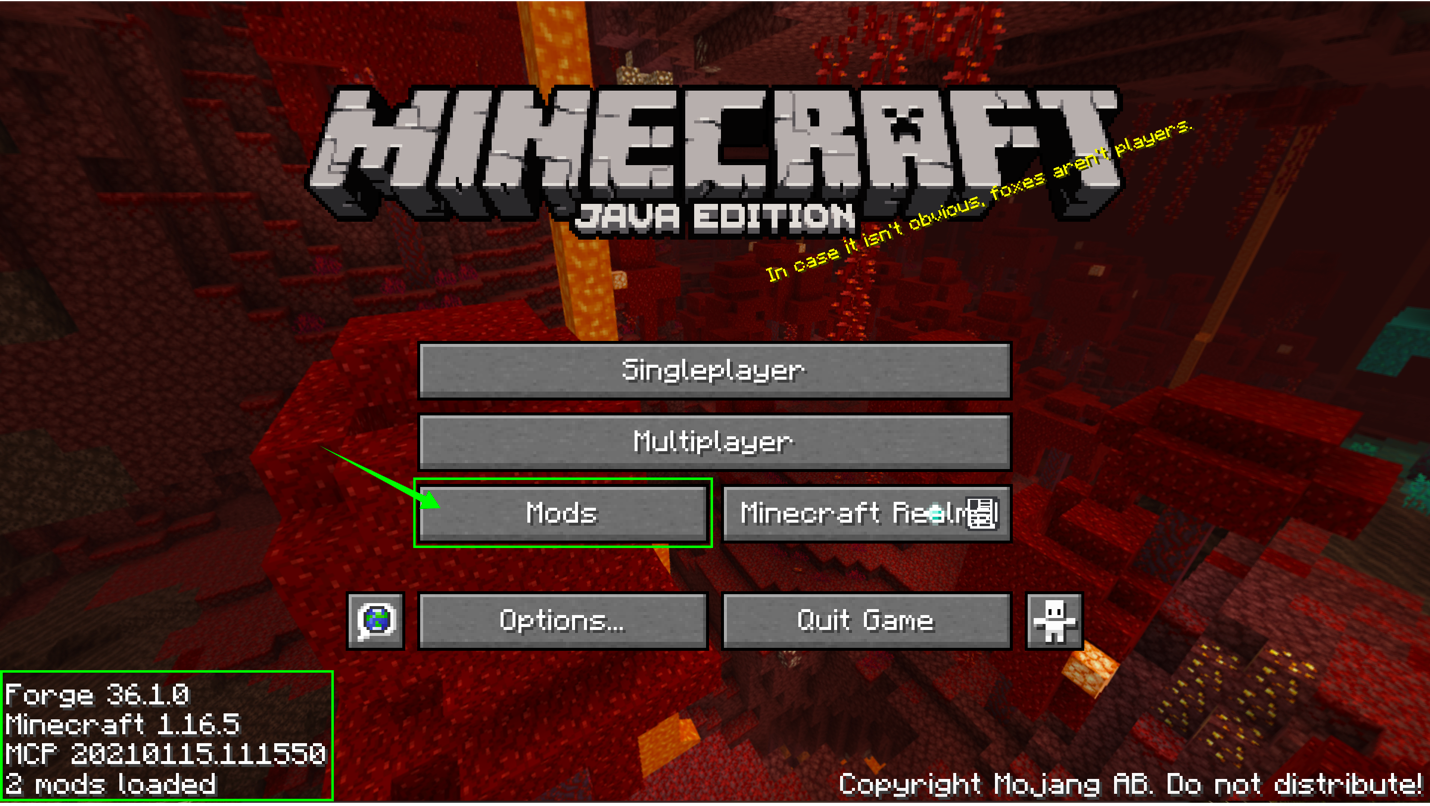 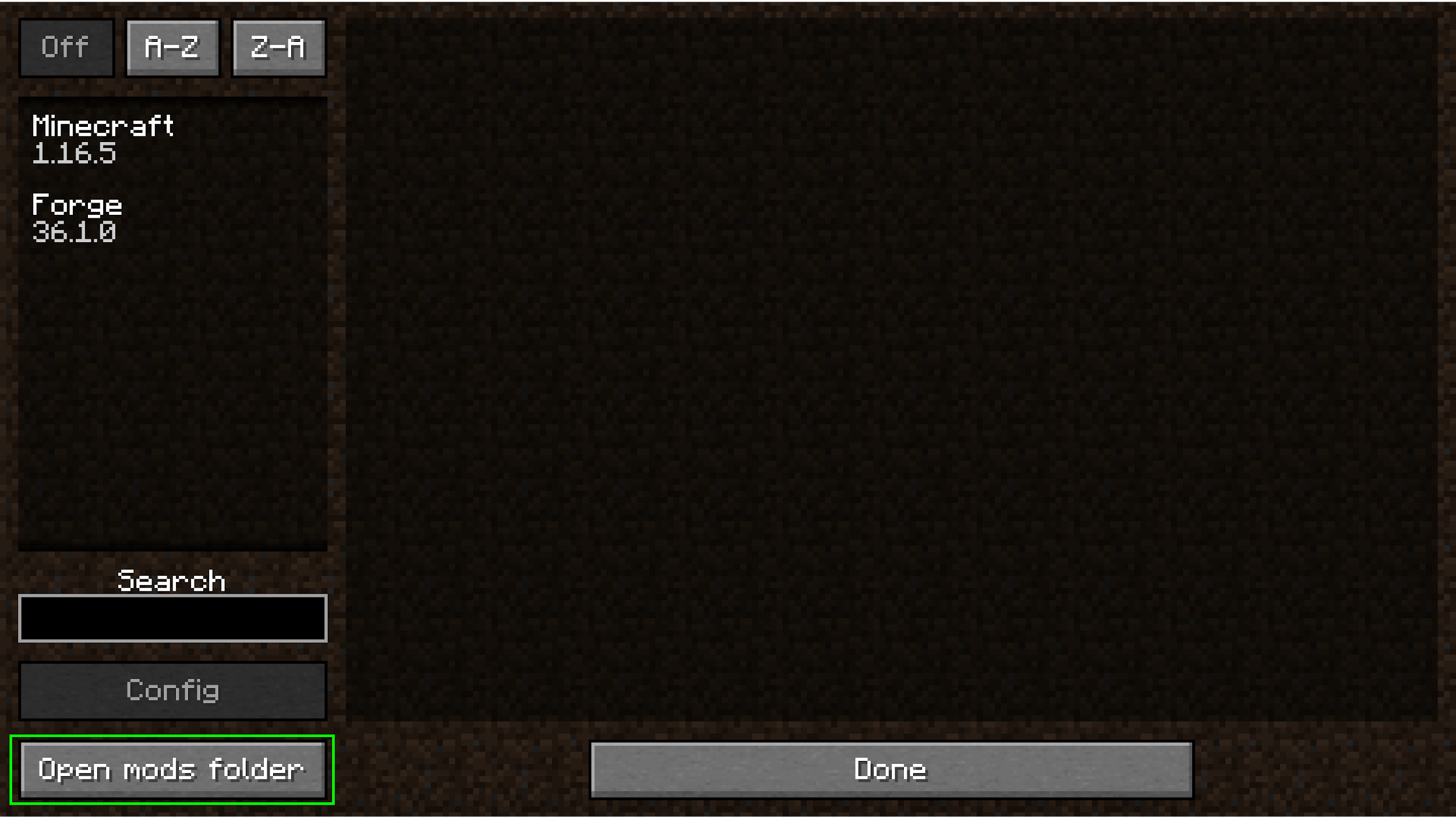 And drag the mod file in the folder, then close the folder. If the mod does not appear in the list, then quit the game and open it again. 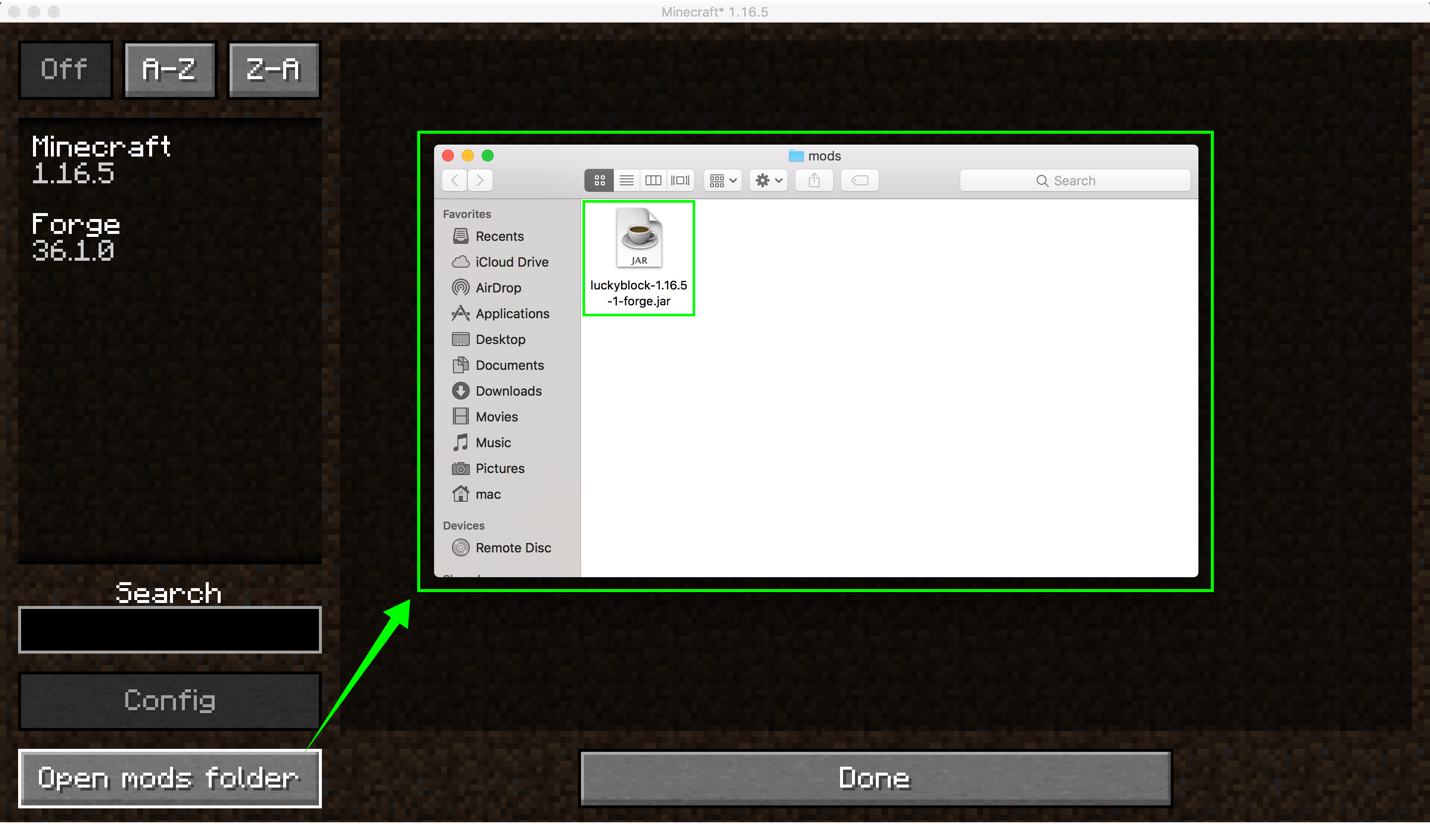 Select the mod and click on “Done” and play the game. 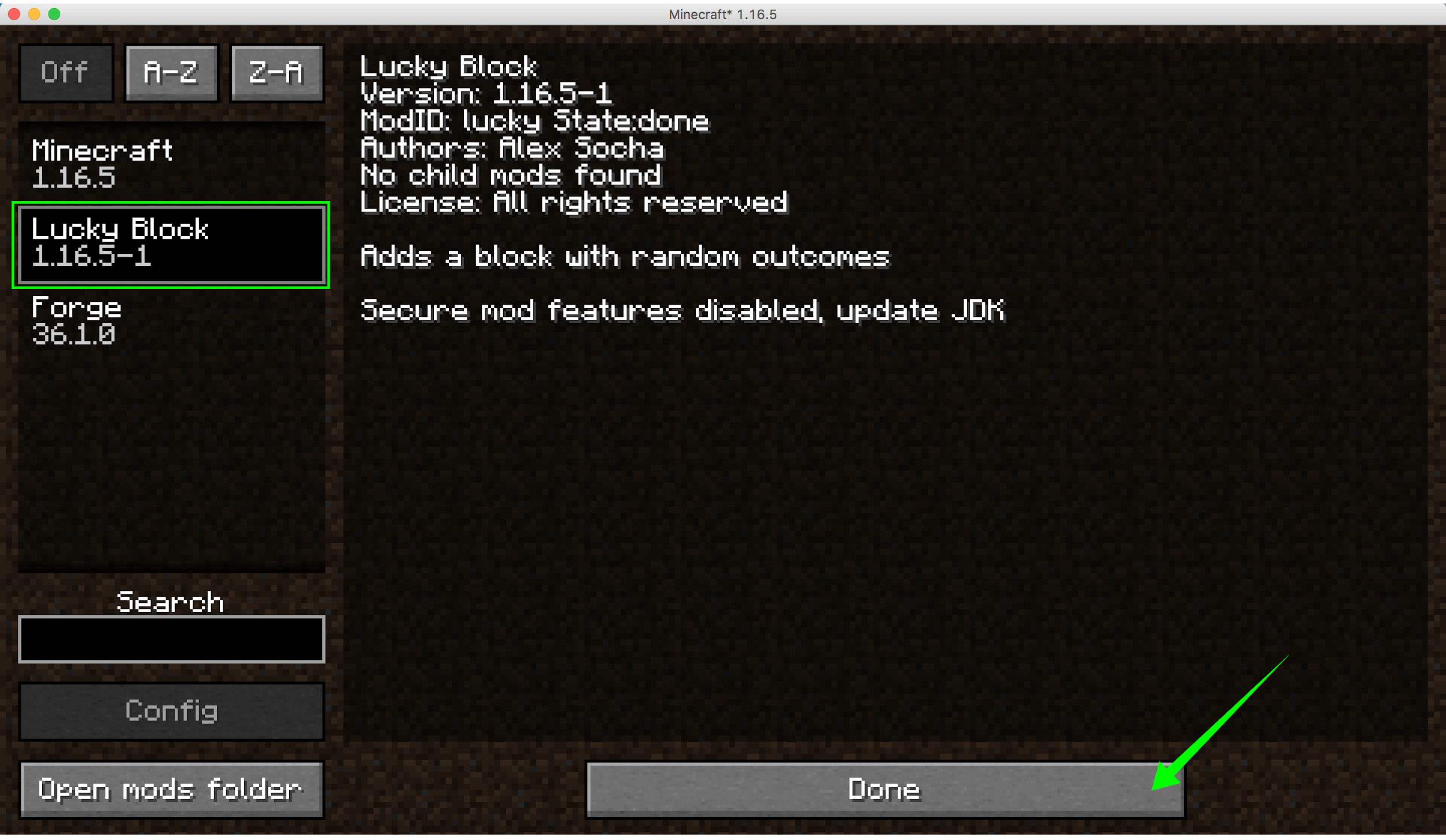