This latest release comes with a numerous new features, various bug fixes as well as improvement. A notable feature is multiple projects can be opened in the same editor for Insiders build. It also ships with TypeScript 2.4.1.

Before we proceed on how to install Microsoft Visual Studio Code on Ubuntu, lets take a quick look at its features. 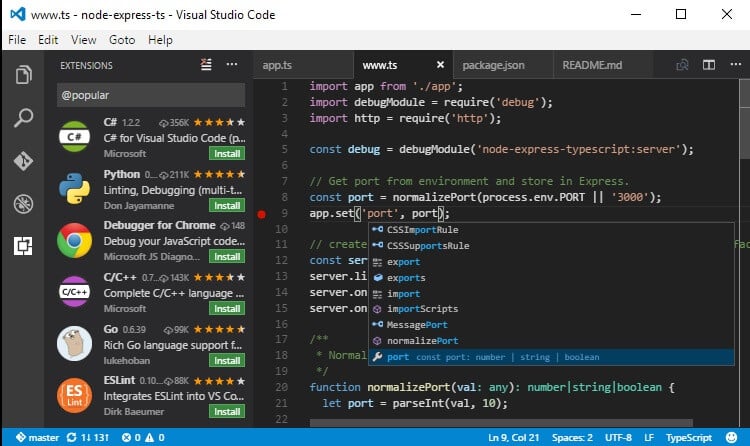 How to install Microsoft Visual Studio Code 1.13 on Fedora 22 and above