The micro text editor is the latest cross-platform terminal-based text editor, which is not only used for Linux but on all other platforms like Windows and macOS as well. It comes as a single and without having any dependency text editor. It aims to become an easy to use text editor, as well as a modern terminal. So let’s get straight to the installation.

There are multiple ways to install the Micro Text Editor on Linux:

Let’s start with the simplest and easiest one.

Now, install the Micro Text Editor on Ubuntu 20.04 or any other Debian based system by typing the following command. 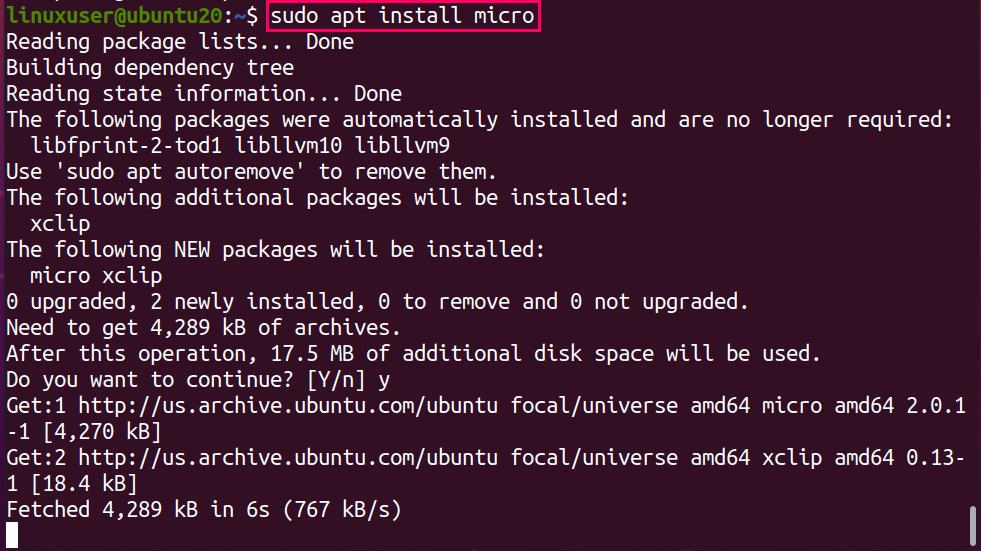 If you are using Fedora or CentOS, use this command instead.

Once it is installed, you can verify it by typing this command.

You can see that version 2.0.8 of micro Text Editor is installed on my Ubuntu system.

For installing Micro text editor on Ubuntu through the snap package repository, simply run this single command and it will download, install, and handle all the dependencies required for it.

Once the Micro Text Editor is installed through snap, check the version by typing the command given below.

Micro Text Editor can be installed by downloading the binary file from its official GitHub repository. You can visit their release page and download the binary file according to your requirement. 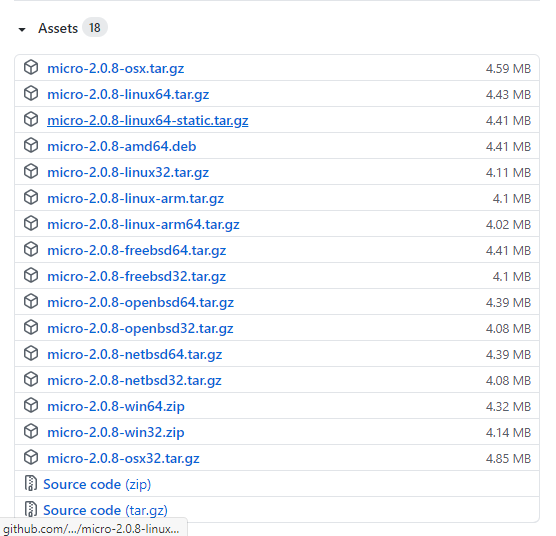 But it also provides a script to download and install the micro text editor in the current working directory. To run that script, you must have curl installed on your system. You can check it by running the command.

If it is not installed, and you got output like this,

then install it using the recommended command. 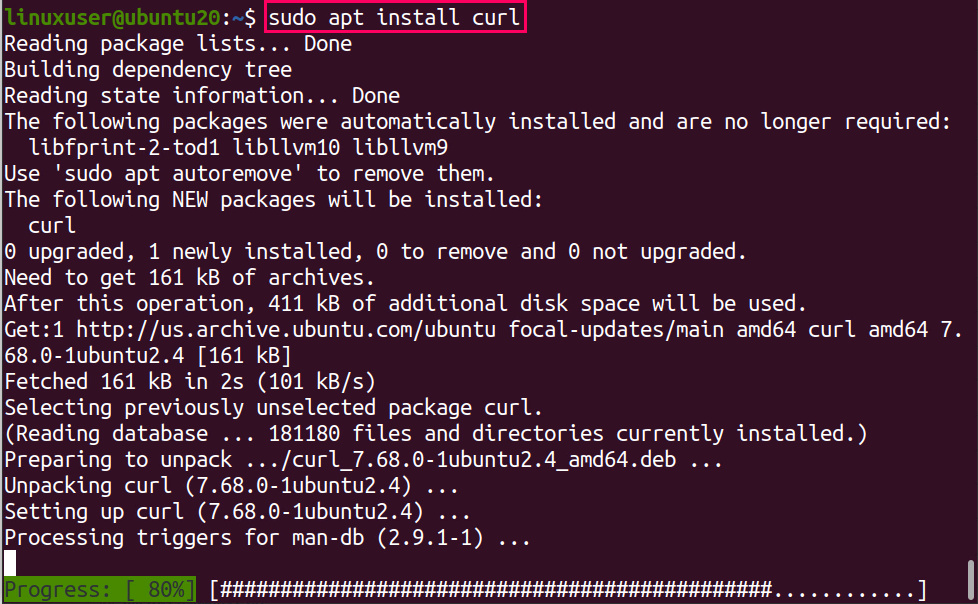 After installing curl, you are ready to run the script.

Run the script by typing the command given below.

This command will install the Micro Text Editor in the current working or present directory. 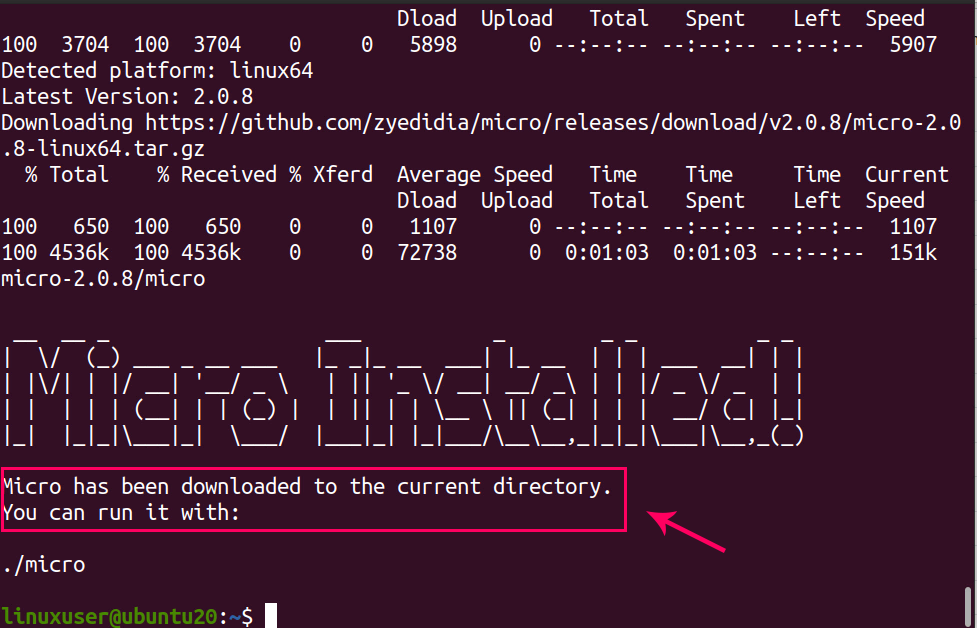 If you want to move it to the “/usr/bin” directory, so it will be accessible from anywhere, type the following command in the terminal.

Now it will be accessible from any directory.

The micro text editor is a very smart and intuitive terminal oriented text editor that is very famous amongst the users when they have to edit the SSH files and other types of tasks in the terminal. It can be installed using APT, snap, and the script provided by the official GitHub repository of Micro Text Editor. In this article, the installation is also explained in a very profound and detailed way.