You may use a terminal throughout every operating system to reach the actual capability of the computer, and it is included by default in desktop operating systems. However, to use the terminal on Android, we must first download termux. A terminal emulator was designed to access the Linux shell (Shell CLI) from either the GUI. With a terminal emulator, you may access the terminal shell from the GUI shell you are presently using, making it much easier. The Linux shell, which can be accessed through Termux, could be used for various purposes based on the requirements and skills of its users. For illustration, programmers and developers could use it as a testing environment for new applications, while security professionals can use it as a platform for devices and hacking tools that are very compact. As we all know, there are a variety of approaches and tools for hacking Android smartphones. Metasploit in the needed android phone utilizing termux is one such powerful method. This method has caught the attention of several Android device hackers. We will install and configure Metasploit in Termux in this article. The process of installing Metasploit in Termux is quite simple.

Installation of Termux in Bluestacks

Termux may be installed on a PC using BlueStacks. Bluestacks is an Android emulator that supports you to construct a virtual Android device on your machine. It allows you to have a mobile experience on your desktop or laptop. On Windows and macOS, you may install and use all of the apps and games available in the Android Play store. This is the most powerful Android emulator available for Windows or Mac.

To begin, open your play store of the blue stack and search for Termux. The app will present before you; simply hit off the “Install” button to initiate the installation. 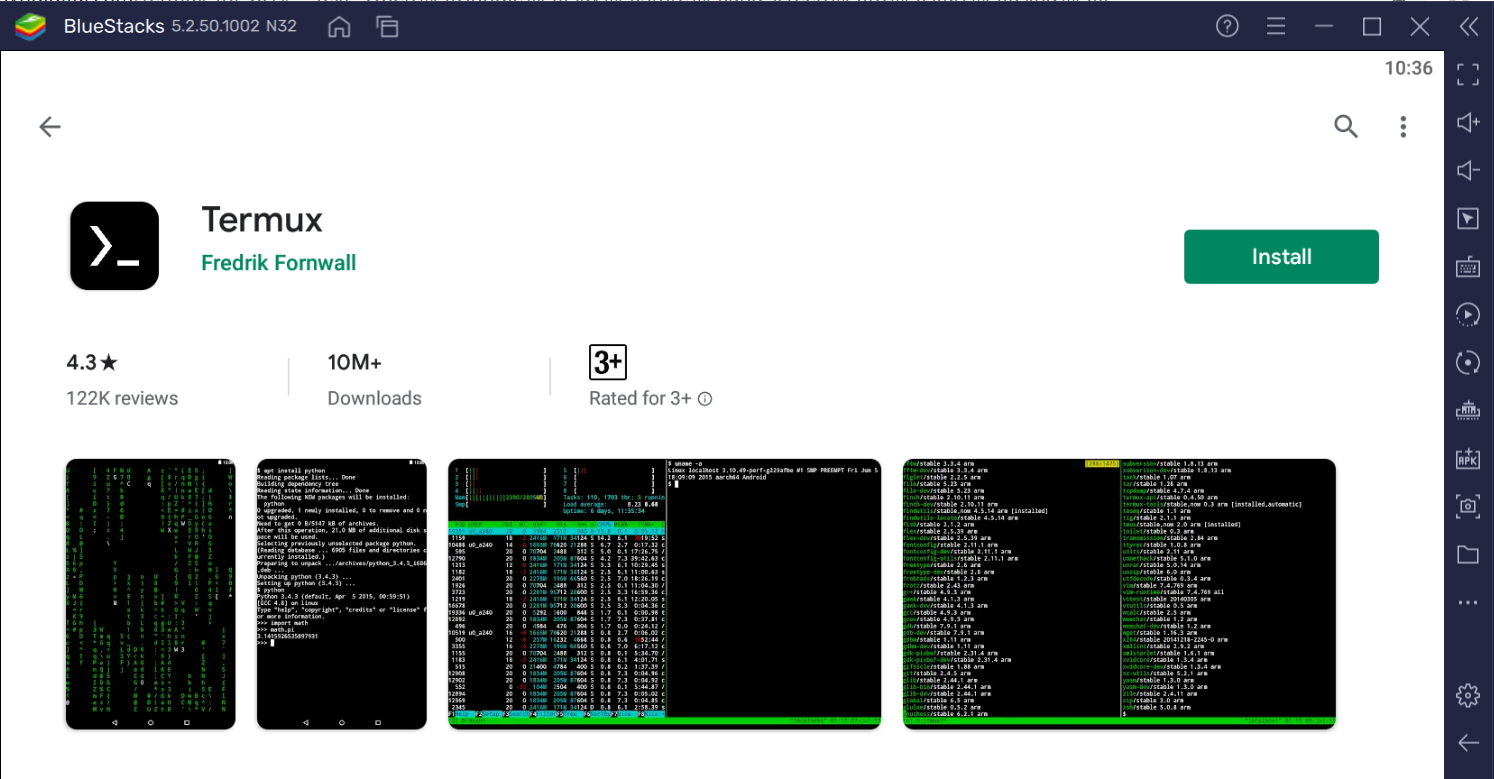 The installation process will take some time based on the internet connection.

Installation of the Metasploit framework on termux

Now you have to download the Metasploit framework on termux. You may install and use the full Metasploit breaching app on your Android handset without rooting it by utilizing Termux. The following steps will demonstrate to you how to download Metasploit in Termux.

Step 1: Open Termux and run the following attached command to update your repositories.

Step 2: Now, we will use the command specified below to install various scripts and packages.

We are using a particular command to install four packages. We can use git to copy files from the GitHub repository. Wget retrieves information from web servers. Curl refers to the Client URL and allows data to be transferred utilizing a variety of protocols.

Step 3: By copying and pasting this specified command, the Metasploit in the termux program will be downloaded.

As Termux will instantly install other programs required to run Metasploit, including Ruby, BisonFTP, and others, the installation procedure may take a bit of time. Keep the Termux session open until the installation is finished.

Step 4: To get the file executable, use the command specified below.

Now, to install the Metasploit framework on your terminal, enter the following command below.

We learned how to install and configure Metasploit Framework on Termux in this tutorial. Metasploit has a large number of exploits in its database. As new vulnerabilities are discovered in the systems, a new exploit is added to Metasploit. Now you can easily install Metasploit in termux by thoroughly checking this guide.