Memcached is a very popular caching system used to store data in the form of key-value pairs. It is used for storing or caching the data in the form of objects in the memory to optimize and enhance the speed of dynamic web applications. This post will walk through a quick guide on how to install Memcached on the Debian 10 Operating system.

Memcached is available in the official APT package repository of Debian and can easily be installed.

First of all, and as always, update the system’s cache repository using the below-given command:

Right after updating and upgrading, type the command given below to start the installation process of Memcached along with the libmemcached-tools.

If it is not started, start it by typing the command provided below:

After starting it manually, check the status again to confirm the ignition of the Memcached service.

In the status, you can see that the Memcached service is running, and you can also see the port number highlighted in the screenshot attached on which Memeched listens.

If you want to configure remote server access of the Memcached server, you first have to include the server’s IP address to the /etc/memcached.conf configuration file.

To know the IP address of the server on which Memcached service is running, type the command given below:

You can see that the IP address of our server is 192.168.18.39. Note down the server IP address because we have to add this IP in the Memcached configuration file.

To open and edit the configuration file in nano editor, type the command given below: 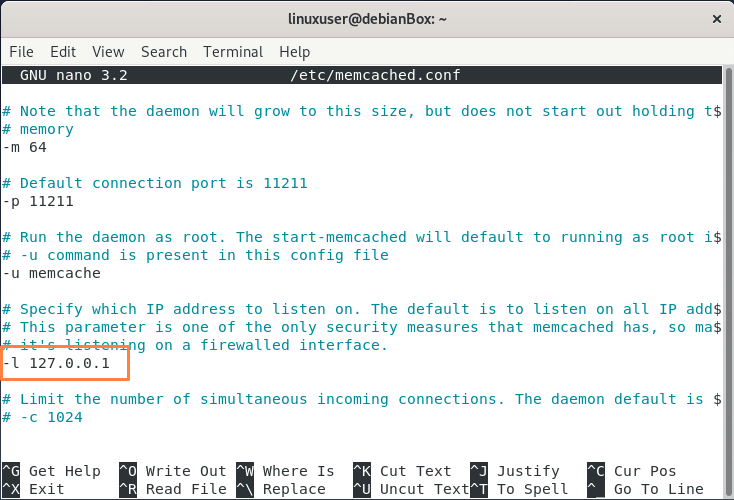 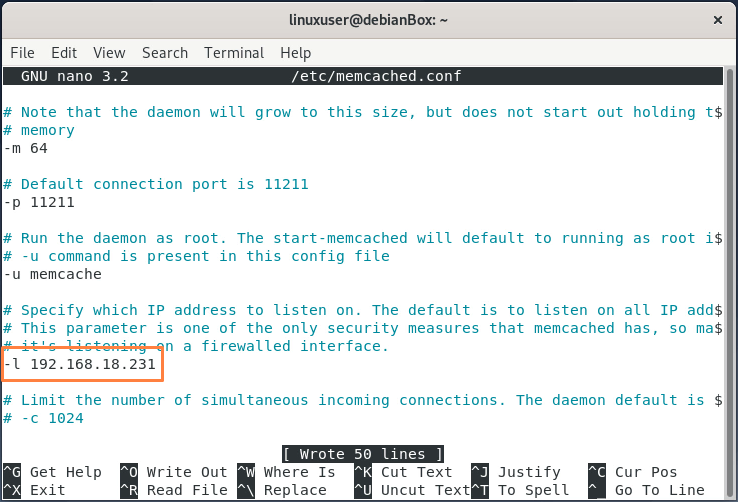 After successfully adding the IP address, Press CTRL + S and CTRL + X to save and exit the file.

Now, you need to allow the firewall and open port 11211 for any incoming traffic.

After running the above-given command, reload the firewall for the changes to work.

After restarting the Memcached service, verify the status by typing the command given below:

Now, the Memcached server is fully configured and ready for remote access from any other machine on the network.