This tutorial explains how to install kernel headers on Debian 11 (Bullseye) using the apt command.

All instructions in this tutorial are also useful for other Debian-based Linux distributions such as Ubuntu.

First, update the information on your software using apt, as shown in the example below.

For a different simple way to list available headers, run the command below. 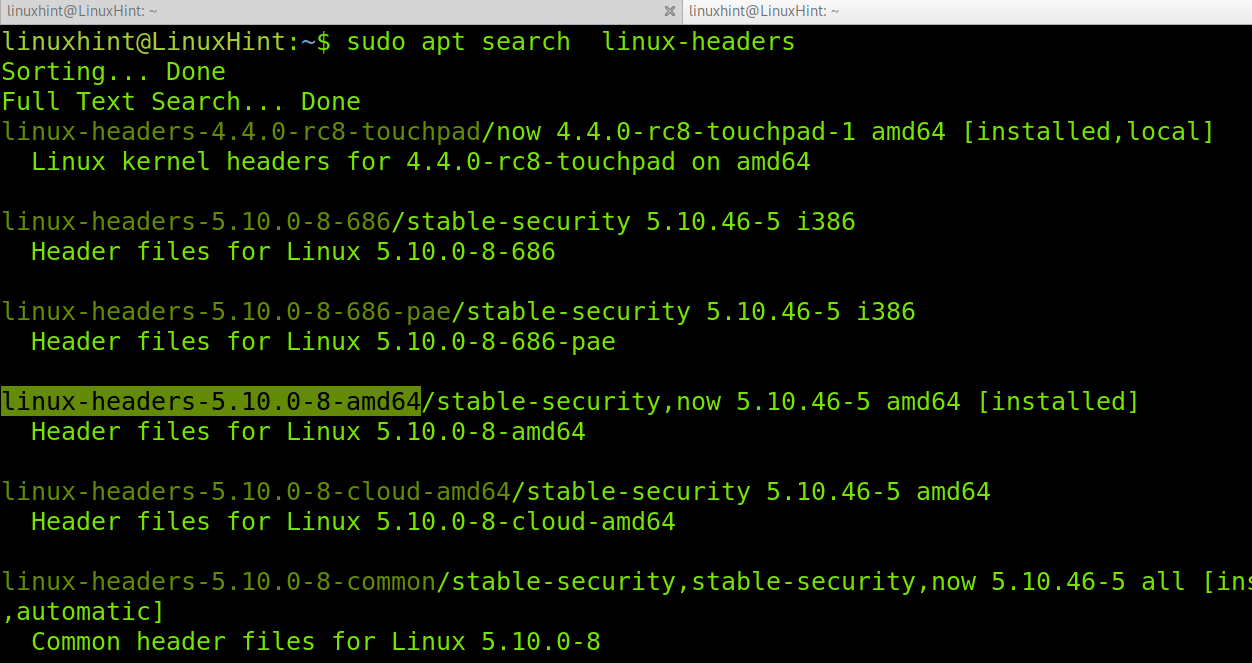 To install the Linux kernel headers, run the command shown in the screenshot below.

Using Debian 11 x64 or using the second method to find the header, you can also run the following command.

In my case, the headers were installed in the previous example, so the output says it’s already properly installed.

What is the Linux kernel?

Some experts say the kernel is the core component of an Operating System; others disagree and say the kernel is not part of the OS but a vital component needed by any OS. The function of the kernel is to manage the device resources for them to interact with the operating system and applications. We can think about the kernel as a translator allowing communication between the hardware and the software. In order to manage resources properly, the kernel has full privileges. In some cases, the installed kernel may lack the proper code to allow the hardware and software interaction; that’s when we need to install kernel headers.

What are Linux Kernel Headers?

As you can see, installing Linux kernel headers on Debian or Ubuntu is pretty easy. Any Linux-level user should know the function of kernel headers and how to install them. Users must pay attention to the kernel headers they download that are compatible with their system, not only the architecture but also the version.

Thank you for reading this tutorial explaining how to install kernel headers on Debian. Keep following Linux Hint for additional Linux tips and tutorials.