Jupyter notebook is an open-source and cross-platform application to share the code, text, or visual effects with the users. Jupyter is named after the programming Languages i.e., Julia(Ju), Python(pyt), and R. Apart from these three languages, Jupyter supports PHP, Java, C++, and Ruby as well.

The Jupyter notebook can be accessed through the web browser where the source code can be built, and the graphics or the text can be created there.

Ubuntu 22.04 is the latest LTS release of Ubuntu. This article lists down the steps to install the Jupyter notebook on Ubuntu 22.04.

Therefore, we need pip to go through this guide. Firstly, install python3 on Ubuntu 22.04 via the following command.

You need to install pip as well via the following command.

The output of the command states that the python and its package manager are already installed on our system.

How to install Jupyter Notebook on Ubuntu 22.04

Step 2: Install the virtualenv tool of python which would be used to create a virtual environment. 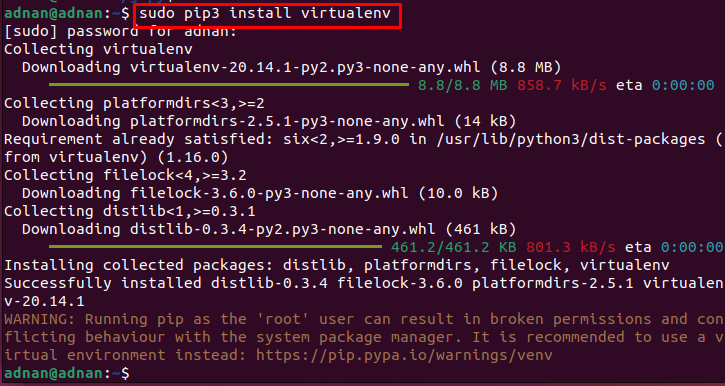 To activate and get inside that virtual environment, you need the following command.

The output shows that the virtual environment has been activated successfully.

Step 4: It’s time for Jupyter. You can install Jupyter inside the virtual environment as follows. This command will collect, download and install all the packages required to install Jupyter. 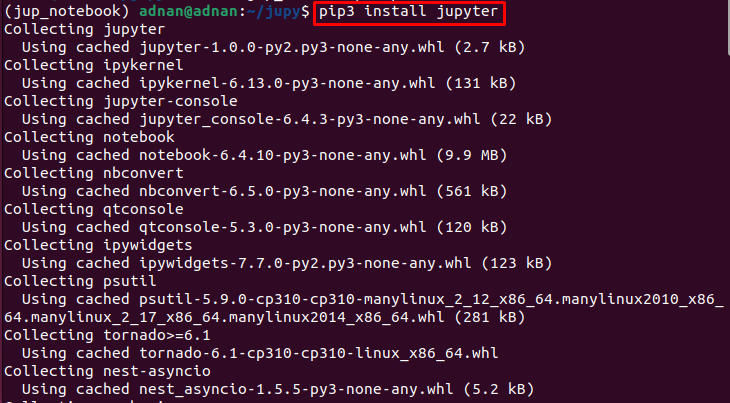 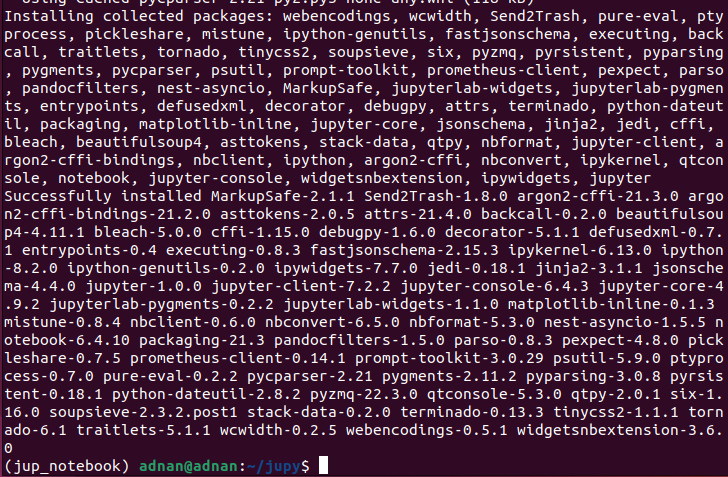 Step 5: Once the installation is completed, you can launch its web interface from the terminal with the help of the following command.

Upon successful execution, the following web interface is observed. 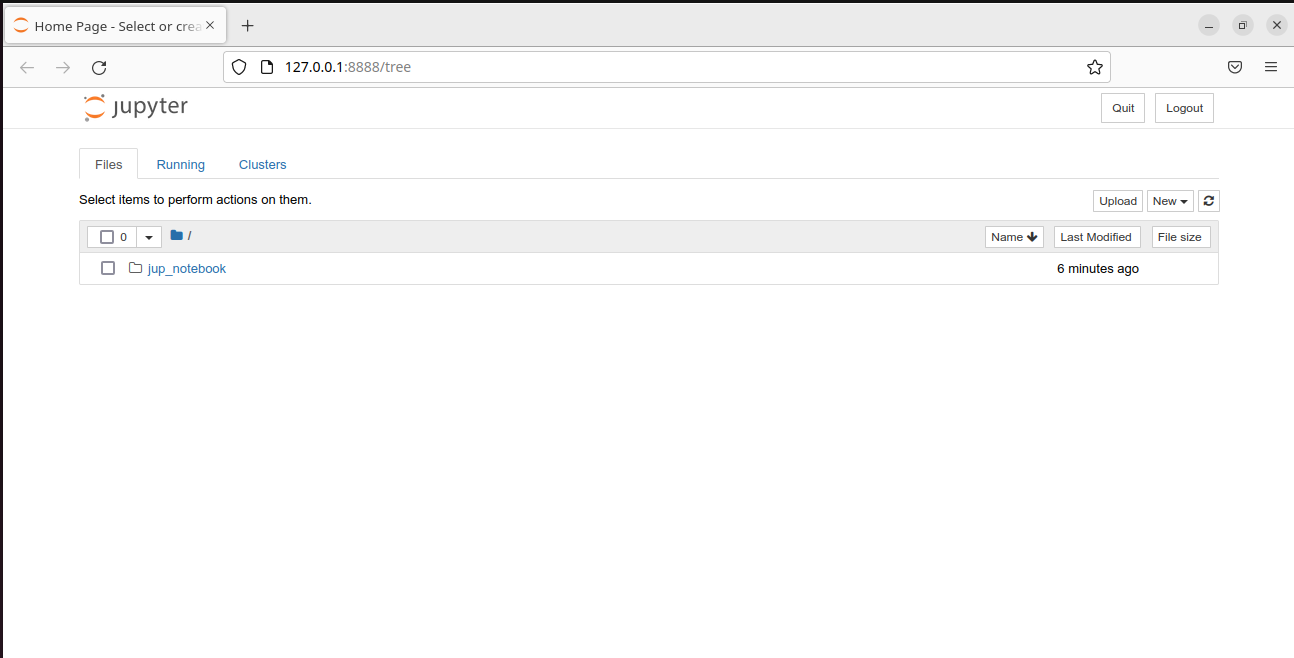 Here you go with the notebook server.