Being a Linux user, you spend most of your time in front of the terminal screen. So, if you are tired of the same terminal screen, then there are multiple ways to change the look of it. One of them is having a separate standalone application called “terminal emulator”. Linux offers many terminal emulator tools that are used to make your terminal more beautiful and extensible. The most stable, lightweight, and customizable application is “Hyper Terminal”. It is an open-source command-line interface written in Html, CSS, and JavaScript with electrons that lets you install a variety of themes and plugins to make your terminal more powerful.Some prominent features of the “Hyper Terminal”:

How to Install “HyperTerminal” on Ubuntu?

You must follow the steps described below to install the “Hyper Terminal” on your device.

Firstly, you need to visit the official website (https://hyper.is/#installation) of the “Hyper” to download the “Hyper Terminal” package file.

A new dialog box will pop up on the screen, select “save file” and press “ok” to download it as shown in the below image: 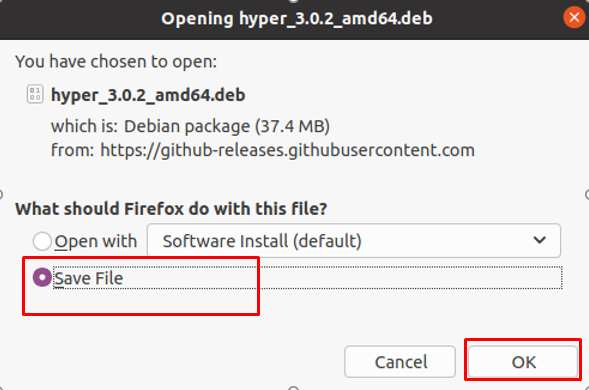 The downloading process will take some time depending on your internet speed. If your internet connection is fast, it will download in a couple of seconds. You can locate the “Hyper Terminal” .deb file in your “Downloads” directory. 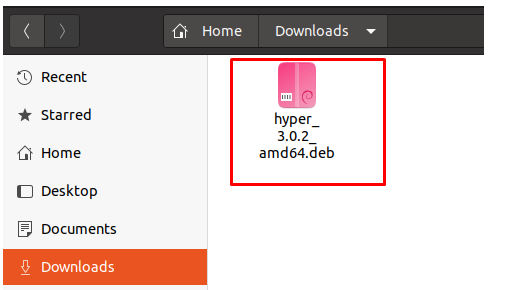 Installing “Hyper Terminal” on Your System

It is highly advisable to “update” the packages list before installing the new packages. Open your terminal and type the command: 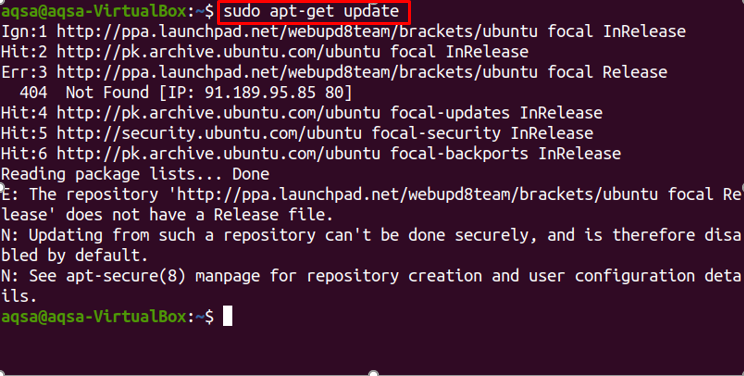 Once the packages list is updated, navigate to the directory containing the .deb file. Change the current working directory to “Downloads” with the order:

Execute the command in the terminal to install the “Hyper Terminal” on your system:

The “Hyper terminal” has successfully been installed.

You can open the “Hyper Terminal” via the command line or GUI.

When the installation process is finished, open “Applications” and type “Hyper” on the search bar.

Open your default terminal and type the command:

When you press enter, “Hyper Terminal” will immediately appear on your screen, as shown in the screenshot below: 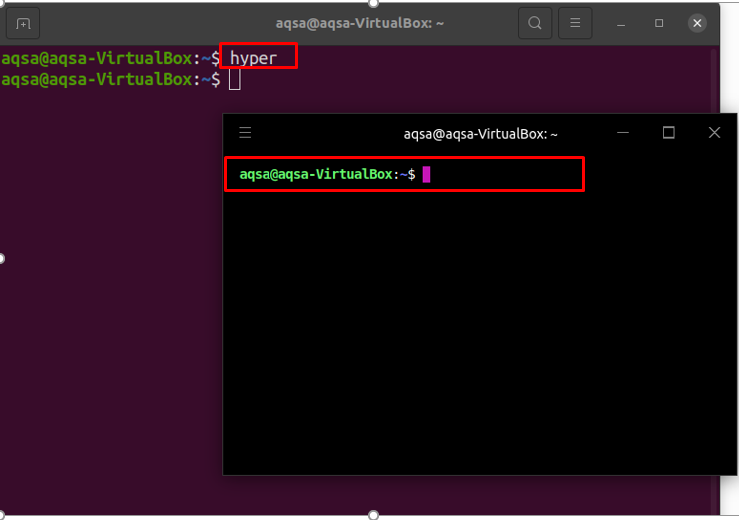 “Hyper.js” is the configuration file that comes with “Hyper Terminal”, through which we can edit the terminal properties to customize it such as its background color, font family, line and letter spacing, forehead color, and a variety of other settings.

Use the command to open the “hyper.js” file:

Alternatively, “hyper.js” can be open by clicking on the top left menu icon. Select “Edit” from the drop-down menu and then go to “Preferences” as shown in the image: 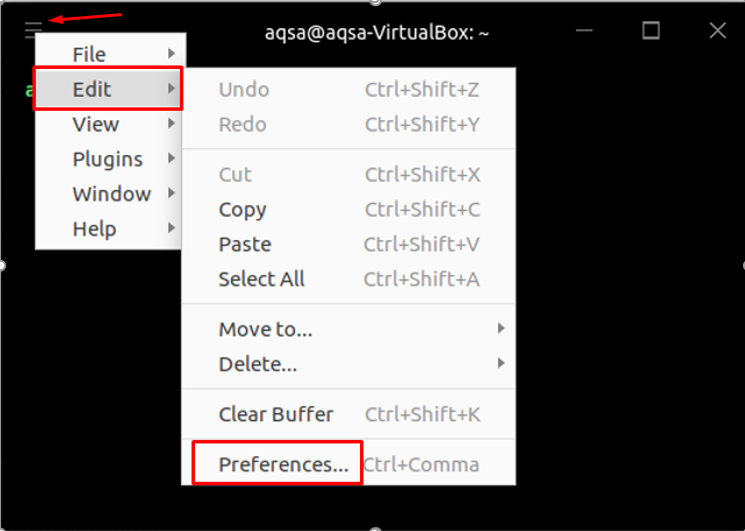 The file is opened. 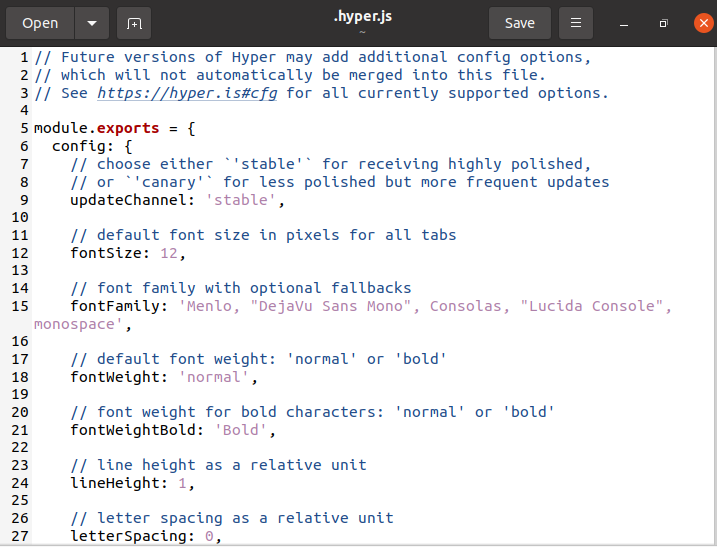 You can run any command in this terminal, same as the default terminal. Before making any changes, the “Hyper Terminal” looks like this: 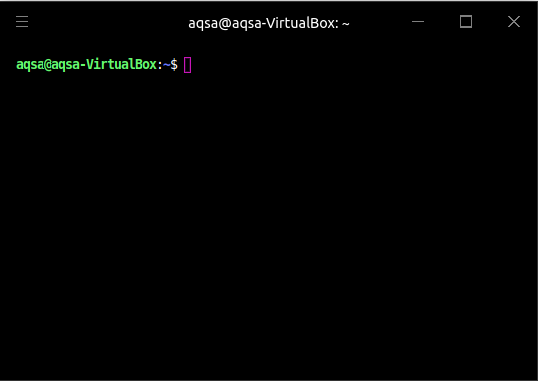 Now you can edit this file; don’t forget to save the file to apply changes. 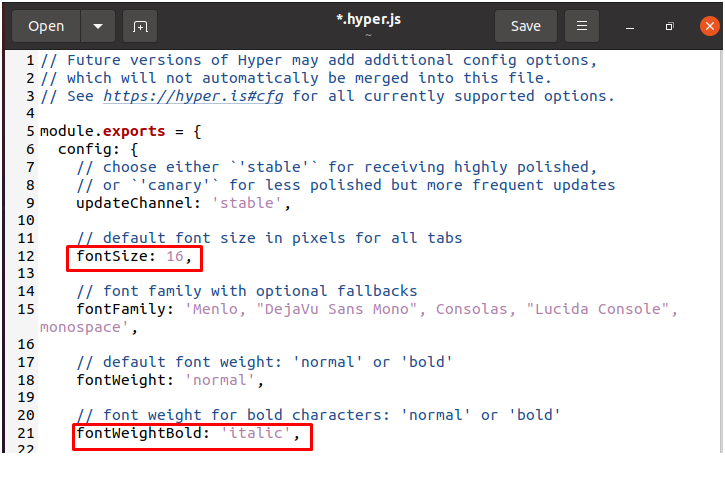 I changed the font size and the font-weight in the file.

Next, I changed the foreground and background color in the file to make the terminal look different. 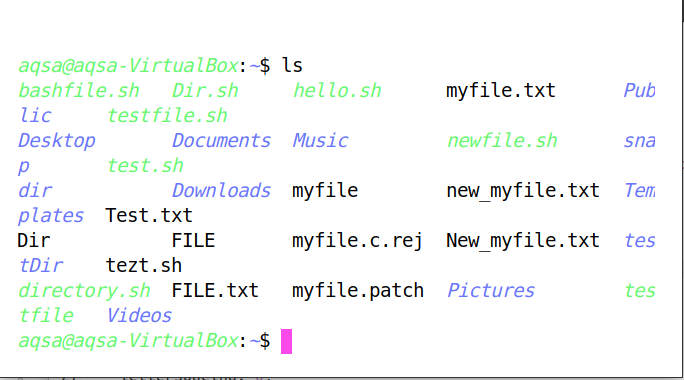 Removing “Hyper Terminal” From Your System

You can uninstall the “Hyper Terminal” from your system if you no longer need it or want to free up space by running the command:

It will ask you to proceed with the process. Press “Y” to remove.

The “Hyper Terminal” application has been deleted from your system.

The “Hyper Terminal” is a command-line interface written in HTML, CSS, and JavaScript with electrons. It is a multi-platform that runs on Linux, Mac, and Windows operating systems. It has a number of options for customizing the terminal. In this post, we have demonstrated the installation process of the “Hyper Terminal” application on Ubuntu, and how to uninstall it using the command line. This highly customizable terminal comes with many extensions and makes it one of the essential terminal apps on your device.