Raspberry Pi’s were developed to promote basic computer education among the economically weaker sections of societies. Due to enhanced productivity and constant updates, these small board computers are now used in high-end projects and robots. Consequently, Raspberry Pi boards encounter overheating issues when used intensely. This overheating issue of Raspberry Pi can be easily cured by adopting various measures.

Installing Heatsinks is the most appropriate solution to curb the overheating issues with Raspberry Pis. Heatsinks are usually installed on the CPU and LAN chip of Raspberry Pi, and some kits can be used to install the heatsink on the backside of the Raspberry Pi. Heatsinks work by absorbing the heat from the component where they are attached.

This article is going to be a detailed guide on installing heat sinks on Raspberry Pi. Let’s start:-

What Are HeatSinks And How They Work?

Heatsinks are compact metal elements that are developed in a way to absorb heat from the components they are placed above. They are majorly used on PC components such as CPU, GPU, LAN chips, etc. When these components start overheating, the temperature rise can melt the minute circuits within. This is where Heatsinks play a major role by absorbing the heat and keeping them cool.

Heatsinks are attached over the component, usually by an adhesive strip that keeps it holding. They come with fins that transfer the warmth to an exhaust fan, where it is released out. This even works without a fan as heatsinks distribute the heat across them.

How To Choose a HeatSink For Your Raspberry Pi?

Usually, RPi kits come with heatsinks, but if you don’t have and planning to buy them on your own, then you should consider:

How To Install Heatsinks On Raspberry Pi?

Heatsinks that come with Pi board have no instructions to guide you on installation, so it sometimes becomes quite tough to fit them correctly.

Here are some pre-requisites for installing a heatsink on Raspberry Pi :

You can check out this Heatsink Kit on Amazon

Now, as we have collected all the apparatus for installation, let’s proceed towards setting up the heatsink on your Raspberry Pi. 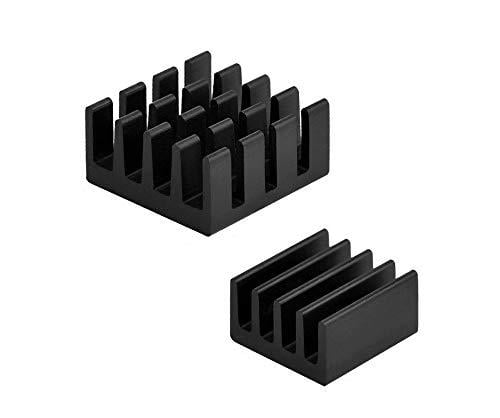 Place the heatsink on the top of the tape and let it stick to it. Some heatsinks come with adhesive tape already attached to them, and the tape is double-sided, so you need not make any haste. 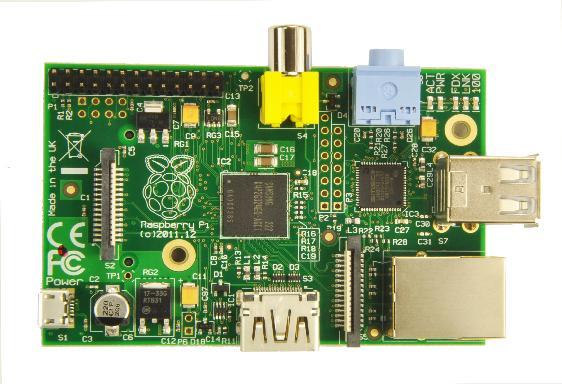 Peel the adhesive from the other side and fix it on the CPU of the Pi board. Press it firmly to stick. Don’t apply much pressure. 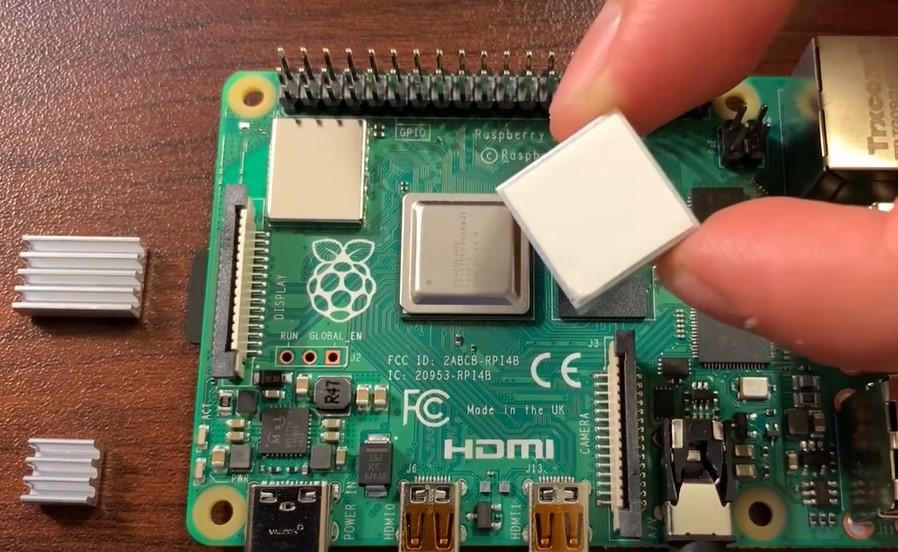 This is all you need to do while installing the heatsink on your Raspberry Pi.

Are Heatsinks Essential For Raspberry Pi?

Raspberry Pi’s generally don’t get too hot, but things can get messy when the temperature of the CPU rises. This usually happens when overclocking the Pi or doing some intensive works with the board.

No. heatsinks are not essential for Raspberry Pi under normal circumstances. Raspberry Pi’s were built to be operated in airy and well-ventilated surroundings. As long as you are using it smartly, you won’t face any issues.

The Pi 3 model is known to overheat than the previous models, but the temperature is automatically managed by throttling the clock speed.

You can monitor your Raspberry pi temperature from the Desktop and use the command line as well.

Go to the taskbar and right-click on it. Click on Add/Remove items and select the Add button given in the Right Menu. Find and click on the temperature monitor in the list. Add it. You will see the current temperature of your CPU on the TOP bar.

If you are connected using a secure shell, you can use a command to know the temperature of your Raspberry Pi.

What To Do If CPU Temperature Rises Too High?

Normally, the installation of heatsinks should serve the purpose. But if they don’t help in cooling, then you should probably think of adopting other measures. To proceed with, you should check the environment as it is the primary factory. Don’t place the board in direct sunlight, Clogging of dust on Chips, etc.

Some other measures you can go for are:

The Heatsinks are so easy to install, just like a sticker. Just because the heatsinks are easy to install and not too expensive, you shouldn’t install them as a showpiece. Before you go for heatsinks, the reason behind the overheating should be analyzed. The common reasons are bad ventilation, clogging of dust particles should be cured first, and you should only move to Heatsinks. If installing heatsinks doesn’t fix the problem, then you should move to install a cooling fan.

This was all about installing heatsinks on Raspberry Pi. Do share it with your friends who face issues while experimenting with Raspberry Pis.