Dropbox is one of the most popular file sharing service in the world. It is really easy to use. You can use Dropbox for free. But it also has paid plans if you want more storage space than the free version of it.

Dropbox has an official app for Linux. You can directly download and install Dropbox app on Ubuntu or Debian or any Debian based distros, or Fedora or RHEL or any rpm based distros. But for Arch Linux, there is no official Dropbox installer. Gladly, it is available in the AUR (Arch User Repository) of Arch Linux.

In this article, I will show you how to install and use Dropbox on Arch Linux. Let’s get started.

The package repository cache of pacman should be updated. Remember this is an important step as if the package cache is old, you may see a lot of file not found errors when you try to install anything using pacman.

Run the following command to navigate to the ~/Downloads/ directory:

The Dropbox AUR git repository should be cloned.

Now if you list the contents of the ~/Downloads/ directory, you should see a new directory dropbox/

Navigate to the dropbox/ directory with the following command:

If you list the contents of the dropbox/ directory, you should see the following files.

To build a pacman package of Dropbox, run the following command from inside of the dropbox/ directory:

At this point the pacman package build process should be completed.

Now if you list the contents of the dropbox/ directory again, you should see the following .pkg.tar.xz file as marked in the screenshot below. This is the file that you will be installing with pacman package manager.

Now you can install the dropbox package file with the following command:

Dropbox should be installed.

Now go to the Application Menu or Activities in GNOME 3 Desktop Environment and look for Dropbox. You should find an icon of Dropbox as shown in the screenshot below. Click on the Dropbox icon. 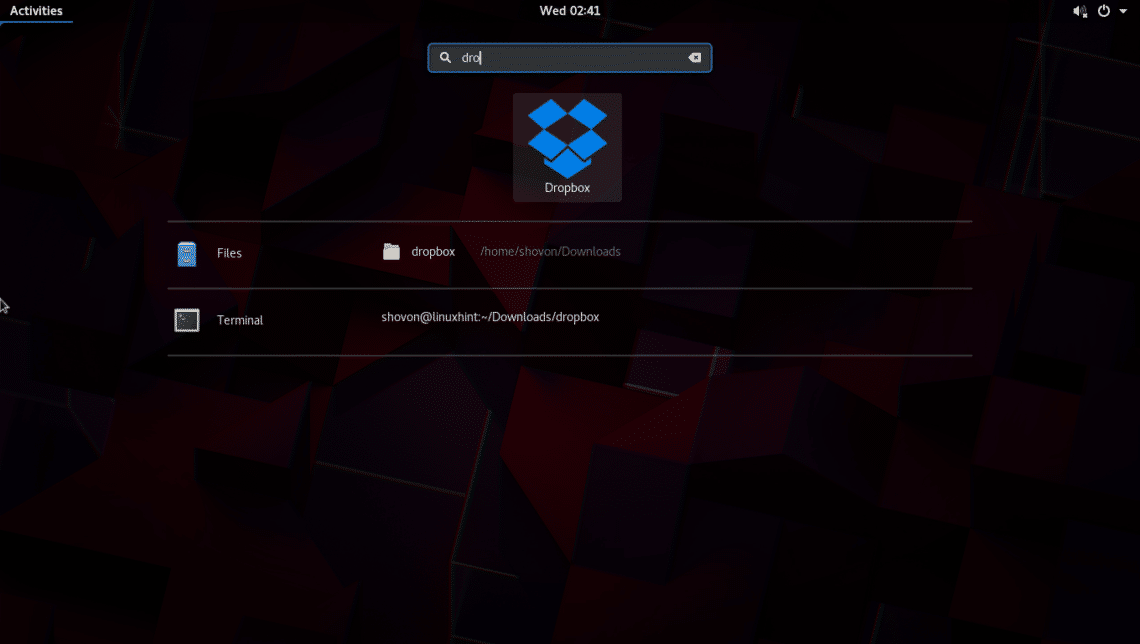 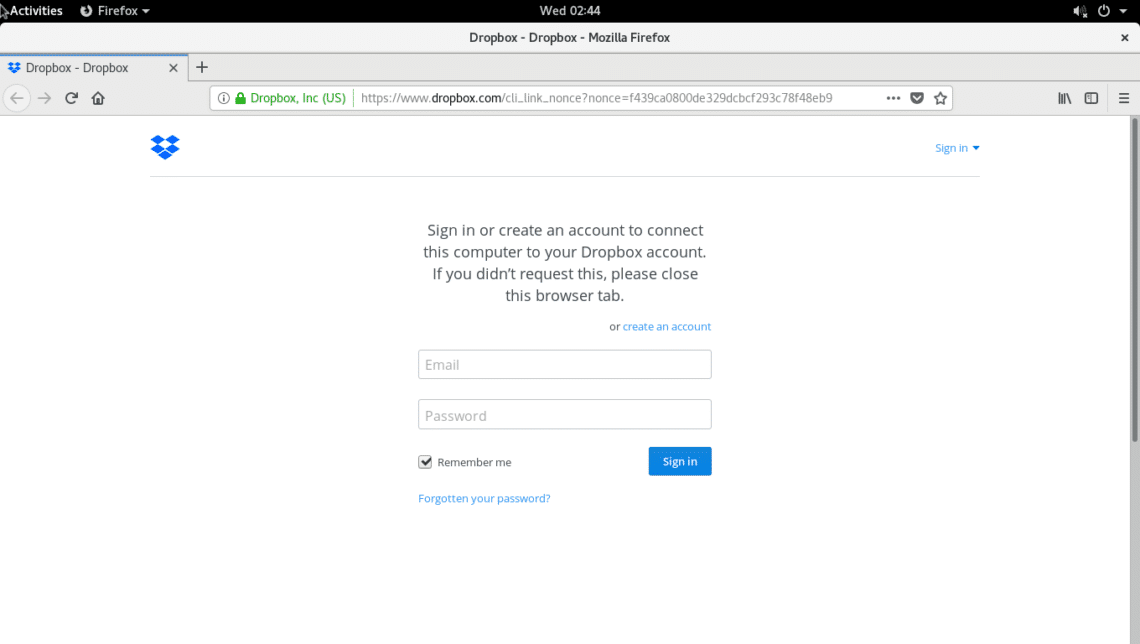 Once you login, you should see the following window.

Now go to your user’s HOME directory and you should see a new directory Dropbox as shown in the screenshot below. This is the directory where all your Dropbox files will be. 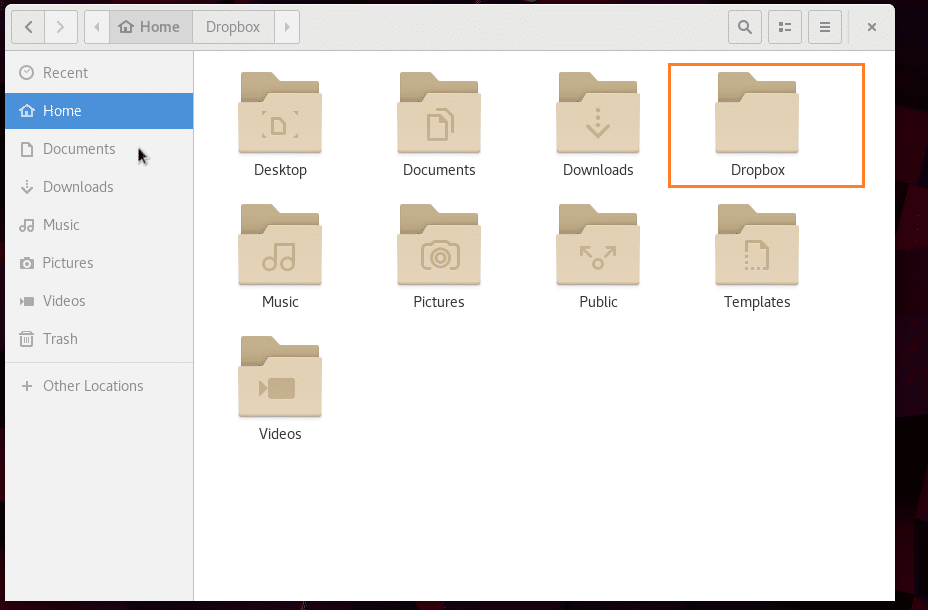 As I created a new account, inside of my Dropbox directory these are the files I have. You can paste files in this directory and the files will be automatically synced to your Dropbox account. You can also copy files from this directory just as you would use a File manager to copy and paste files back and forth between directories. 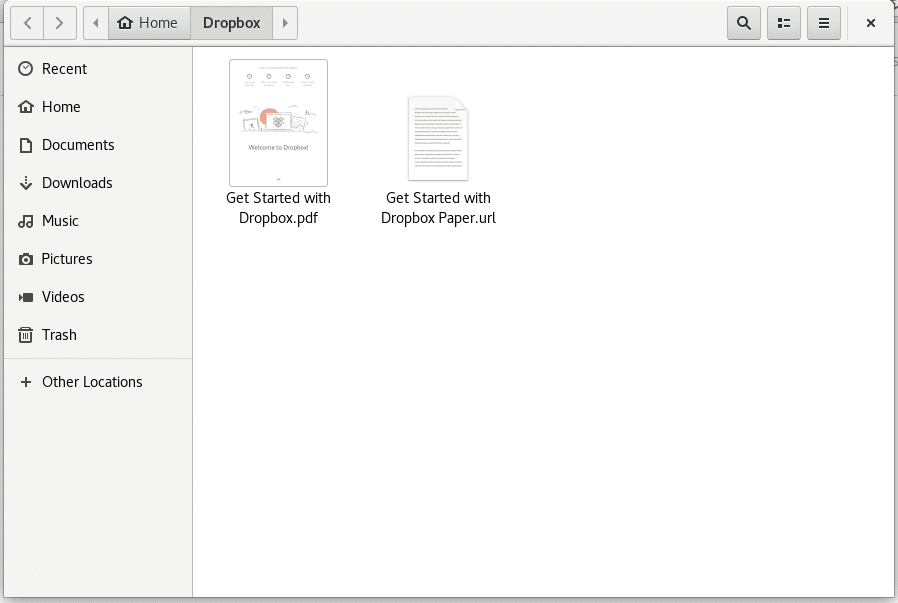 As you can see in the screenshot below, I copied a test.txt file in the Dropbox directory.

When I go to my Dropbox account from a web browser, I can see the file I just copied there as marked in the screenshot below. 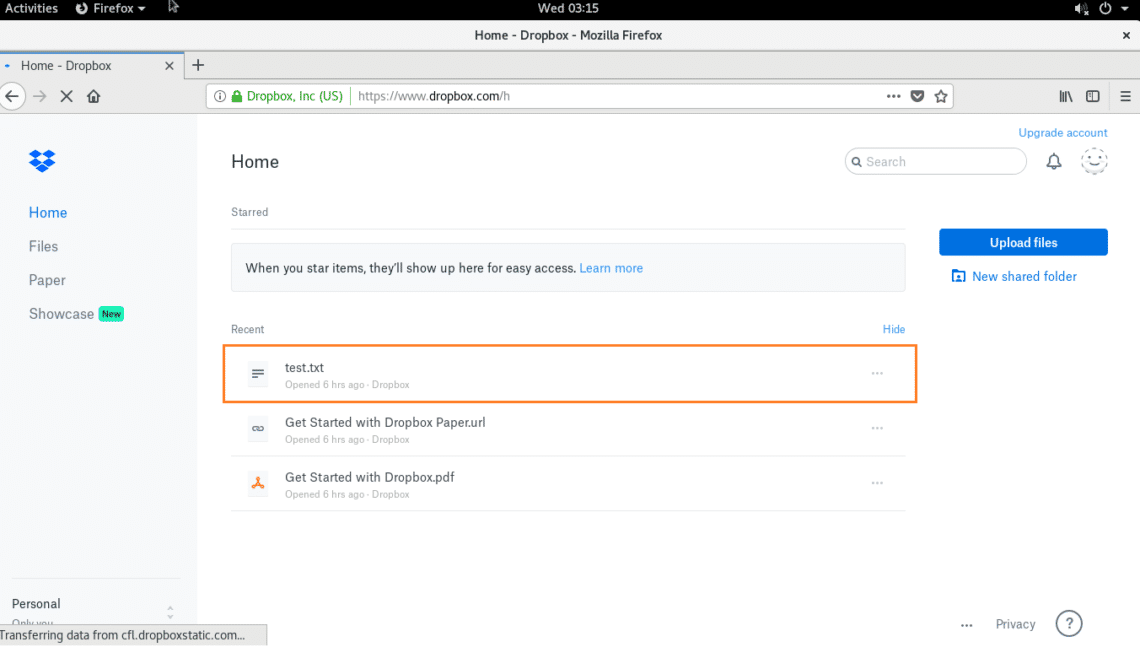 So that’s how you install and use Dropbox on Arch Linux. Thanks for reading this article.