The Debian Package (dpkg) is a Linux management low-level tool as compared to APT. It is used to perform different operations such as installing, updating or removing the .deb packages. The .deb is an extension for the Linux Debian software packages and their derivatives.

The Debian Packages Management consists of several libraries and executable files related to a particular suite of programs. It has 51,000 packages with access to multiple online repositories. Most software packages are free to install, but you can also install paid software from the repository.

If you’re working on Linux distributions like Ubuntu, then you must deal with the .deb packages. The dpkg tool helps monitor the Debian command queries, install and remove software packages, and the dependencies associated with these packages.

You can execute the dpkg using the command-line parameters with a single action or option. But there is also another well-known front-end interface for the Debian packages named Aptitude. Users can also perform actions and monitor the .deb packages using the Aptitude tool.

The syntax of the dpkg tool is:

When we install a tool or software using the Debien package, it might be possible to install all of the respective dependencies. It will show the user that the software has been installed and list the names of dependencies that failed to install because of some errors.

To download all of them, the command would be:

Let’s take an example to understand how we can get dpkg dependencies of the installed package automatically.

Suppose to install the “TeamViewer” using the Debian package. Type the following command: 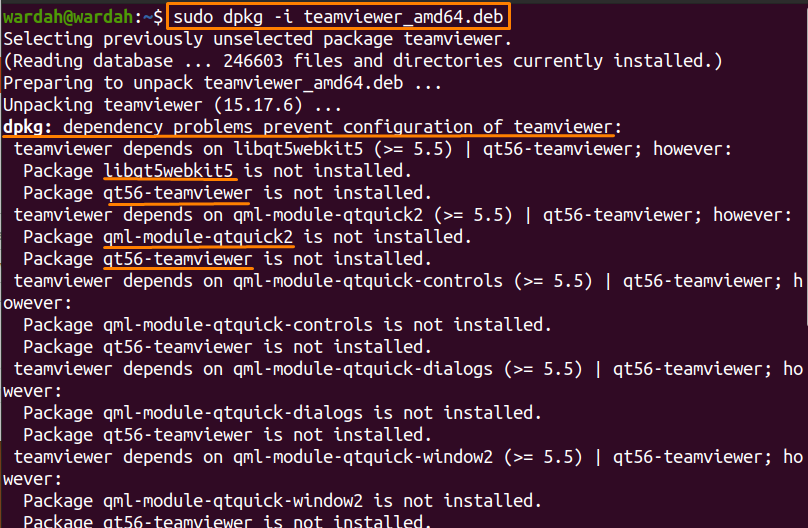 Although we have installed “Teamviewer,” you can see in the image that most of its dependencies, as we highlighted i-e qt56-Teamviewer, qml-module-qtquick2, etc. won’t be installed because of some issues.

To resolve this and download all of the dependencies, use the mentioned command: 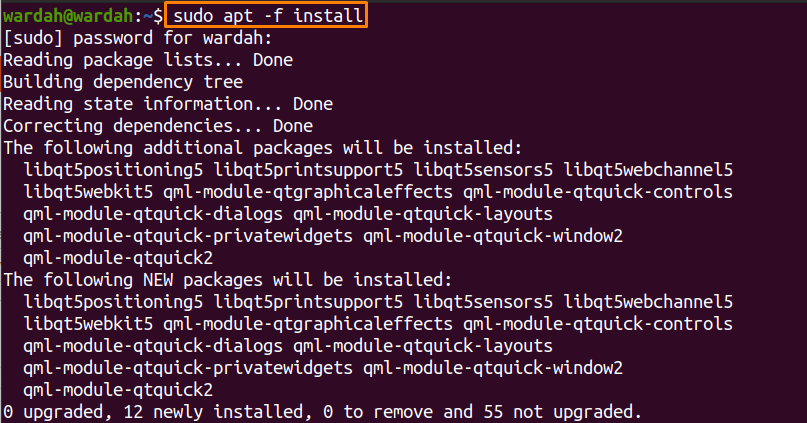 So, all the dependencies of package “Teamviewer” have been installed.

When we install a tool using the Debien package, there is a possibility that all of the respective dependencies may not install. The Debien packages are third-party tools used to install software packages in Linux distributions. The guide gave us how to automatically install all the dependencies when they failed to download with the package.