A terminal is considered the backbone of a Linux operating system and the users spend most of their time using the terminal to perform various activities. However, most of them may become tired of using the same terminal screen every time and they will surely need a solution to change the look of their Linux terminal screen.

Hyper Terminal is an excellent utility that will allow you to install various themes and plugins to completely change your terminal look. It includes several features, such as different fonts, multiple style changes and much more.

How to Install Hyper Terminal in Ubuntu 22.04

In this guide, you will find the easiest way to install Hyper Terminal on Ubuntu 22.04 using the following steps:

First, you will need to download the Hyper terminal deb file through the below-mentioned command. 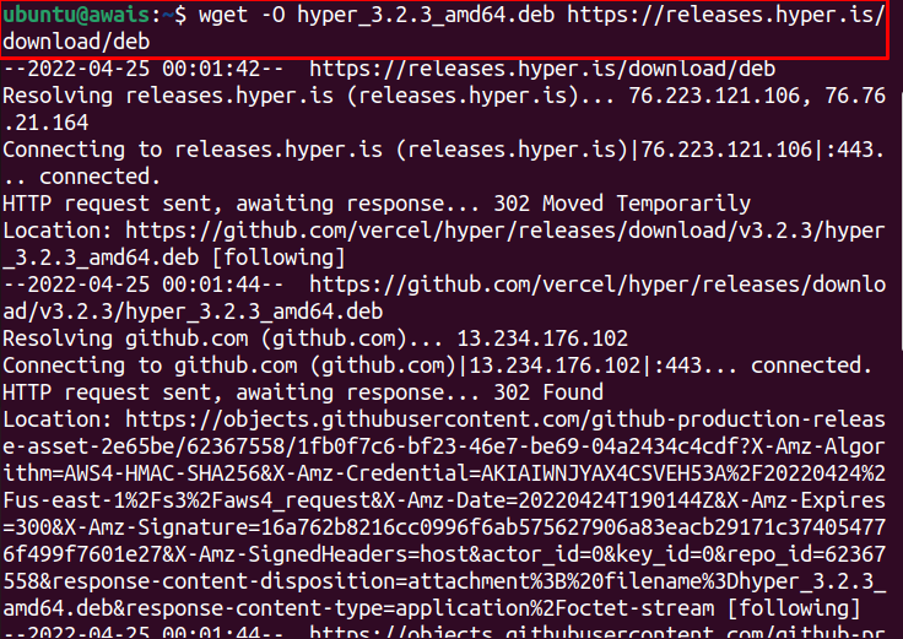 Step 2: Update the system after the installation

Now update the apt package system using the following command as this will be a good step before installing any package. 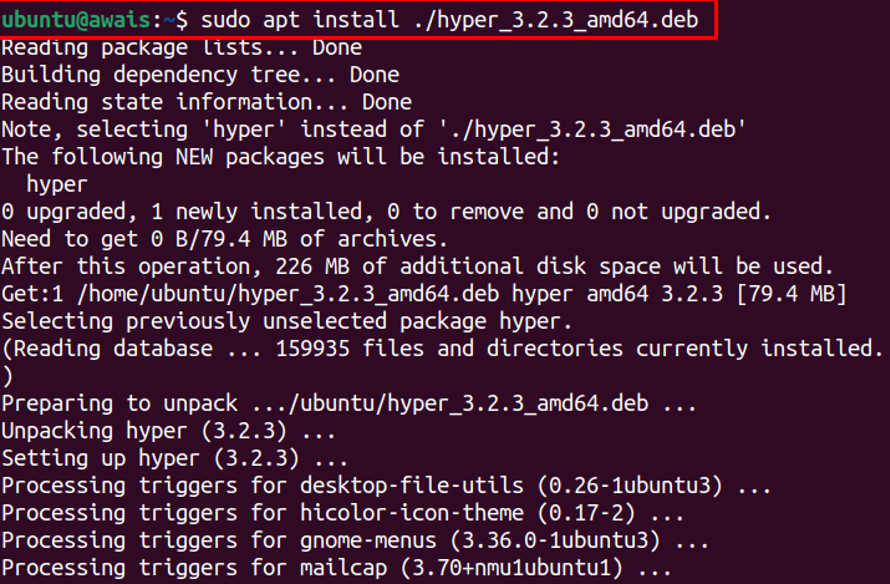 Once the Hyper terminal installation is completed, you can then search the application on the Ubuntu applications search bar.

Or you can use the “hyper” command in the terminal to run the application on the desktop. 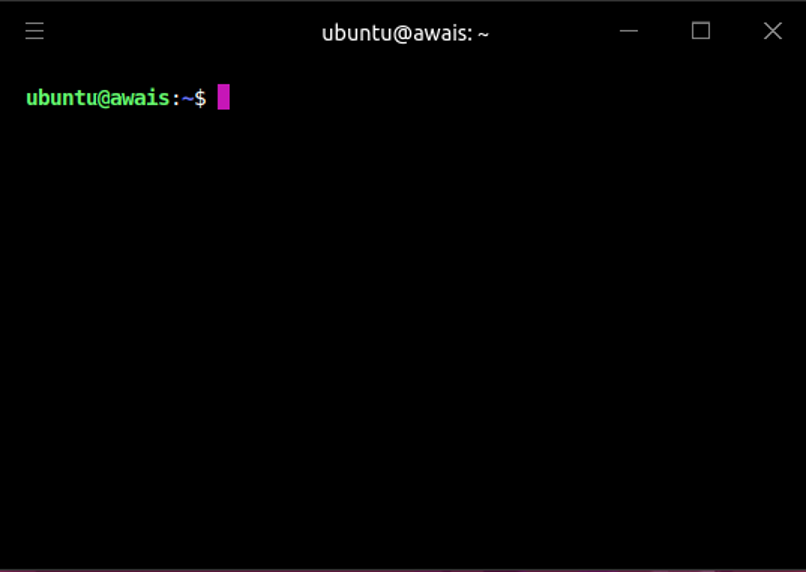 You can run all the commands in the Hyper which you often use in Ubuntu terminal.

How to Customize Hyper Terminal

Now to customize Hyper Terminal which you can easily do by opening its configuration file using the following command. 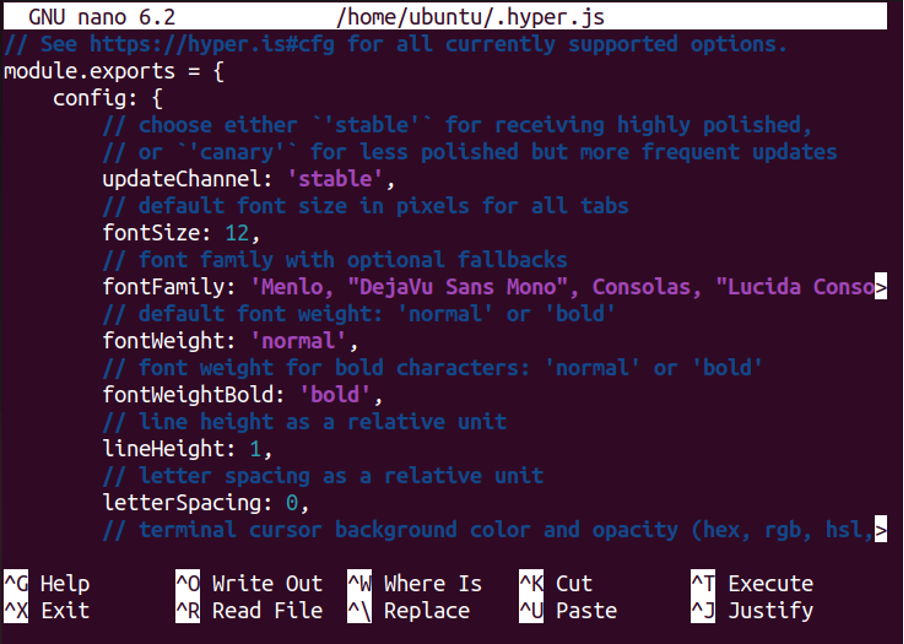 Alternatively, you can also open the customization setting from the “Preferences” option which you will find in “File>Edit”. 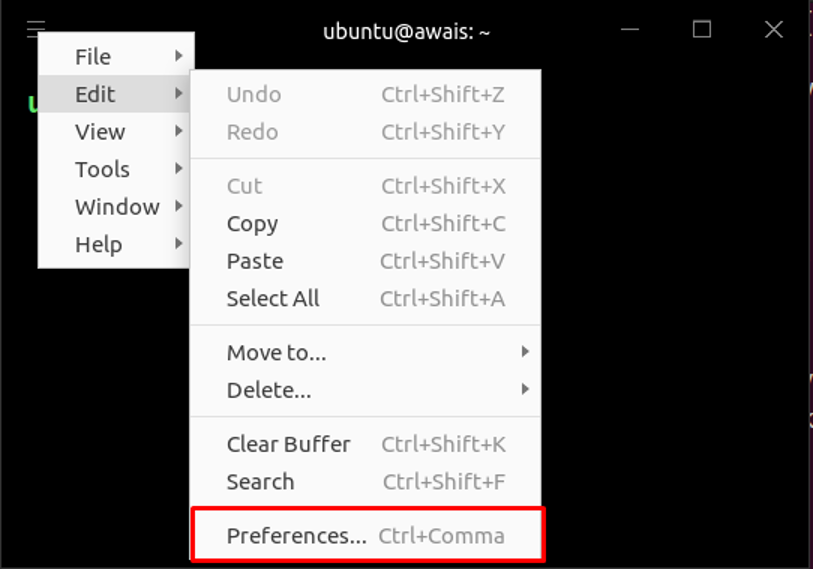 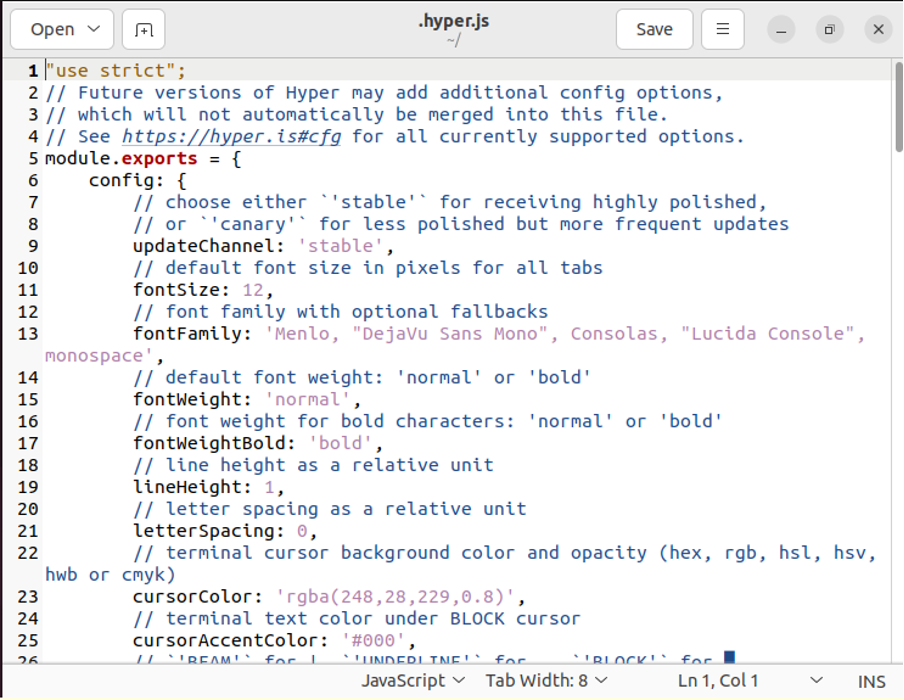 Here, in the file, you can customize font setting, colors and much more. It’s your choice what settings you want. Once you make the changes, don’t forget to save the file. Here, I changed the font size from 12 to 16 in the above file. 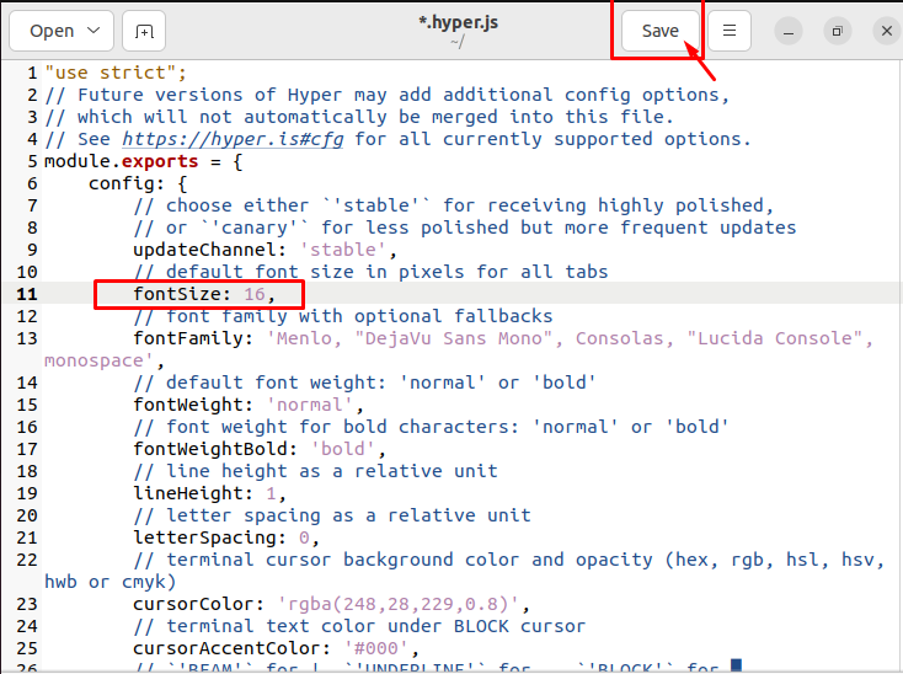 After saving and closing the configuration file, the text size of Hyper Terminal will be increased as shown below. 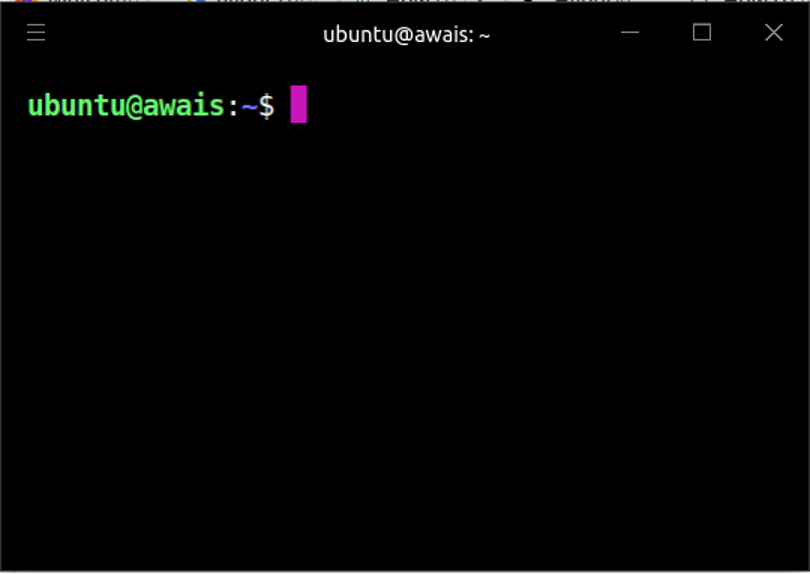 You can also change the terminal background color by going into the file again. 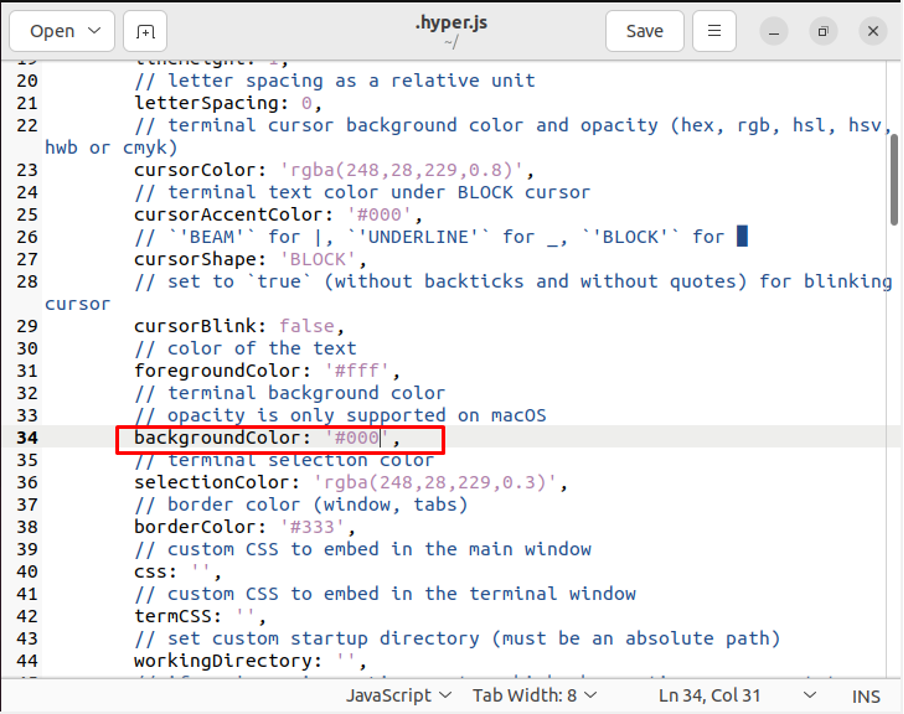 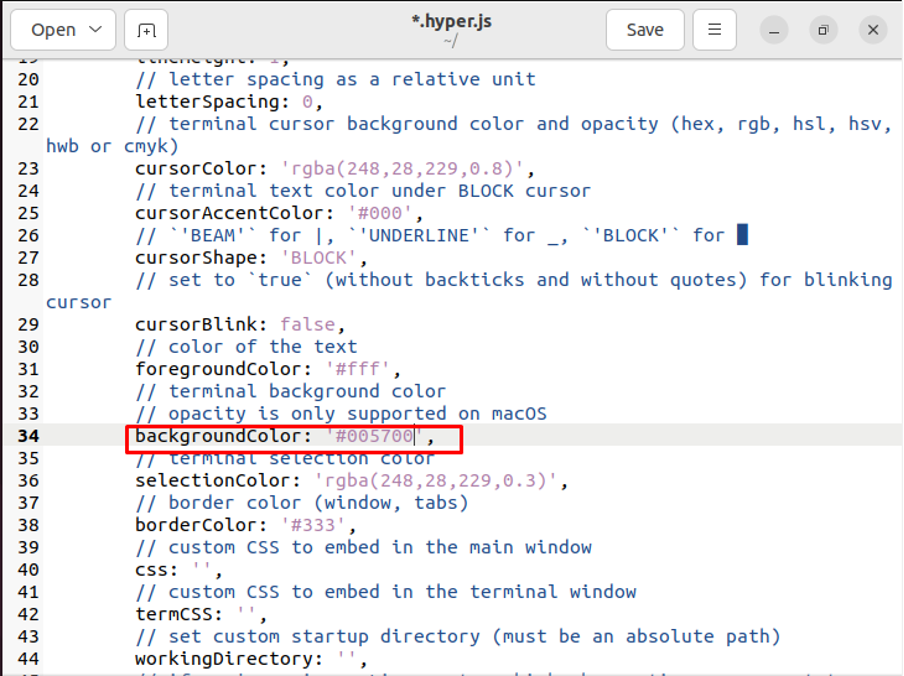 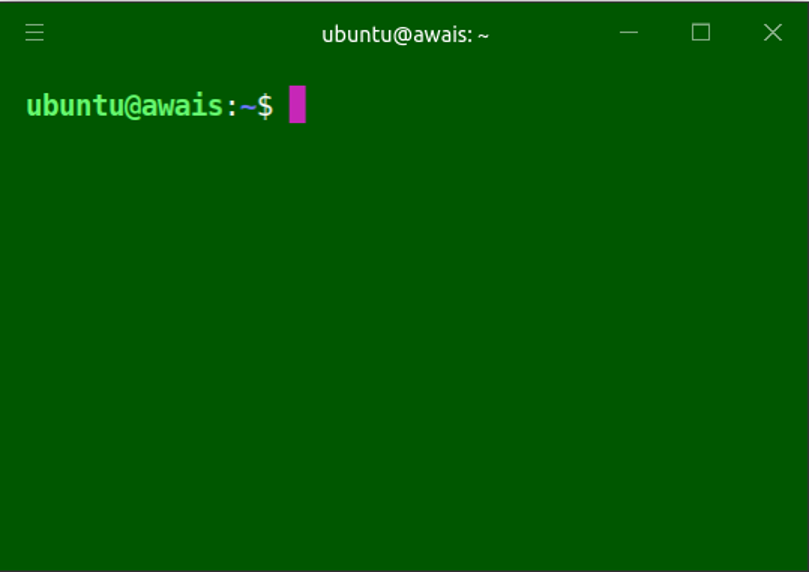 Further, to change the font style, go to the configuration file and find the “Font Family”. 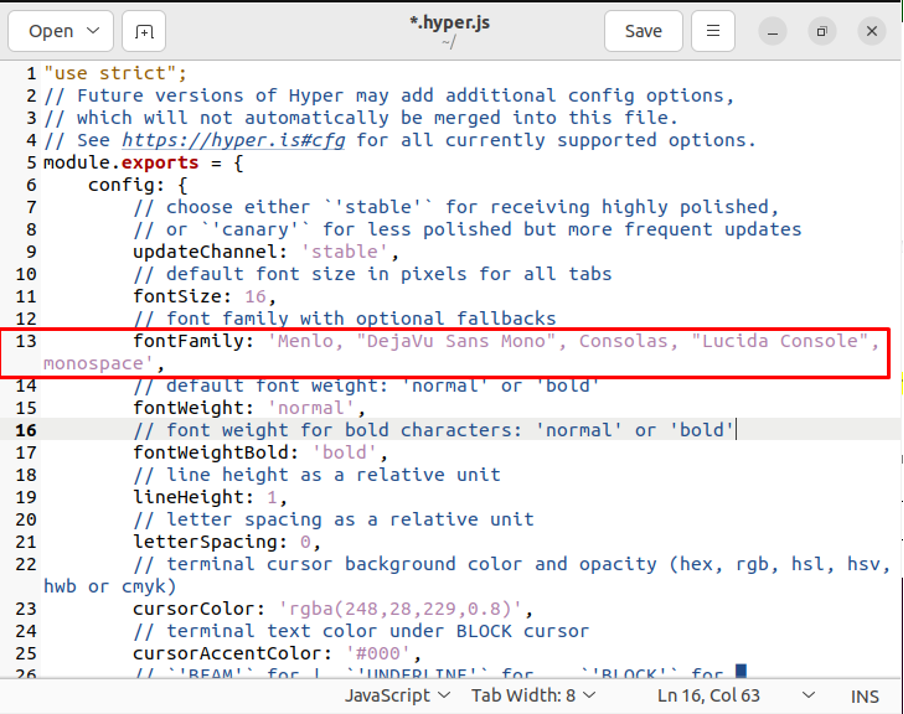 Change any of the font style names. In our case, we replace “DejaVu Sans Mono”  with “Times New Roman”. 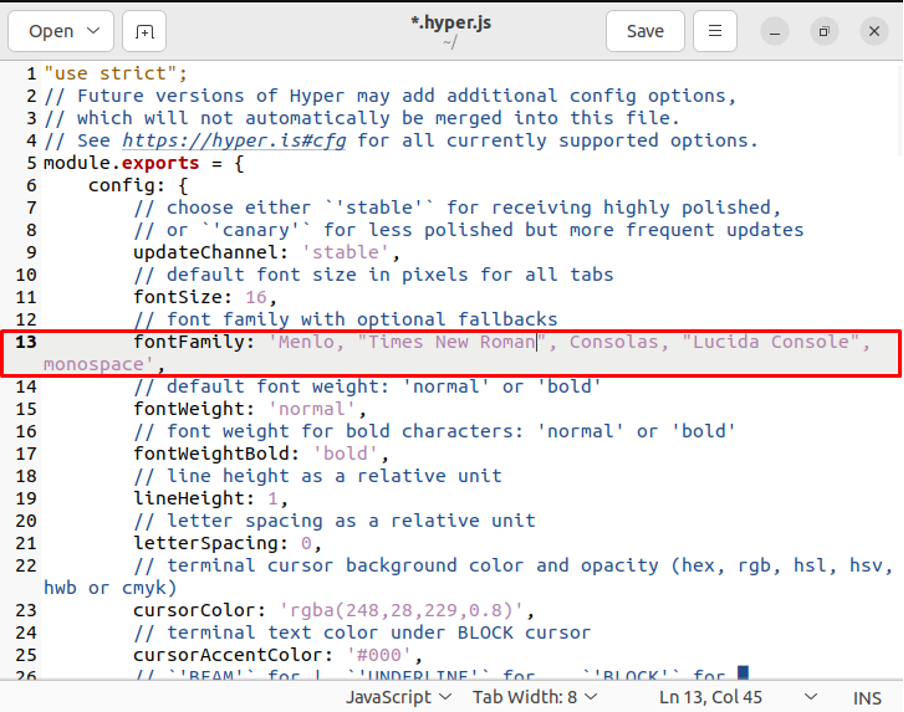 Save the file and see the changes in the terminal. 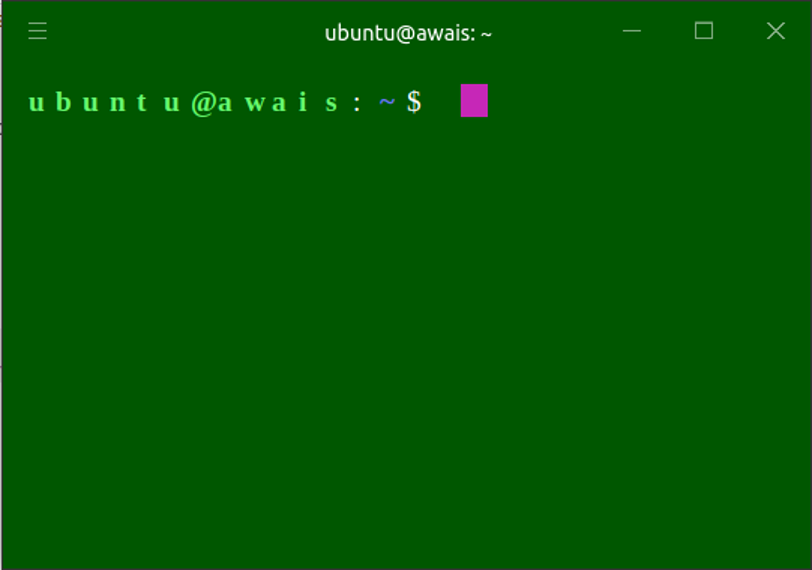 In this way, you can customize Hyper terminal to make it unique as compared to the default Ubuntu terminal.

If you want to stick with the default Ubuntu terminal, you can remove Hyper Terminal from Ubuntu 22.04 using the following command.

Hyper Terminal is an excellent command-line interface that efficiently runs on any operating system and provides several customizable options to completely change the terminal look. The above guide demonstrates how you can install the Hyper Terminal on Ubuntu 22.04, and once the installation is successful, you can change the settings from the configuration file.