Let’s use a pencil as an example because it allows you to write something on paper. If you don’t write, it won’t help you and the same is true for Arduino, which works when you program it. Arduino IDE provides you the environment where you can write your codes and check whether they are working fine. You cannot control a device using the Adriano module if you haven’t done proper coding on the IDE. In order to test the code before uploading it on the Arduino module, you will need an IDE for that purpose. If you are able to run your code successfully on your Arduino IDE you can then be able to upload it on the Arduino module.

How to install Arduino IDE on Raspberry Pi

In this article, we will tell you how you can install Arduino IDE on Raspberry Pi by following the steps carefully. If you skip a step, you won’t be able to do your task on Arduino.

Step 1: Check whether your system is updated or not. If your packages are not updated, any command you write to install a software will install an older version of the software. So, it is necessary for you to have installed the updates by entering the below command in the terminal.

Step 2: Now the first step is completed, you have to upgrade the packages as well using the given command in the terminal. This will upgrade your packages installed in your Raspberry Pi version.

Step 3: After installing all the important updates and upgrades, the next thing you should do is to install the Arduino IDE by entering the command in the terminal of your Raspberry Pi.

The above command will install Arduino IDE on your Raspberry Pi desktop and you will be able to run it through the terminal by entering the following command.

The above command will run the Arduino and you will be able to see it on your screen. 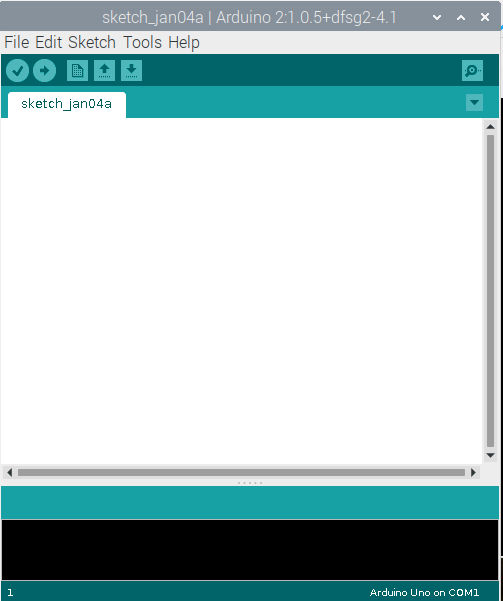 Setting up your Arduino IDE 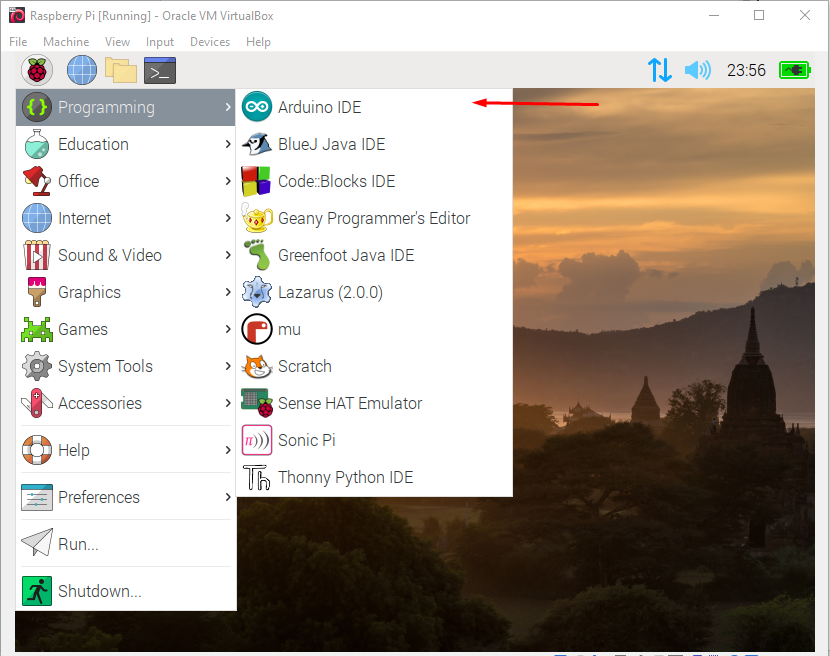 The latest version of Arduino IDE supports multiple board options. So, you don’t need to worry about the compatibility of your board with the Arduino IDE. You will find tons of options there. You can check your board by heading towards the tools option and then in the board option you will be able to see your required board in the list. 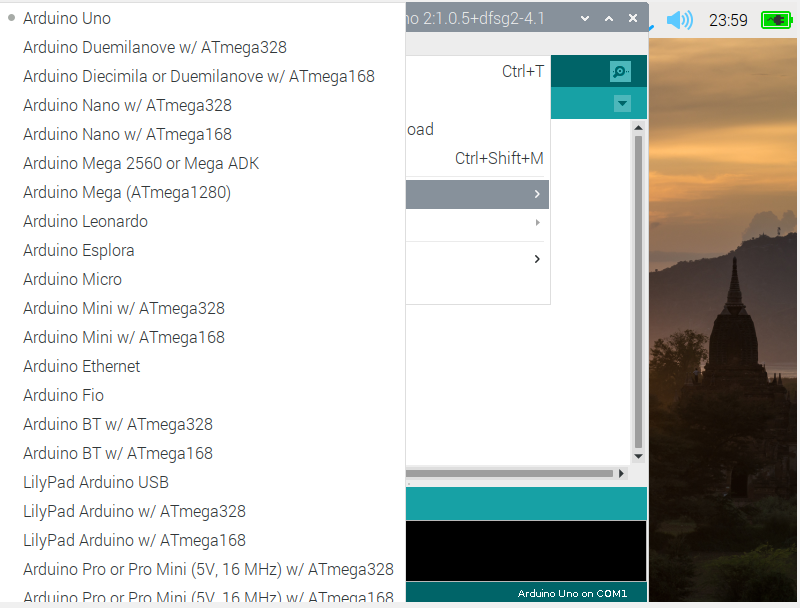 If you want to test whether the Arduino is working fine or not but you don’t know how you can write a code. Then don’t need to worry about that as there are many examples available in Arduino, which you can easily select and run to check whether these are working fine on Arduino.

You can see those examples in the “File” option of Arduino IDE and then heading towards the “Examples” option. There you will be able to see a lot of examples which you can run on your IDE. 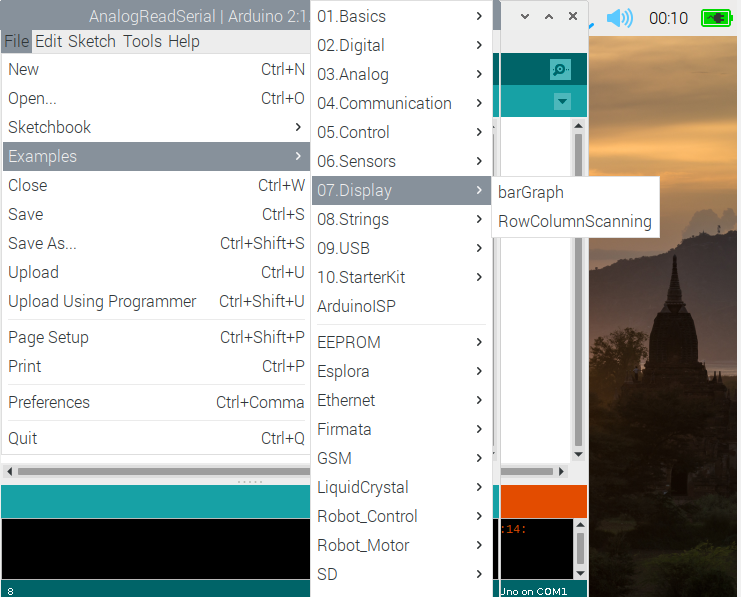 Now you can easily verify whether the code is working fine or not by selecting the first option “Verify”. It will give you a confirmation message then your code is successfully compiled without any error. 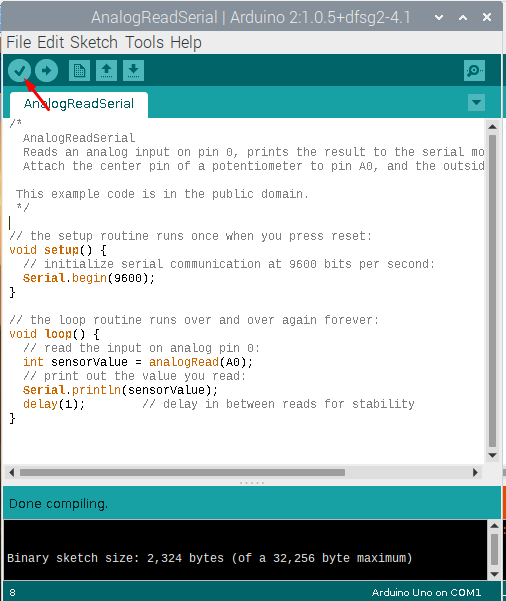 If you want to port your code with your Arduino board you can do that easily after the compilation and by clicking on the “Upload” option. But for that you first need to connect your board with your system otherwise it will give you an error message saying that your serial port “COM1” is not found.

If you are wishing to remove Arduino IDE on Raspberry Pi, you can do that quite easily through entering a simple command in the terminal.