Android studio is one of the many tools available that are used for android development. This is a cross-platform tool that works on many operating systems and has numerous built-in features and comes with multiple layouts for generating eye catchy GUI. These features were one reason why this tool replaced the formerly popular tool Eclipse IDE.

You can install Android Studio on Ubuntu 22.04 using two methods which are either using android-studio repository or Snap. Both of these methods have been discussed here in detail.

Follow the steps given below to learn how this method can be used to install Android Studio on Ubuntu 22.04. This method makes use of the PPA repository to proceed with the installation procedure.

If you do not have JDK installed on your system then use the below-given command to install it on Ubuntu 22.04.

While processing you will be asked whether you want to continue or not. Press ‘Y’ to continue the installation procedure.

Now validate if the app was successfully installed.

The installation has been verified.

Now that JDK has been installed you have to import the android-studio repository by running the command provided below. 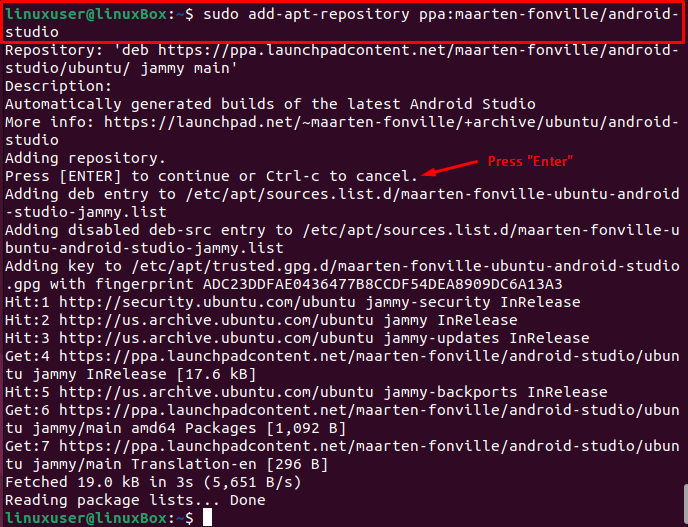 Now update your system before you move towards installing the Android Studio.

After updating the system, you can now easily install the app.

Now you simply have to search for the app in the menu and once you find it, you can click on it to use the app. 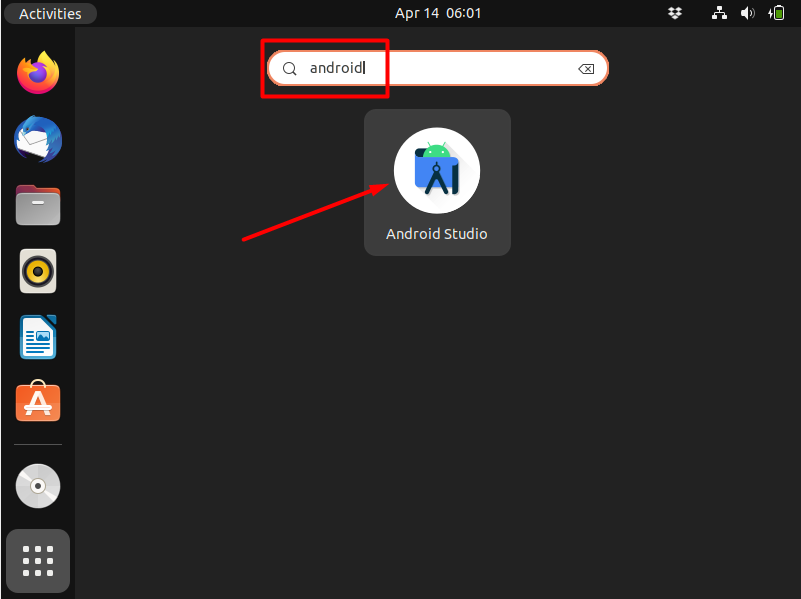 Android Studio has been installed.

Here we have elaborated how you can use Snap store to install Android Studio.

Snap is by default installed on Ubuntu 22.04, however, if it is not installed, use the below-given command.

You have to install JDK on your system before installing Android Studio as indicated in the previous method.

Lastly, use the command provided below to install Android Studio.

The app has been installed.

How to uninstall Android Studio

If you wish to uninstall Android Studio using Snap then follow the command given below:

You can install Android Studio on Ubuntu 22.04 using either the android-studio repository or Snap. In both cases you need to install JDK first which can be done using the command $ sudo apt install openjdk-11-jdk. Each method has a certain set of steps that need to be followed and these have been discussed in detail along with visual representations.