The swap memory on the system is the extra space on a device storage which a user can utilize once the device runs out of memory. The swap creates a virtual memory on the system, allowing the user to use it later for extra storage space. The default swap memory is already set on your device and you have to increase it so that systems like Raspberry Pi with less RAM can get extra storage space for executing more intensive tasks without encountering any memory error.

This tutorial will show you how to increase swap on your Raspberry Pi to overcome the low memory issue.

How to increase swap on Raspberry Pi

The following steps will help you in increasing the swap on your Raspberry Pi device.

Before increasing the swap on Raspberry Pi, you will first need to ensure that you are not running any heavy application on your device. The fact is the application is already using your swap memory which is set in by default in your system. To stop the swap process, you can apply the below-mentioned command:

The above command will temporarily stop the swap process on your device if in case any application is using the swap memory. 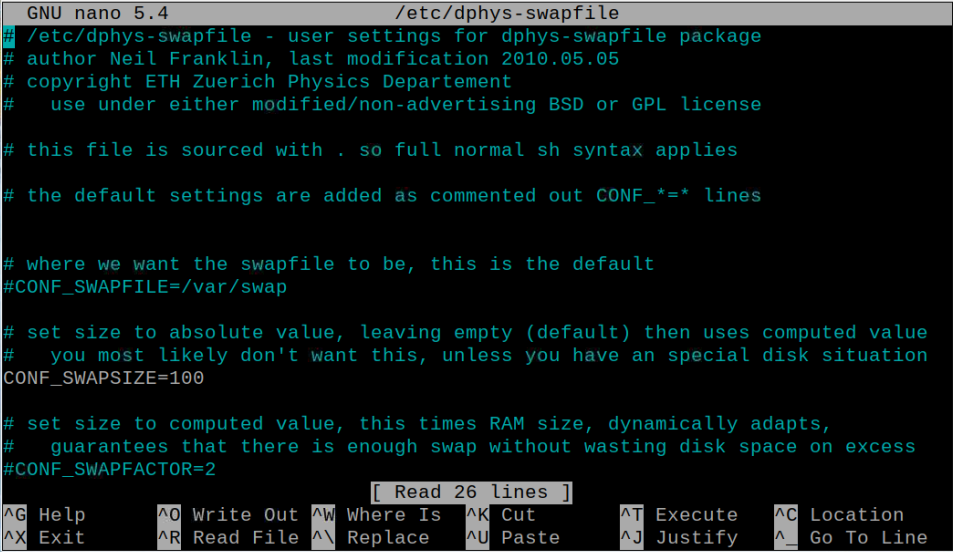 Then search the line “CONF_SWAPSIZE=100”. 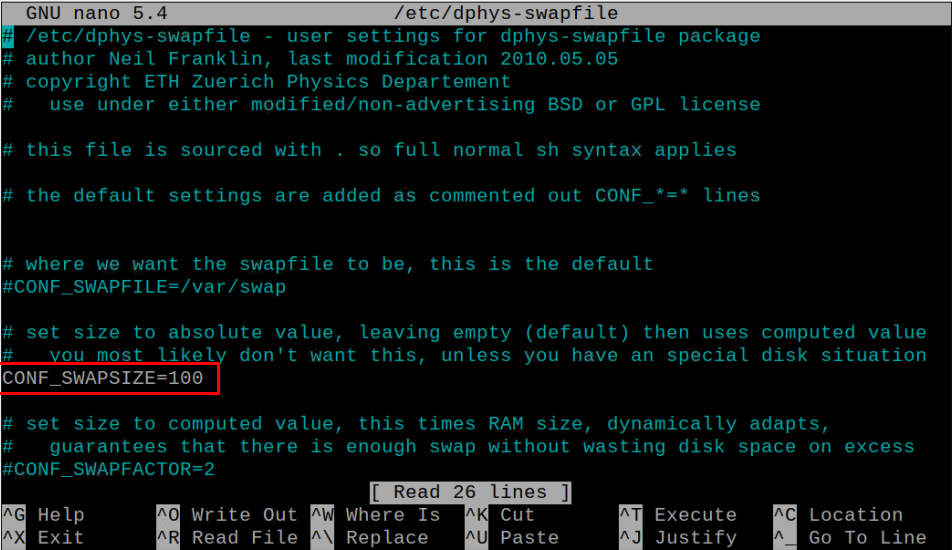 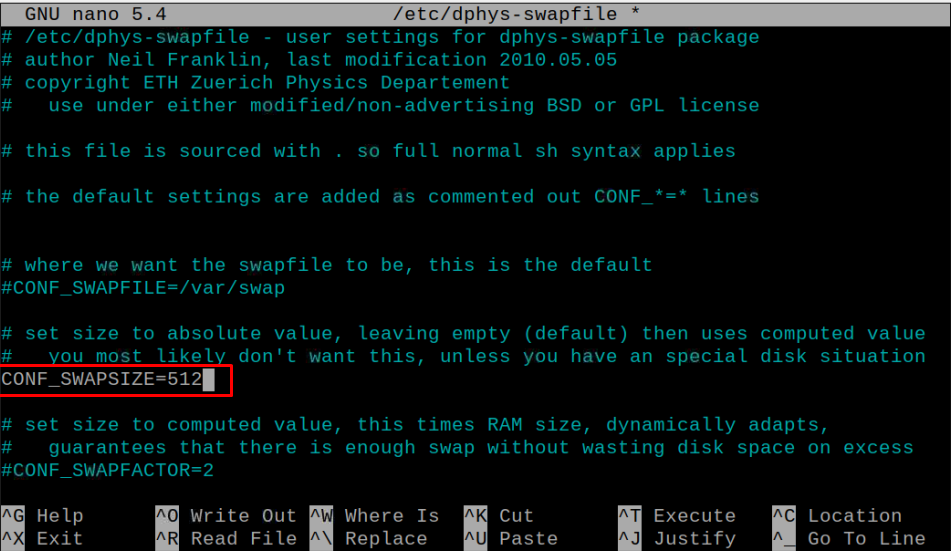 Once the above changes are done, save the file using CTRL+X, press Y and then use the Enter button.

After making changes to the above file, use the following command to reinitialize the swap file and remove the original swap file.

Step 4: Turn on the Swap

Once the reinitialization of the swap file is completed, you can run the following command to turn on the swap on your Raspberry Pi device.

Once the above steps are completed successfully, you can use the “reboot” command to restart your device and make the changes take place.

This will successfully increase the swap on your Raspberry Pi and you are now able to perform intensive tasks without worrying about any memory error.

The swap on Raspberry Pi is another helpful feature for the Raspberry Pi users who are encountering low memory issues. It creates a virtual memory that you can utilize once your physical memory is filled. The above step-by-step instructions will enable you to increase swap on Raspberry Pi and you have to set your swap memory based on your SD card size. Once the swap memory increases, you will then be able to execute various high computational tasks without worrying about low memory issues.