A common task is to edit images, change the formats, rename them and do many computations on not one but many files at the same time. ImageMagick a free and open-source application developed for displaying, converting and editing raster and vector images. It was developed in 1987 by John Cristy when he was working at DuPont. He used it to convert 24-bit images to 8-bit images and some of his personal works. It became public after he sold the rights to ImageMagick Studio LLC in 1990. It is a cross-platform software which run on Microsoft Windows and other UNIX-like systems.  It doesn’t have a robust GUI like Adobe Photoshop, Lightroom and GIMP but has a basic API like capability for UNIX-like systems. It can read and write images in a variety of formats like GIF, JOEG,PNG, Postscript and TFF.

How to Install ImageMagick

To install ImageMagick on Linux Operating system one can run the following command:

The sudo command, also known as the superuser do or switch user do, allows a user with proper permissions to execute a command as the administrator of the system. apt-get is the command line tool for handling packages. When apt-get is followed by install then it is used to install packages. There can be many packages mentioned following the install tool. A specific version of package can be specified to get installed by writing the package name with an equals (=) sign and the version of the package that is required. For installing ImageMagick software two packages i.e. imagemagick and php-imagick are chosen to get installed.

How to Display an Image

The basic function or tool in ImageMagick is display. The syntax is as follows:

Always one has to navigate to the directory through the terminal when displaying the image. It can be done by: 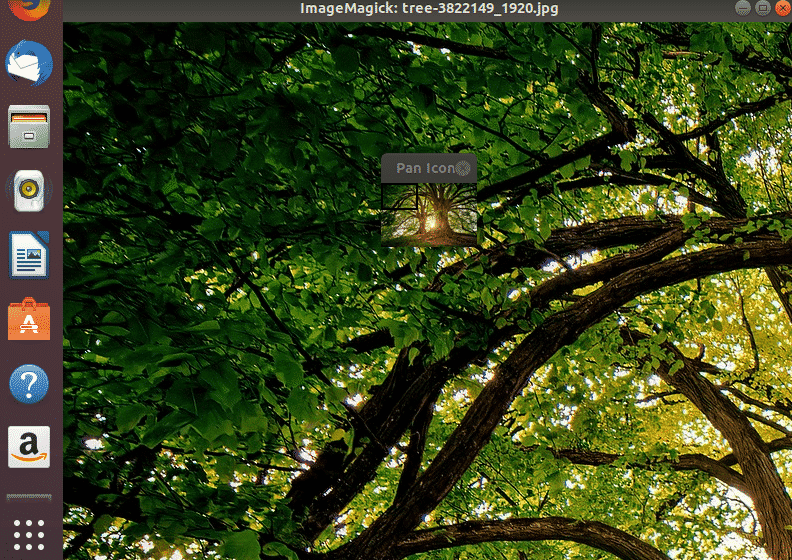 How to Backup an Image

Always one must make a copy of the image before doing any changes on it. Always the basic conversions like blur, crop, filter etc. must be performed on the copy of the original image. This is a safe programming practice that must be followed by everyone. In case if there has been any anomaly when performing the conversions, original image is still intact.

The copy of the original image can be formed with the following certain steps.

mv stands for move. This command is used to move one or more files or directories from one place to another file system. It can also be used to rename the file from one name to another.

cp stands for copy. This command is used to copy files or group of files or directory. It creates an exact image of a file on the disk with different file name.

In the above example a copy of the same file with different file name is created in Line 3.

How to Use Sharpen Command

For any basic conversions in ImageMagick the convert command, which specifies the type of conversion and other arguments along with, can be used. Convert command contains many functions, and list of these functions can be located in the official site of ImageMagick.

Most of the images retrieved from archaeological findings are not clear due to the harshness of time and nature, most of the time the information caught on by the CCTV camera is not clear for surveillance purpose and many of the times one has a blurry pic which needs some sharpening before posting on the social media. Sharpen command is used in the following format.

The syntax for the sharpen command is as follows:

Radius is an integer value and always must be two times of sigma. For faster computation it must be minimum 1.    “The most important factor is the sigma. As it is the real control of the sharpening operation.” [1] The 2-D Gaussian is given by:

Where z is a column vector containing the x and y coordinate in the image. One can keep on changing the variance keeping the number of pixels the same and get different images. So, sigma is a very important factor for determining the outlook of the image.

To perform the sharpen operation on an image first blur the image using blur operation which takes the same arguments as sharpen command.

Then sharpening the image can be done in the following way:

Then finally use the display command to show the image on the screen. 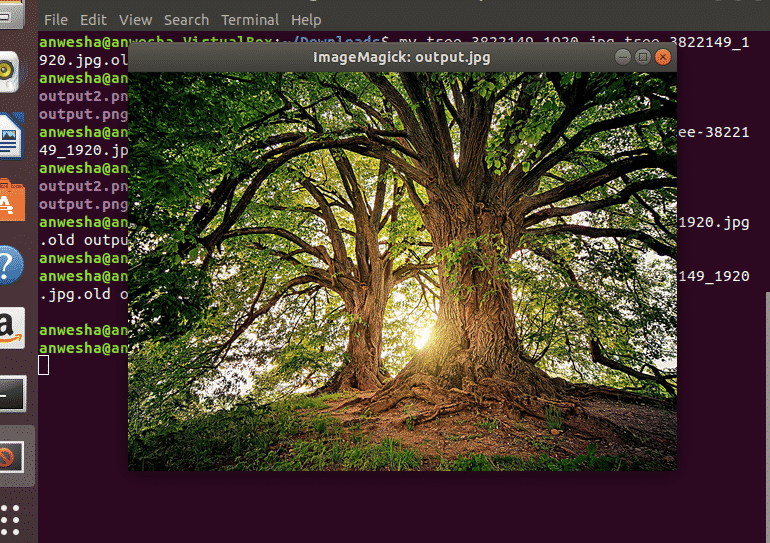 The ImageMagick software has many functions to perform. From resizing to blurring to painting there are many functionalities offered. The sharpen command is helpful in reducing the blur effect of an image to help people to recognize its content. This is quite useful in many use cases such as identifying criminals, recovering photos taken with an old camera.