Image metadata and tag editors provide useful ways to attach information to image files, making it easier to sort, filter, and search photos stored on your hard drive. This article will cover a list of such useful tag editors that help you better organize your collection of images. Note that metadata editors may support different standards to maintain tags for images. This article will mostly focus on applications providing support for “Exif” metadata standard (other standards are XMP and IPTC). Exif is one of the most widely used standards and works cross-platform as many metadata editing applications on both mobile and desktop operating systems support this standard.

ExifTool is a command line metadata viewer and editor that can handle tags for a variety of media formats including images. You can edit existing tags as well as add your own new fields as long as they are valid tags as per Exif standards. It also provides an option to safely backup the original file and can instead edit metadata of a copy file.

To install ExifTool in Ubuntu, execute the following command:

In some versions of Ubuntu, you may need to execute the following command instead to install the app:

You can install ExifTool in other major Linux distributions from the package manager. You can also download files for it from its homepage.

Once installed, run a command in the following format to view metadata of an image file: 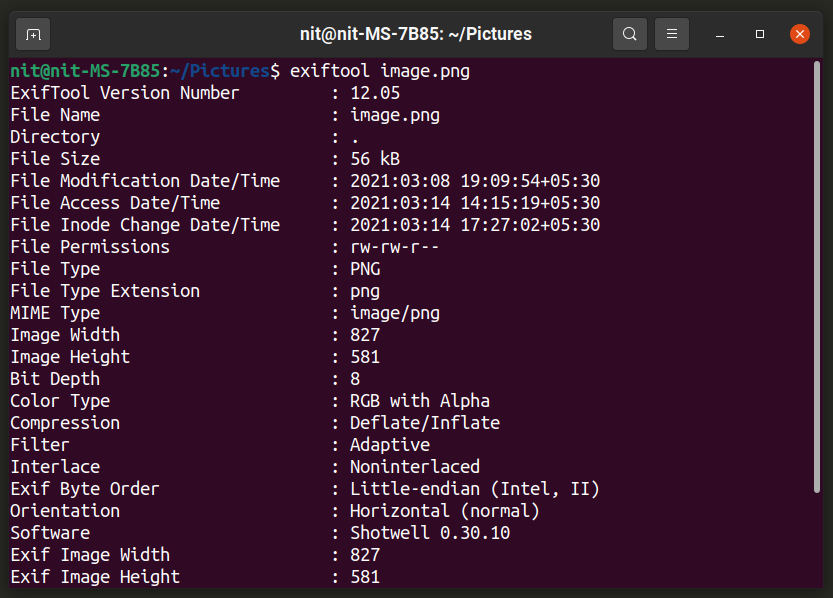 To change an existing field, just use a command in the following format:

You can replace “-Software” with any other field and replace right hand side value with your own custom value. If the field doesn’t exist, ExifTool will create it automatically. You can find a list of valid metadata fields available here.

ExifTool comes with numerous command line options and is an extremely powerful tool to edit tags of your media files. You can know more about its options by running the command below:

A web version of this man page can be accessed from here.

jExifToolGUI is an open source application that allows you to view and edit tags from a nice GUI frontend. It is based on the ExifTool utility mentioned above and is developed in the Java programming language. It supports all major features available in the ExifTool utility. jExifToolGUI can be specifically useful for users who find ExifTool’s numerous command line options complex and overwhelming. 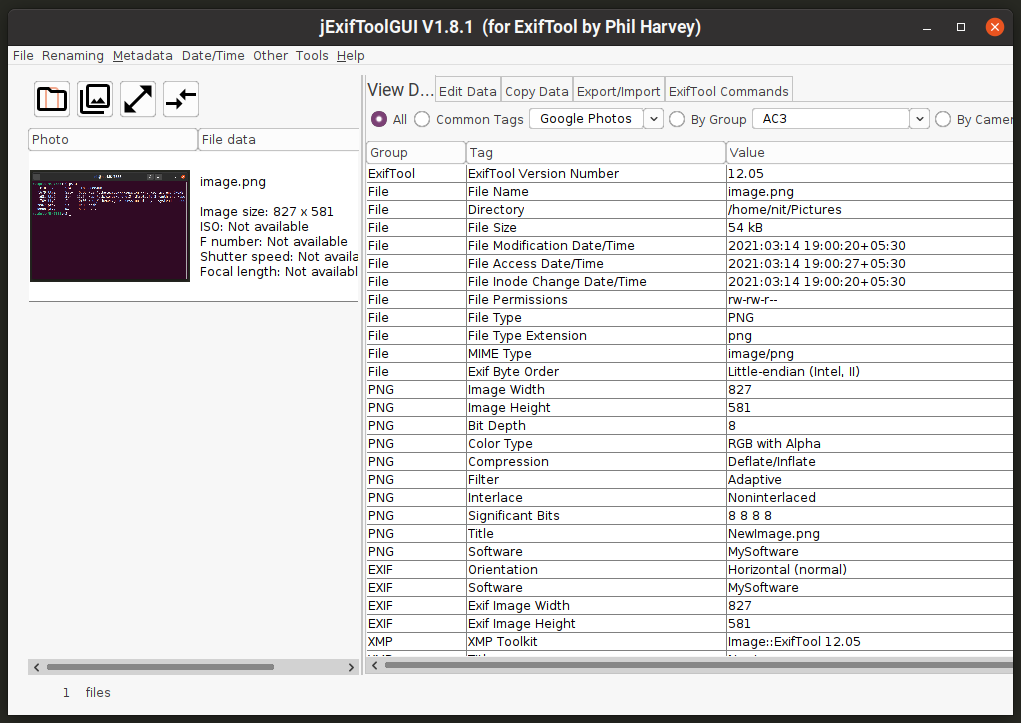 You can download the AppImage file for jExifToolGUI from here. This file works on all major Linux distributions, you just have to mark it executable from the file manager.

DigiKam is a photo management suite included in the KDE application suite. It comes with hundreds of options to customize almost every aspect of your photo library and is specially tailored for photography enthusiasts. One of its features allows you to view and edit image metadata. You just need to open an image file in DigiKam and click on the “Edit Metadata” option, as shown in the screenshot below. 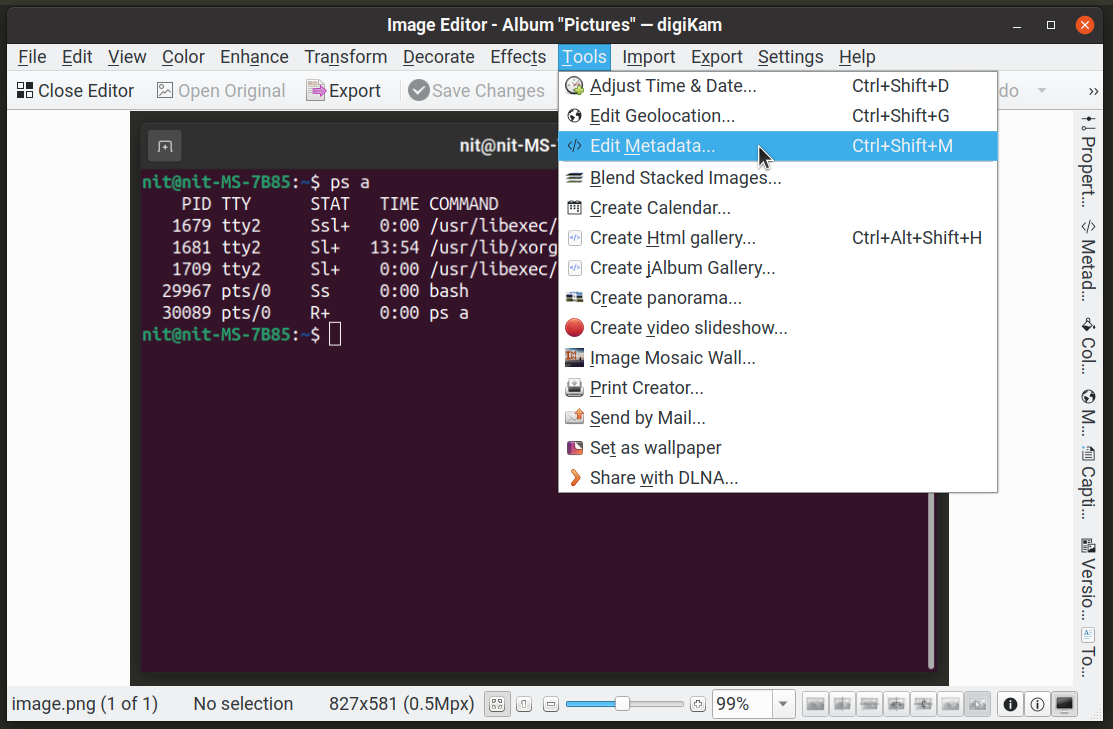 You can edit fields for various image metadata standards. 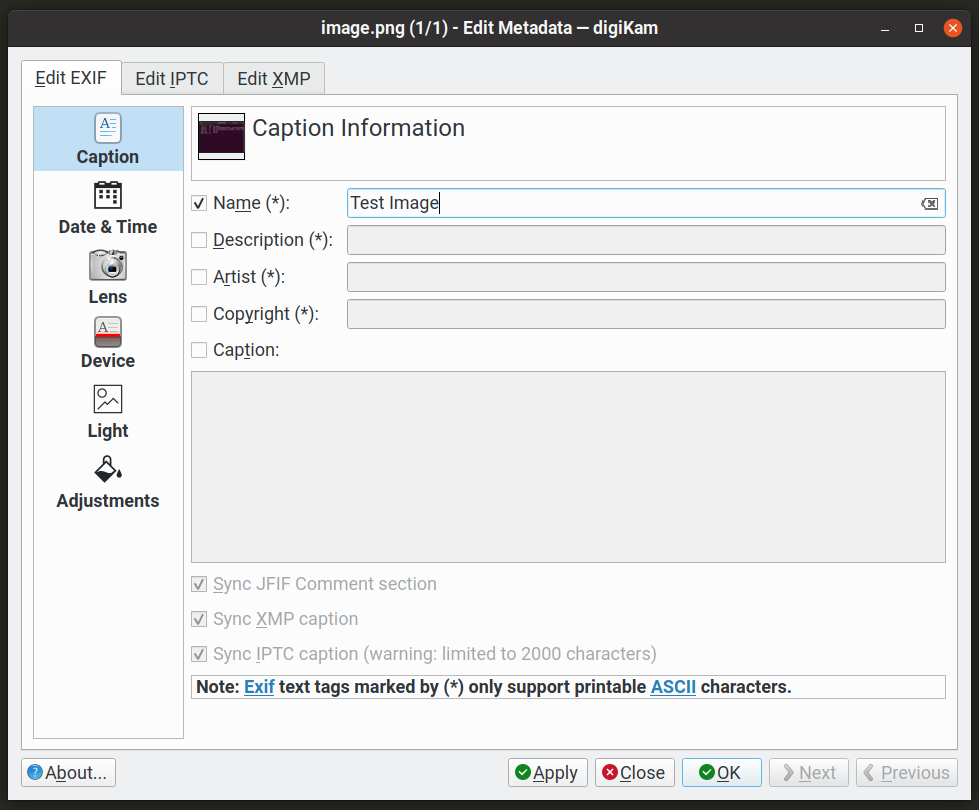 To install DigiKam in Ubuntu, execute the command specified below:

Exiv2 is a command line tool and library that can be used to view and edit metadata information of various image file formats. Written in C++, it can handle Exif, XMP, and IPTC tags. It also provides ways to convert tags from one standard to another.

To install Exiv2 in Ubuntu, execute the command mentioned below:

To view existing metadata of an image file, execute a command in the specified format: 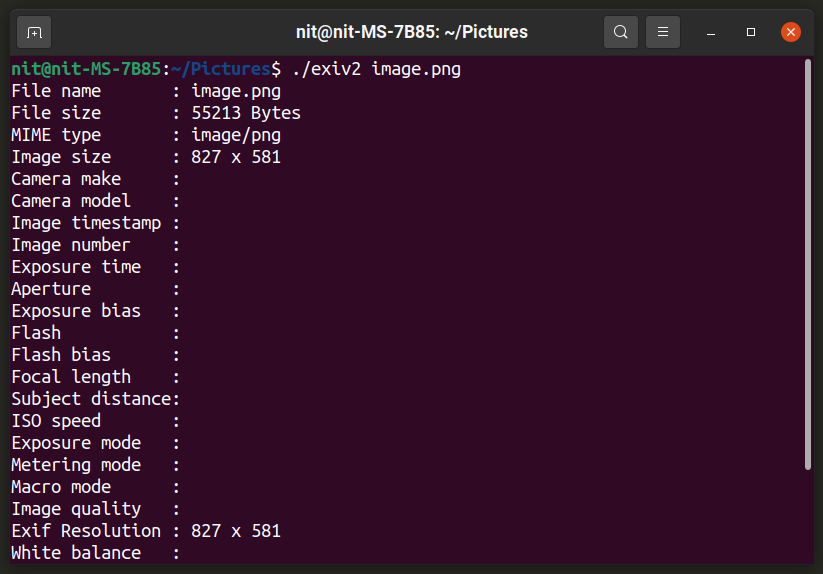 To change value of an existing tag, run a command in the following format:

The above command has three main parts. “Set” options tells it to change an existing tag. “Exif.Photo.UserComment” is an ID for a valid Exif tag that Exiv2 understands. You can view a list of these IDs from here. The last part is the actual text you want to add to the Exif metadata field. You can change these three parts according to your needs to manipulate the metadata information. Apart from “set”, you can use “add” and “del” options as well. A comprehensive guide for Exiv2 is available on its website.

To view all of its command line options, execute the following commands:

Jhead is a command line metadata editor that supports “JPG” and “JPEG” file formats only. It can show comprehensive metadata information for these file formats and allows you to edit a limited number of fields.

To install Jhead in Ubuntu, execute the command mentioned below:

Jhead can be installed in other major Linux distributions from the package manager. You can also compile its source code to get executable files.

To view metadata information of a JPEG file, run a command in the following format: 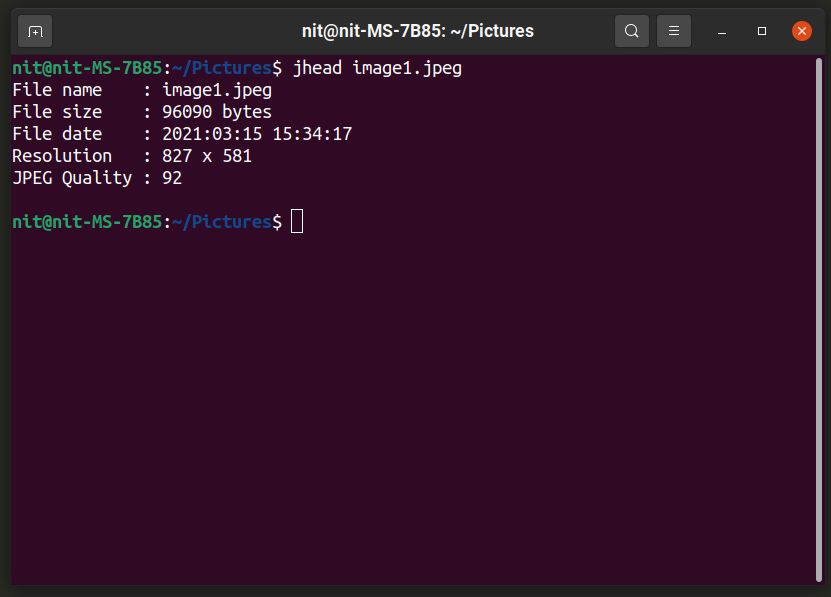 To add a comment tag to an image file, execute a command in the specified format:

To know more about all of its options and supported tags, run the following two commands:

You can also view its documentation online.

If you have a large collection of images, managing and organizing them can become a tiring task. These metadata editors allow you to ease photo management by providing multiple ways to tag them. While you may find numerous applications that can view Exif metadata tags, very few applications are actually able to edit them.