Tables are a good source of formatting your data to make it presentable/understandable. The HTML allows you to create tables for a web page using HTML elements. The HTML tables enhance the aesthetics of the web page and allow you to organize your data. We have compiled this guide to teach you about HTML tables, how they work and how they can be created. So, let’s start here:

How tables are created

The HTML supports long list of elements that assist in performing various tasks. The basic building blocks of HTML tables is <tr>, <td>, and <td>. However, the functionality of HTML tables can be extended by using elements such as <caption>, <col>, <tbody>, <colgroup>, and many more. All these elements are explained here one by one.

How to create HTML tables

The tags described in the above section are the key stakeholders in creating HTML tables. This section exercises those tags in various scenarios to define HTML tables:

Example 1: The code written below makes use of <td>, <tr>, and <th>tags to define an HTML table.

In the above code, 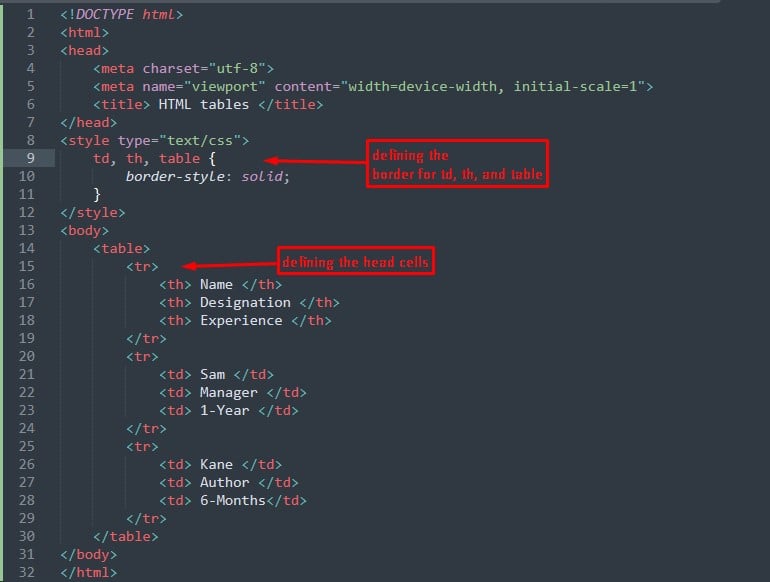 Example 2: In contrast to above example, we have used some extra tags like <caption>, <colgroup>, and <col>.

The above code is described as, 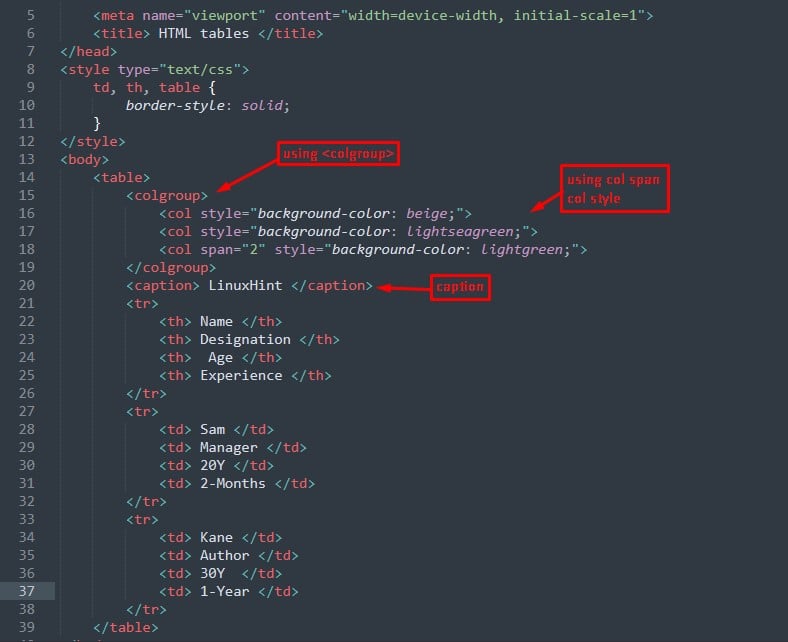 The above output shows that the “col style” is applied on all the columns whereas the “col span” is practiced on 3rd and 4th columns.

The code is described as, 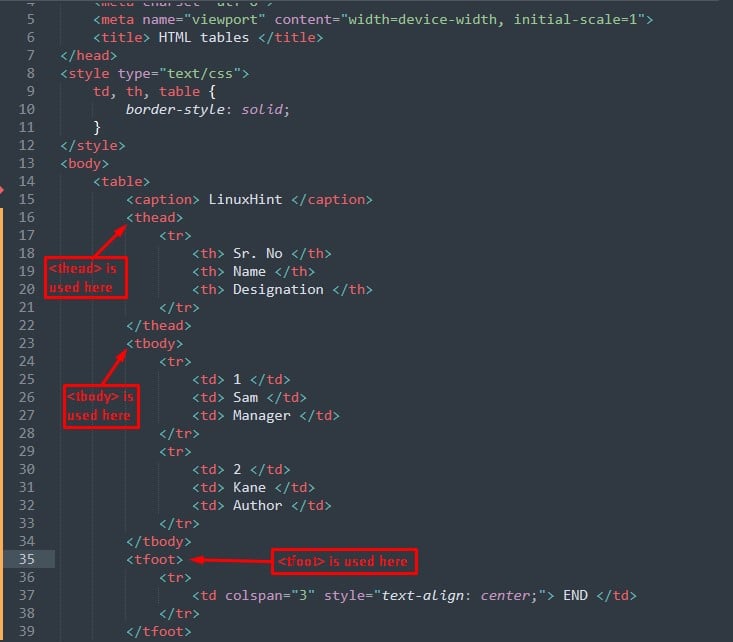 From the above-stated examples, you would have learned to create an HTML table.

HTML tables empower to organize the data in a presentable manner. To work with HTML tables, you have to learn the functionality of various HTML tags. We have compiled this guide to provide the basic information about HTML tables and provided the list of tags that assist in creating HTML tables.