These elements are components of the HTML document that tell the browser how to interpret the data from the HTML document. This article will deliver a comprehensive overview of HTML elements.

In the HTML document, all the content is written between the tags, let’s say start tag and end tag. These elements are also known as paired elements. Elements name are written within the <>brackets.

For example, the below given code utilize different elements and each element has a starting and ending tag:

To avoid unexpected outcomes always use the ending tag in every HTML document. However, it is possible that an HTML code executes successfully without the ending tag.

For example in the bellow snipped we utilize an unpaired element <hr>which will put a thematic (horizontal) break between the two paragraphs:

The output will verify that the <hr>element separated the two paragraphs with a horizontal line. 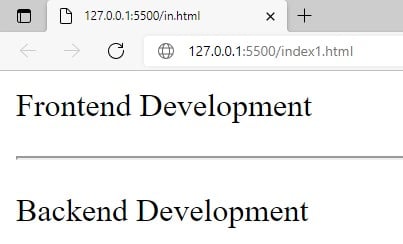 An element is said to be a nested element if it contains some other element within it.

We embedded the <b>element in the paragraph which will bold the specified content. The output of this example will be like this:

In HTML case sensitivity doesn’t matter which means there is no such standard to write the tags in uppercase or in lowercase. However, it’s recommended that always use lowercase letters for the tags.

The below given example created two paragraph tags. The first one with lower case and the second one with the upper case:

The following output will verify that case sensitivity doesn’t matter in HTML as both these elements executed successfully: 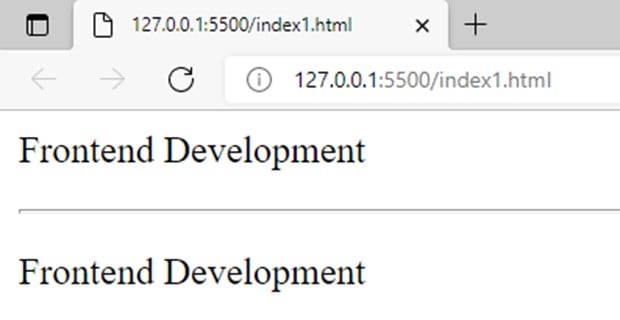 <style>set style of the document </style>

The HTML elements are the core of any HTML document. A web page can’t exist without these elements. In this article, we described the basic structure of HTML elements. Moreover, It provides information about paired, unpaired, empty, and nested elements. Lastly, a list of HTML elements is provided along with their functionalities.