Terminal is a Command Line Interface abbreviation of CLI used to exchange information with computer programs and utilizes a GUI (Graphical User Interface) environment to communicate with shell. Some commonly used Linux terminals are gnome-terminal, Konsole and xterm.

By sending simple text commands to our computer in the terminal, we can perform various tasks like copying files, creating and removing a directory or file etc. The Terminal provides a more systematic way to access a computer capability more than any GUI app could possibly do.

This write-up is focusing on how to open terminal using shortcut ways.

How to open terminal in Ubuntu using shortcut methods

If you want to open terminal in Ubuntu without any difficulty then follow the procedures mentioned below:

It is the easiest approach to open a terminal in Ubuntu. Press Ctrl+Alt+T on the keyboard, a terminal window will pop-up on your screen as demonstrated below: 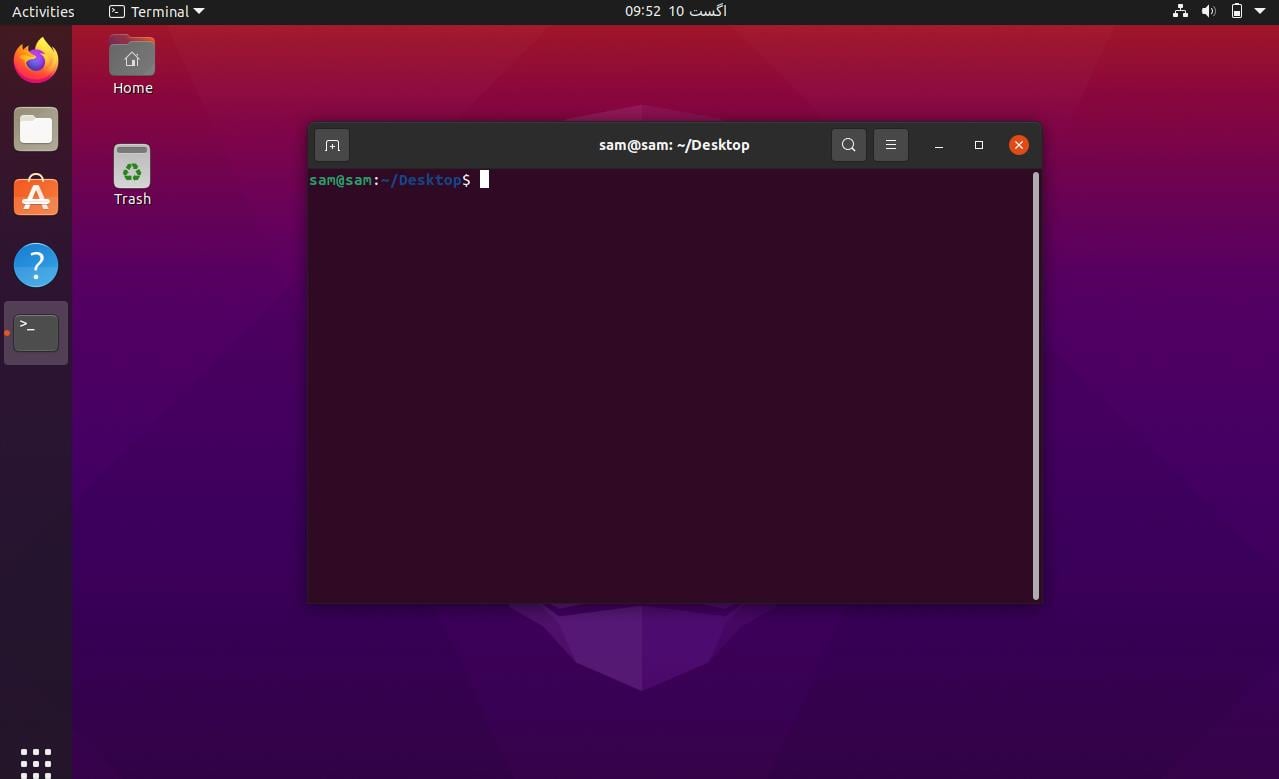 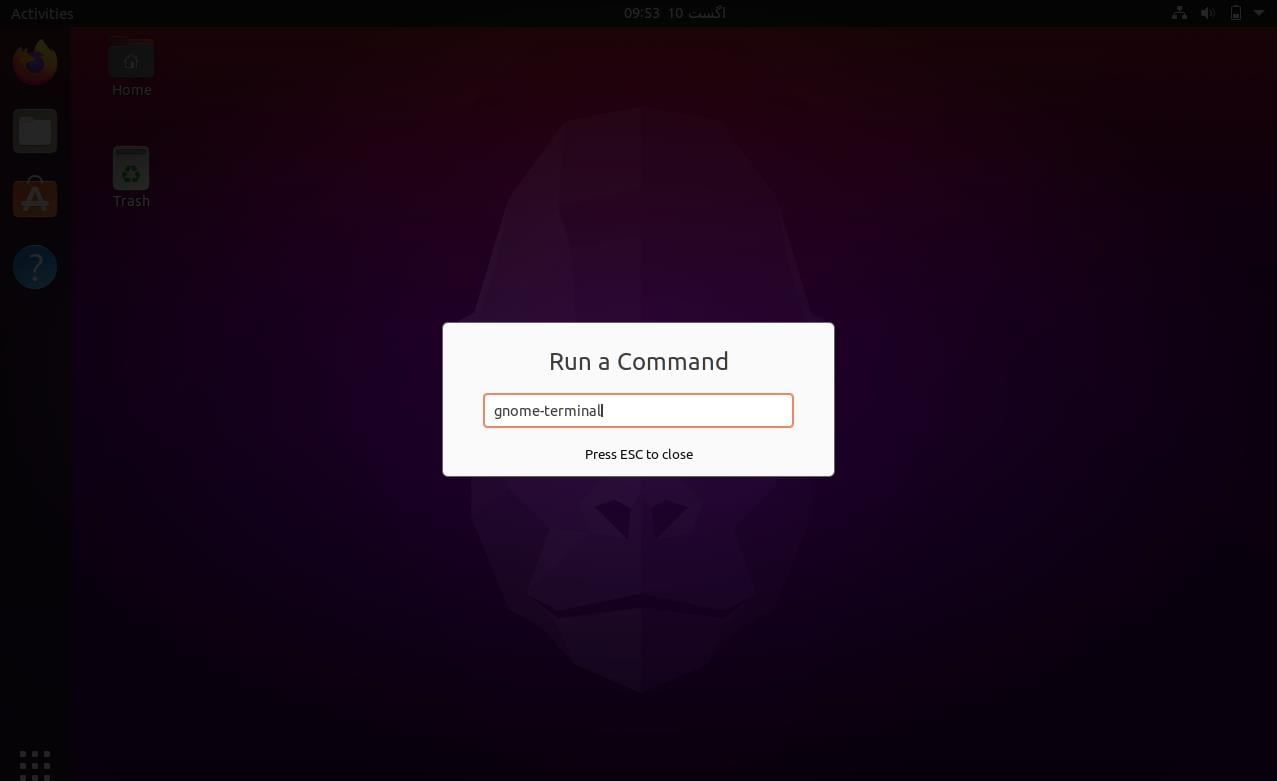 The above entered command will open the terminal window.

As Ctrl+Alt+T is default keyboard shortcut to launch terminal but in case you don’t remember or want to change it, follow the procedure mentioned below:

Step 1: Open the Settings panel and click on “Keyboard Shortcuts”: 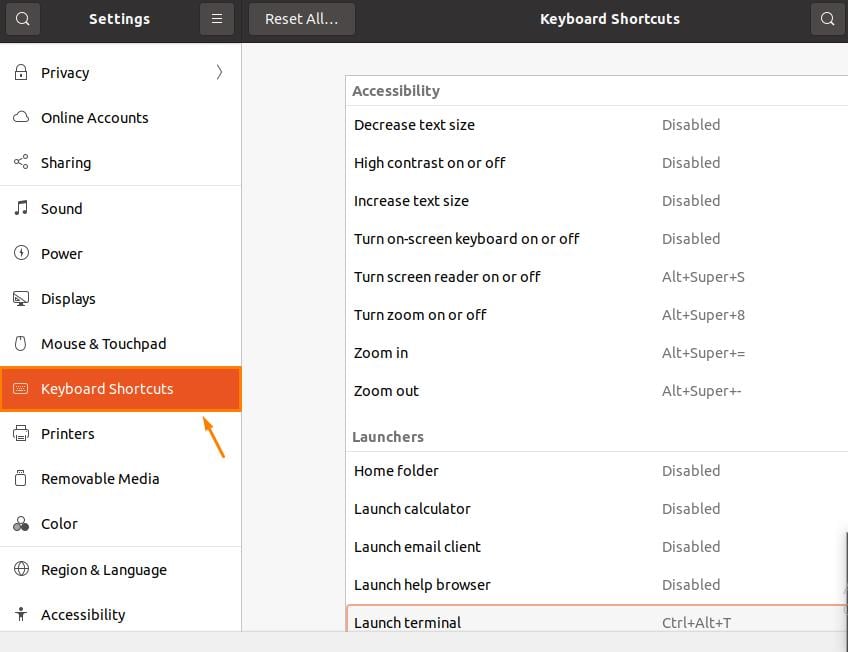 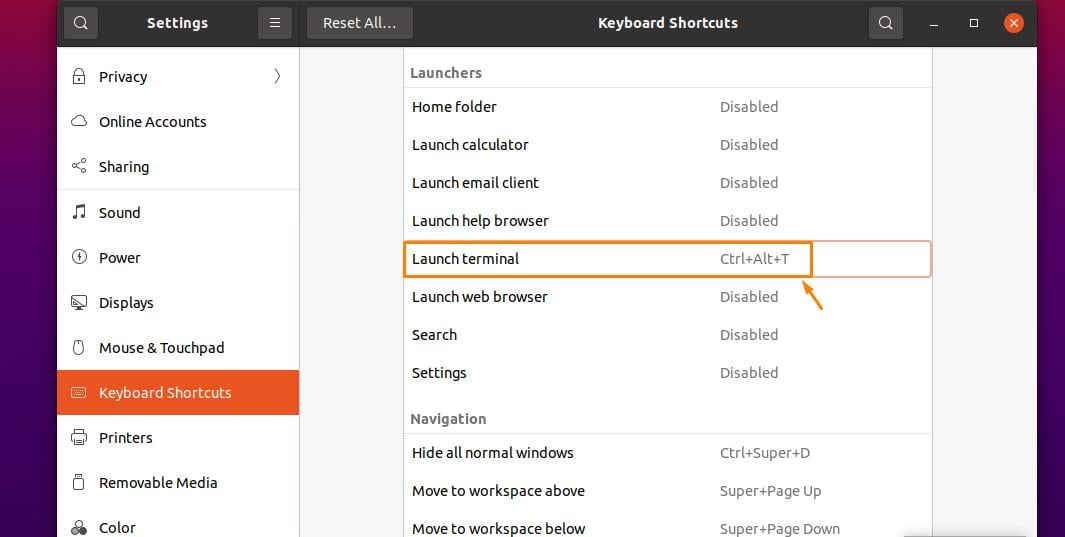 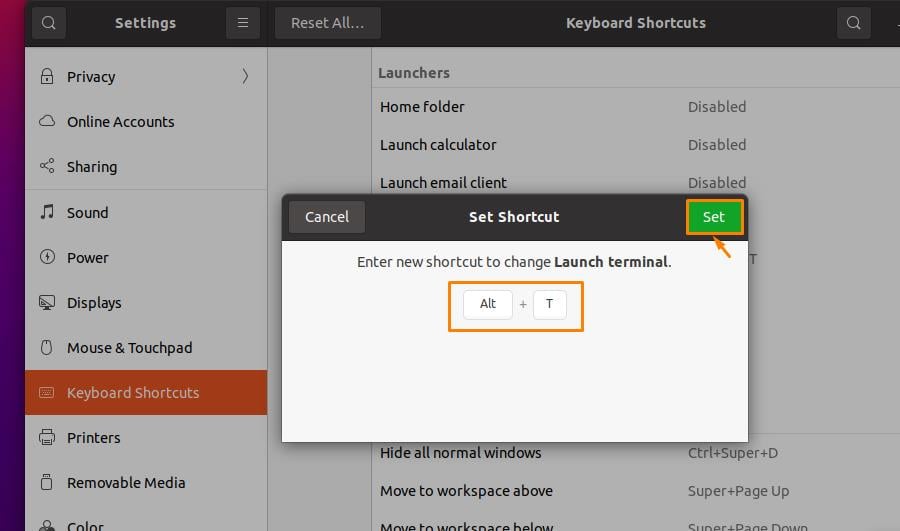 Now your new shortcut key will appear against the “Launch terminal” label under Launchers option in the keyboard and shortcuts panel: 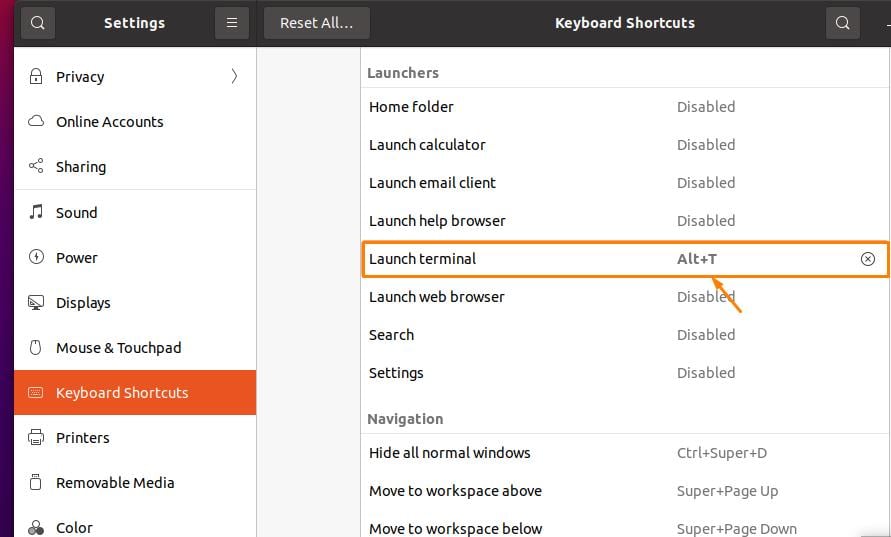 Terminal is a Command Line Interface (CLI) which helps the user to communicate with computers by sending text commands to the computer to perform different functions. In this article we discussed three shortcut ways to launch a terminal in Ubuntu. First is keyboard shortcut, second is through Run a Command dialogue window and third through creating a custom shortcut key.