Online gaming is quickly becoming one of the most common reasons why one might start looking to invest in a new, and oftentimes expensive, piece of hardware. Regardless of what you want to play, it is important to make the right choice about what to invest in, as this can be a choice that may have to suit your needs for years to come.

One option that not many people might consider at first is a gaming laptop, but it can prove to be a more beneficial idea than anything else.

The most obvious advantage here is that a gaming laptop will be a completely portable platform – meaning that your gaming experience is never too far away.

They also have the advantage of being fully customizable, much like a traditional gaming PC. 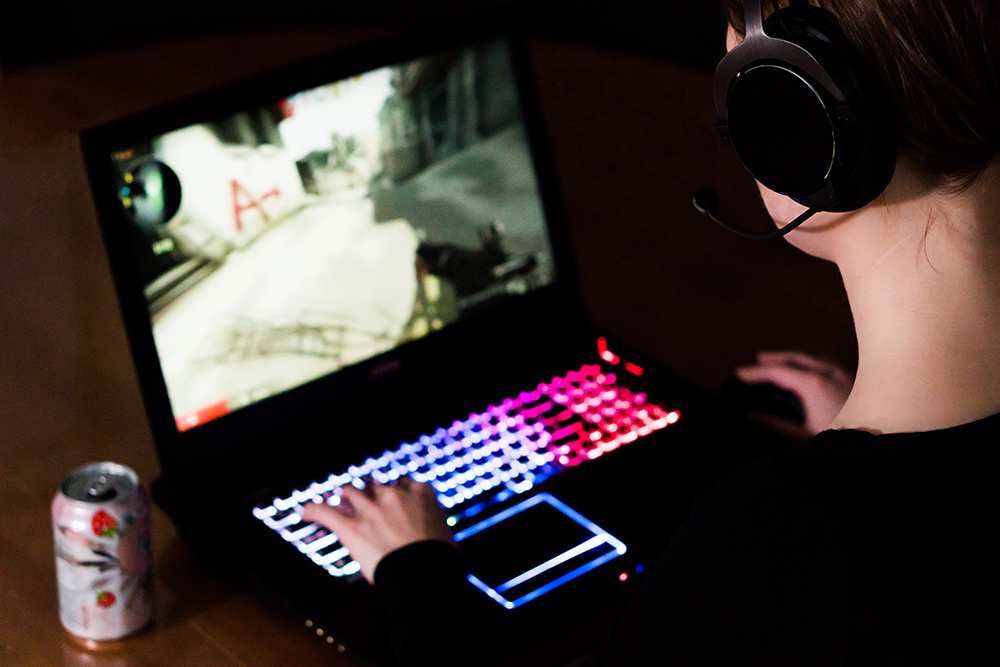 This means you can relax in the knowledge that you’ll be able to play the games you want to, on the specs you want to run them at.

While this level of autonomy and customization may sound daunting at first for beginners, we’re going to break down how to build a gaming laptop, and what to consider while doing it to ensure you get maximum enjoyment from your build.

Probably the most key aspect of building your gaming laptop is the display. This is fundamental to how you will interact with your gaming experience and can make all the difference when playing.

While size is important in this decision, the majority of laptop displays come in either 13, 15, or 17 inches as standard, although the size of the bezel around the screen can be of some impact.

Something that might be a bigger decision is the resolution of the display. The higher the resolution means a higher amount of pixels on the screen, which then produces a smoother image for better quality gaming.

Users are probably most familiar with 1080p resolution, which is common for most experiences online such as YouTube. Higher resolutions are available, with 1440p and 4K being improvements on the latter, but these can come at the expense of your bank balance.

A final aspect to consider is whether you should invest in an OLED (Organic Light-Emitting Diode) screen or not. The benefit here is that OLED screens produce their own light, rather than relying on a backlight, so they can achieve deeper blacks and more color contrast than other screens.

The CPU (Central Processing Unit) is the core of the laptop and is in essence, or the brain of the machine. It sends signals from one part of the laptop to another and processes the inputs from all the other parts of software running in the build.

The most common aspects of the CPU to take into account are the clock speeds, and core counts. The CPU is key to your build and can have impacts on frame rates, response time, and even battery life.

The clock speed (measured in GHz) indicates how many cycles your CPU executes every second, meaning a higher clock speed results in a faster CPU.

The core count indicates how many cores the CPU has. Using multiple cores allows a CPU to multitask, with different cores running parallel to each other to get more done within a shorter space of time.

CPUs with Intel Hyper-Threading Technology can even run multiple tasks over a single-core, making them even more efficient when running tasks.

The GPU (Graphics Processing Unit) creates the images that form when you’re gaming. Like the CPU, a high-performing GPU is key to ensuring smooth frames and high-resolution gameplay.

It is important to make sure that your GPU and CPU are consistent in their optimum performance so that you can make the best use of both products.

It is also important to make sure your GPU specifications are compatible with your chosen display, to get the full benefits of your higher frame and refresh rates.

When looking at gaming laptops, solid-state drives (SSDs) often outperform the older hard disk drives (HDDs). SSDs use a form of flash memory (NAND) to electronically read and write data without the need for any mechanical moving parts, as is the case with HDDs.

A key advantage of using SSDs is a high random speed to read and write, which allows them to quickly access data from different places in the drive. This can help to reduce load times and increase system startup times, which can help with gaming on the move.

They also have typically longer lifespans than HDDs, due to the lack of mechanical parts, which can save you money in the long run.

It might also prove beneficial to look into external storage drives, which can be an affordable option if you don’t want to invest a lot of money into a larger built-in storage system.

This can also help with the portability of your laptop, making it more lightweight for when you’re on the move.

Random Access Memory (RAM) is the memory that stores temporary data for quick access and retrieval by your CPU. This is key for gaming, and so it is important to get a proportional amount of RAM, to work for the games you want to play.

8GB of RAM should typically be enough for most mid-range games on the market today, but this can affect the frame rate at which your laptop can play them.

16GB of RAM should be enough to run newer and more resource-intensive games, while also having them perform at higher frame rates and with apps like Discord or Spotify playing in the background.

Many games made for PC will suggest how much RAM they need to be played before you buy them, so it would be highly beneficial to do some research into this before you buy your laptop.

When looking to build a gaming laptop, if you decide that a gaming laptop is right for you, it is important to first decide how you’re going to use it, and how resource-intensive you think it will be.

As previously stated, the majority of modern games will detail how much dedicated RAM you might need, and what graphics quality and frame rate will be optimum for your gaming experience.

If you decide to use the laptop you’ve built for more than just casual play, you should consider that more powerful CPUs will allow higher clock speeds, which in turn allow for you to stream or record your gameplay.

You could also consider having a CPU with more cores, to allow multiple programs and software to run alongside each other.

It will also be important to ensure that your laptop has a proper cooling system, to make sure that the laptop does not overheat, as this can affect the performance and lifespan of the build.

Cooling systems can vary from fans, vents, heatsinks, or cooling pipes, so it is crucial that you research which will be best suited for you.

The final thing that should be taken into account when considering your build’s functionality is how many input ports you will need.

These can vary with designs but should factor into your research, as this can affect if you can use additional accessories like a gaming mouse, headphones, and external sound systems.