Discord is a freely available online communication forum where people share videos, voice chat, text messages, live streaming, and play games with friends, family, and gaming communities. The number of Discord users increased quickly in the last few years, and it has become the most utilized interaction platform worldwide.

This write-up will briefly illustrate Discord worth, its specifications, and key statistics. Let’s begin!

How much is Discord Worth?

Discord was released in 2015. In the beginning, it struggled to gain revenue; however, after a few years, it became a highly demanding communication forum among people all over the globe and generated revenue. In 2021, Discord was worth $15 billion, and its value is expected to double within a year.

Now, check out the other details in the section given below.

The following table comprise the brief history of Discord:

The key statistics of Discord are listed below:

At the start, Discord struggled to gain revenue in 2016, which was $5 million. In 2017, Discord Nitro was deployed by the company to get numerous benefits which increased its revenue to $10 million, which became $30 million in 2018. Due to its advanced features, Discord was highly recommended by people back in 2019, which resulted in $45 million annual revenue. The 188% revenue increase in 2020 pushed its revenue to $130 million, expected to exceed $200 million in 2021.

Check out the below Discord annual revenue comparison table and graph: 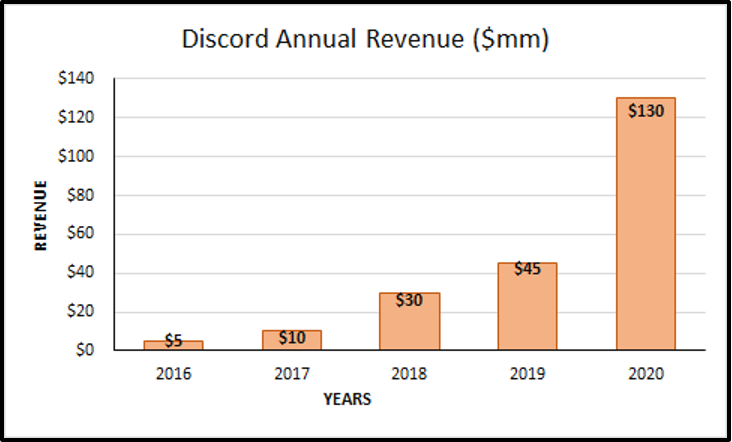 How Many Users Does Discord have?

At this moment, more than 300 million users are registered on Discord, and over 19 million servers are active with 150 million monthly users. 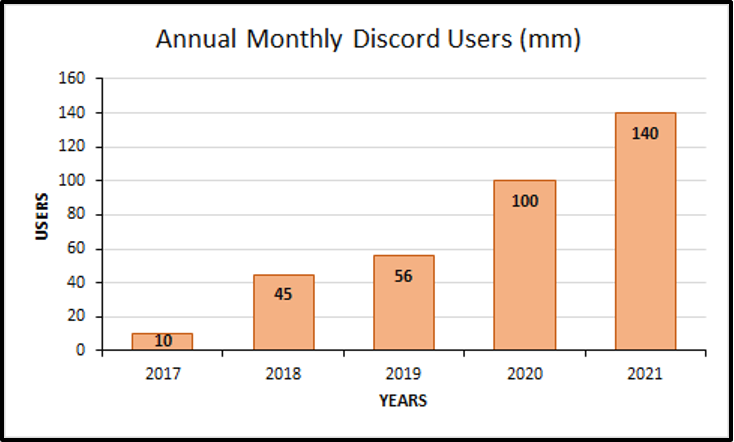 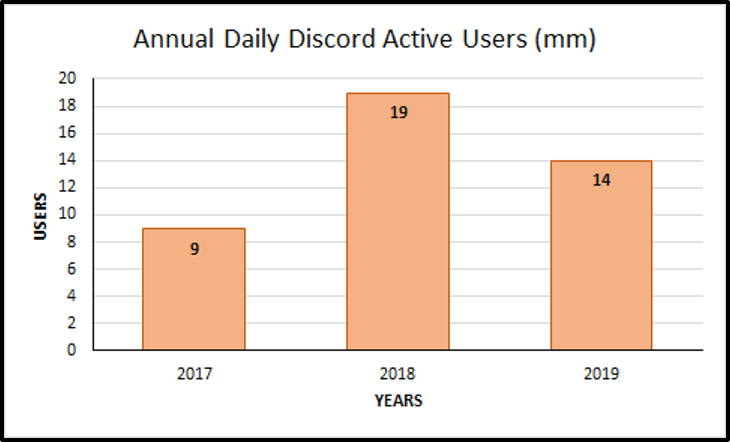 Annual Registered Users on Discord (2016 to 2020)
Comparison of Discord annual registered users are listed below: 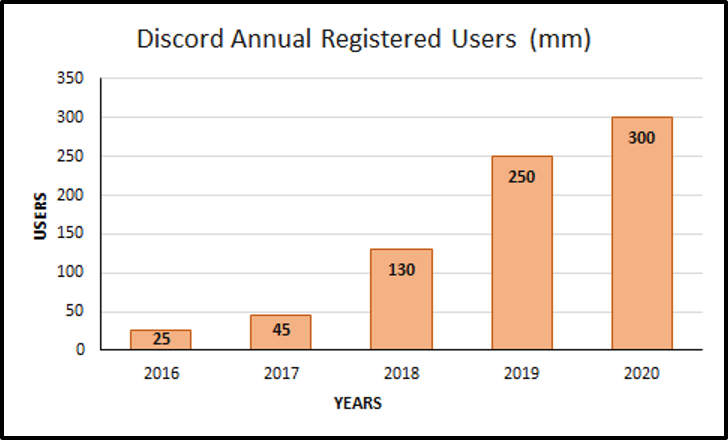 How Many Active Servers Does Discord Have? 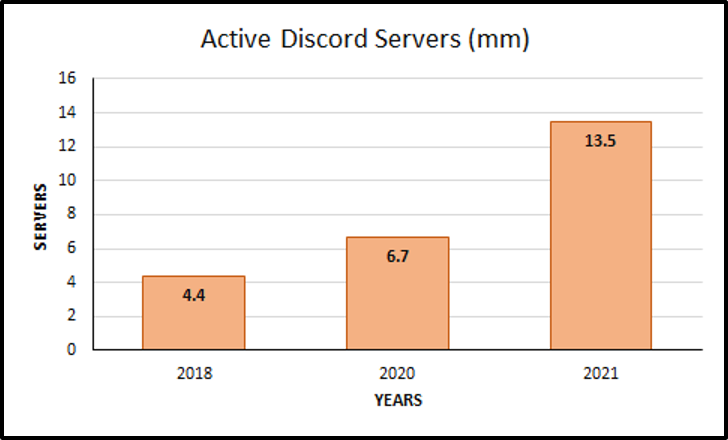 At the end of 2021, Discord was valued at $15 billion, which got doubled as compared to the previous year’s valuation.

Discord Annual Valuation (2017 to 2021)
Discord’s annual valuation is listed below: 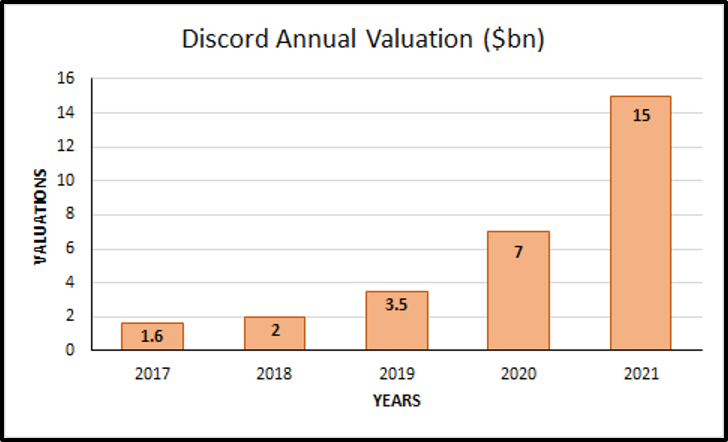 Discord has received $1 billion in total funding from the beginning to till now and received $500 million in September 2021 from its Series H. 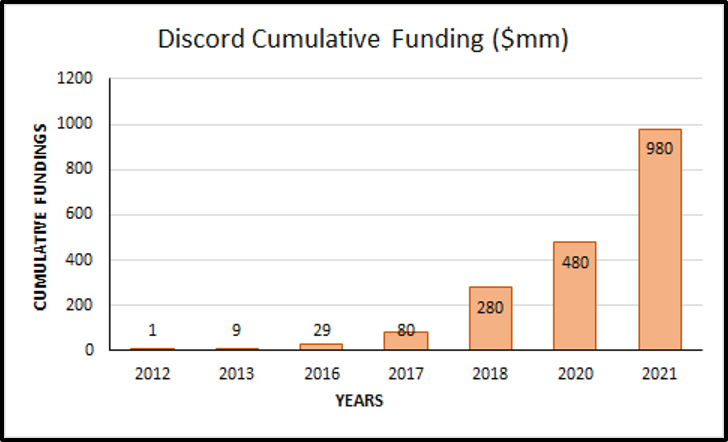 That’s all! We have offered the information related to Discord’s worth, its specifications, and key statistics.

In 2021, Discord was valued at $15 billion, and its value doubled in a year. It has over 300 million registered users, 150 million monthly active users, and 14 million daily active users. In 2021, Discord’s revenue increased to $20 million. It has also received funding from its Series H worth $500 million in September 2021 and 995 million in 2022. In this write-up, we have discussed the Discord worth, its specifications, and key statistics.