Laptops power usage mainly depends on its specifications and on the type of usage like doing normal tasks, playing games or running some heavy applications. Average power usage of a laptop is 50 watts but it can go upto 300 watts depending on the usage and specification of the laptop.

Moreover, there are some tools that can be used to measure the wattage of a laptop and along with that one must know which components of laptops use a major chunk of its power. So, this guide gives the details of the components that use a major portion of energy as well as also suggests a tool along with its method of usage to measure the wattage required by the laptop.

How many watts does a laptop use? 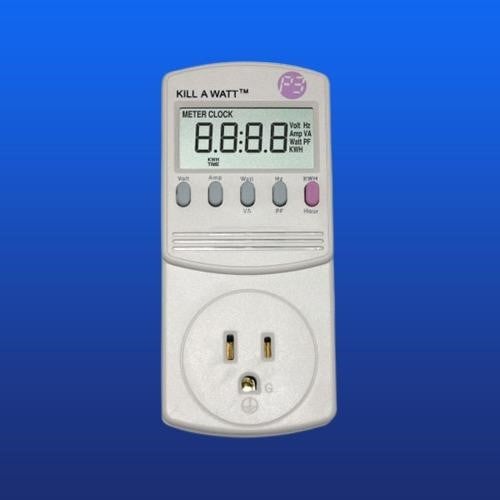 Below is the stepwise procedure to measure the wattage for your laptop using “Kill A Watt” tool:

Step 1: First connect the “Kill A Watt” to any supply socket and then plug your laptop charger in the socket of the tool.

Step 2: Turn on the supply and click on the button labeled with watt on the tool and it will show the watts that the laptop charger is using to feed the laptop. The reading will also include the power used by the battery.

Note: Don’t use this tool to monitor power usage for longer periods of time as it can get short due to melt down of its circuit board.

Next if you need to know that how much watts a laptop uses when the charger is not plugged in then look for the power rating of the following components:

The main part of a computer is its CPU as it is responsible for performing all the tasks on the laptop and for that purpose it requires a lot of energy. Moreover, the peripherals connected with it like display, keyboard, trackpad also consume specific power to function properly. So, normally the power consumption range of processors varies based on their specifications, roughly the power range for low end processors to high end processors is about 40 watts to 105 watts.

Using different peripherals like external keyboard, mouse, webcam use laptop as their power source, though they need a little amount of power, but it does affect the wattage required by laptop to charge. On average an external keyboard uses 2.5 watts of power and an external mouse 0.5 watts.

Last but not the least fans serve the purpose of cooling the laptop so that it can function properly, since fans only run when the temperature of the laptop rises so they also don’t consume that much power. The average fan power consumption is about 2 to 3 watts which might increase while it is blowing fast.

The energy consumption of a laptop mainly depends on the power required by each component and from their power consumption, the watts required by laptop can be found. Moreover, there are some of the main components that make most use of the power of a laptop. So, this guide explains two ways to get to know how many watts a laptop uses: through a power measuring device and through estimating power consumption of each component.