MinIO is the multi-cloud object storage to store the data and provide all the features which you can avail of by using the S3 cloud provided by the Amazon web services. So Minio can be a potential alternative to Amazon S3.

Minio provides bucket-level granularity and high-level encryption with the optimization of storage operations, protecting the data from the deletion, and if accidentally it is deleted, then it can be recovered from other servers of Minio. Moreover, the scalability of MinIO is done with the horizontal scalability known as the Server Pool.

In this guide, the installation of the minIO server and client has been explained on Ubuntu.

How to install the Minio server on Ubuntu 22.04

To install the Minio server, we will download the Debian package of the MinIO server from its website using the wget command:

Confirm the downloaded package by displaying the contents of a directory:

Then use the dpkg package manager to install the deb package of the Minio server:

To check the version of the Minio:

Now we will make the Minio executable by changing its access permissions:

To launch the Minio server, execute the below-mentioned command in terminal and copy the link you found in the output:

Paste the copied URL in the web browser and enter the credentials mentioned above and click on the Login button: 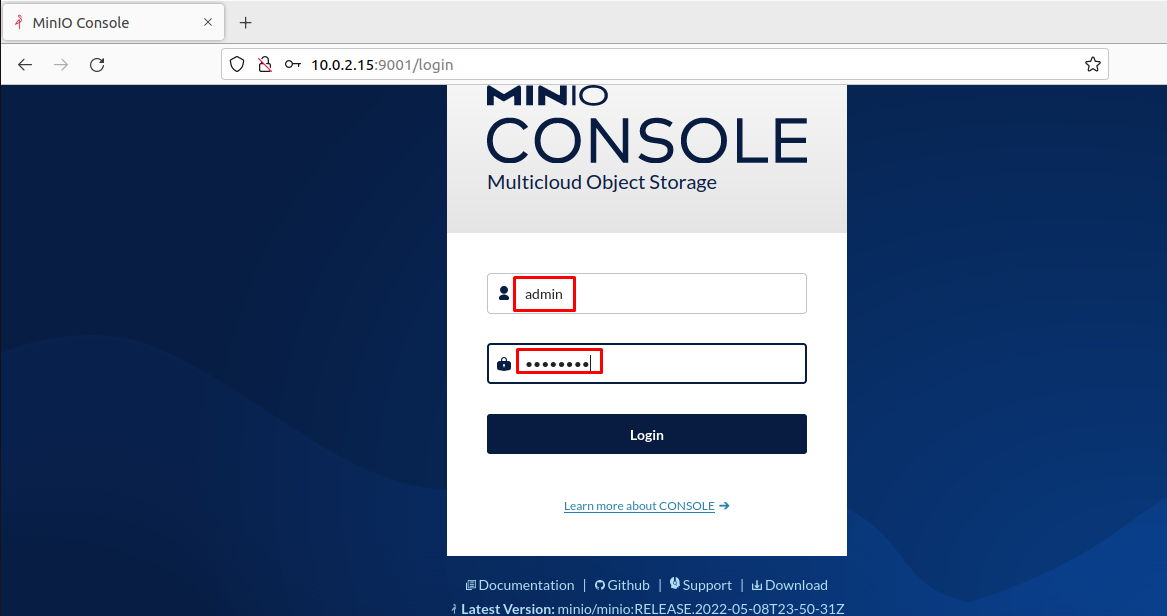 A home screen of the Minio console will be displayed:

How to install the Minio client on Ubuntu 22.04

To install the Minio client, likewise the server, we will first download the package of the MinIO client from its website using the wget command:

Then we will make the downloaded file executable by using the chmod command:

Now move the Minio client to the /usr/local/bin using the command:

Check the installed version of the Minio client using the command:

MinIO is the recommended cloud to store the unstructured data like large size video files, images, and documents to the size of upto 5TB and a perfect alternative to Amazon S3. In this guide, MinIO server and MinIO client on Ubuntu by downloading its packages from its website.