“Users can alter the desktop environment’s functionality and appearance with the GNOME Tweak Tool. The “Tweak” tool has been given a new name for this app. The Tweak Tool can be used on Linux-based systems to change fonts, workspace settings, the top bar, the fast launch bar, clicking actions for the title bar, and much more. The installation of the Tweak tool on Ubuntu 22.04 will be completely covered in this article.”

Installation of Tweak Tool on Ubuntu

To install Tweak Tool on Ubuntu, you must adhere to the detailed instructions provided below.

You can press “CTRL+ALT+T” to launch the terminal on your Ubuntu computer. After opening the terminal, updating your system is strongly advised before adding any new tools. By doing this, you not only make sure that your new packages are installed without issue but also that your system is prepared to handle the most recent updates. You must run the command provided below to update the system repositories and press the Enter key to accomplish that:

The Tweak tool may be installed on Ubuntu in the next step by using the following command:

The installation of the Tweak tool will take some time to complete; therefore, you’ll need to wait:

The output is error-free, which means we were successful in setting up the Tweak tool on our Ubuntu system.

The Tweak tool is ready for usage if you attentively follow the procedures above. Run “gnome-tweaks” in the terminal to bring it up:

In addition, you can look for the “tweaks” tool under “Activities” and access it there:

The GUI for the Tweak tool will look like this: 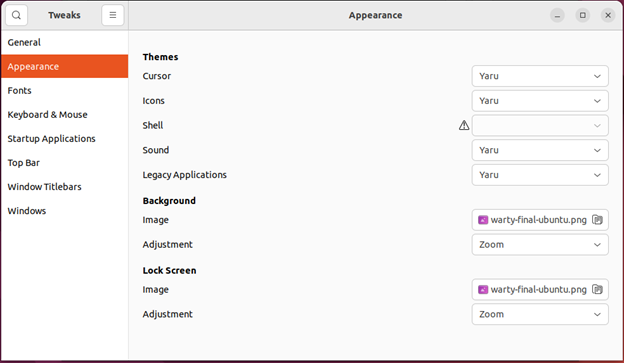 This step can also be considered an optional step. The Tweak tool also has the ability to add new extensions, which can be used to improve the system even further. To see if the gnome-shell-extensions are available, type the command below: 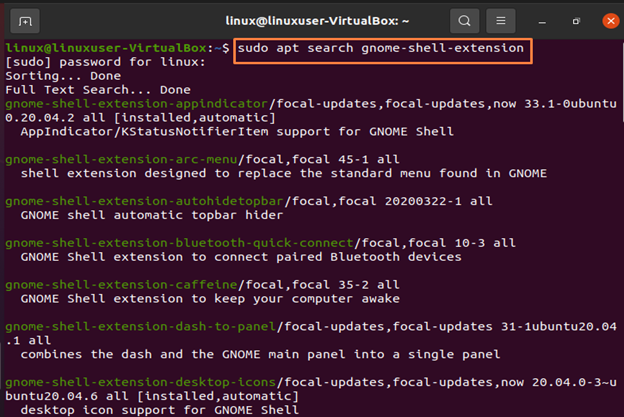 When this command has finished running, your terminal will display a list of all the Gnome Tweak Tool extensions that are currently available.

You can install a single tweak extension or all accessible extensions at once, depending on your needs. For instance, issue the following command in order to install the “gnome-shell-extension-gsconnect” extension: 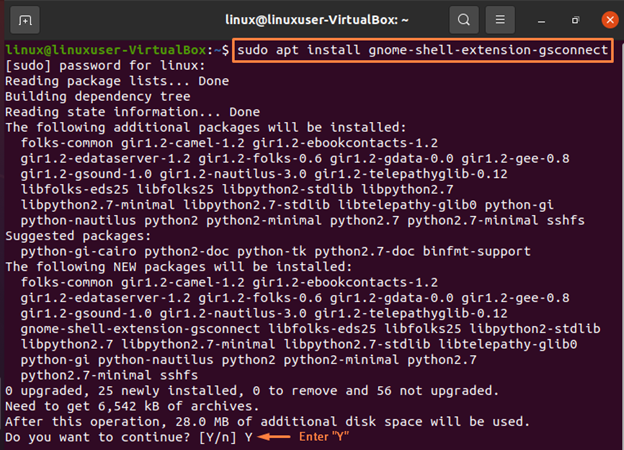 In order to install each extension for Ubuntu’s Tweak tool, simply issue the command below:

This command will take some time to complete since it needs to enable all of the Gnome Tweak Tool’s available extensions. If there are no errors, then we have successfully installed every Tweak tool extension.

How to Remove Tweak Tool From Ubuntu

To uninstall the Tweak tool on Ubuntu, just issue the command shown below: 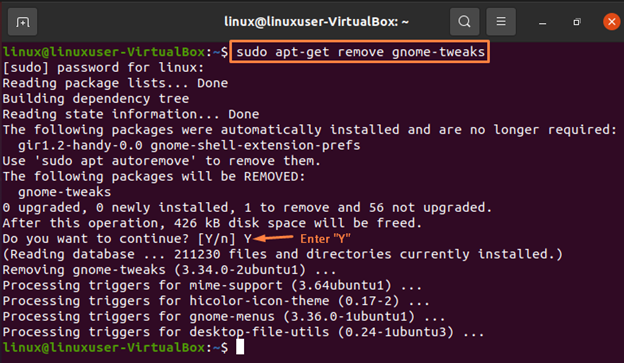