Privacy is an essential part of someone’s life, whether social media or the workplace. It helps protect the personal and professional data that we don’t want to share with everybody. Sometimes, people work on sensitive data that couldn’t be shared inside or outside the firm.

Similarly, when multiple users are connected with the system, they may need some private access to the specific resources. If we talk about files or folders/directories permission, it means you allow them to read, write, or modify the files or directories. It is essential to revert the ownership of files/folders from the users who are not part of your current account but can own them.

It is assumed as challenging for a Linux user to access permission to a file or folder because they are a bit aware of it. Setting the permission to the specific folder is quite simple and can be done via command-line or GUI (we will later discuss how we can do it).

There are two levels in the Linux system for authorization that you must need to understand:

Let’s explain both of them to understand what categories they are further divided into:

If we talk about ownership of files or folders in the Linux operating system, they are split into 3 types:

The user-created the folder, and that’s why sometimes we claimed it as an owner. It is represented as “u” in the command line when giving access through commands.

A group contains several Linux users connected to a system having the same permission access. It is helpful when many users use the system and give them folder permission to access it. You can make a group to add all of them instead of allowing them individually. In this case, people other than the group couldn’t be able to access the folder. The representative form of group members in the Linux command-line is “g.”

The other category includes public users that are not part of group members or ownership. If you are permitting the others, we can say you are allowing everybody in the world to access the files/folders. Sometimes, it could be dangerous, so think twice before doing it. The public users are represented by “o”:

There are 3 types of permission you can give to the owners we have mentioned below:

In the read (r) mode, a user can open a file/folder and read it, whereas the write (w) mode allows making changes in the file/folder. You have the authority to add content, remove or rename it.

Without executing (x) permission, you can only read and write to the file, but you can’t run it. To make the file executable, set the execute permission.

How to give the user permission to a folder in Linux:

You can give permission access to the user using a couple of approaches, via terminal and GUI.

Before directly jumping into it, note the specific commands to change permission and ownership.

How to give the user permission to a folder via command-line:

You can set permissions like read, write, or execute the folder through the “chmod” command in a terminal.

You can use the “chmod” command to modify permission settings in two different ways:

Let’s demonstrate both of them:

Give user access to a folder through absolute mode:

To understand how we can give permission access to a folder through absolute mode, we need to understand the given table in which numbers are mentioned for all the permission types.

Let’s run an example to check how it is working:

To display the current permission settings of the folder “Testing_folder,” run the following command:

(760 🡪 owners can read, write or execute the file, the group can read and write, and there is no access for the public users)

Run the “ls” command to check the modification: 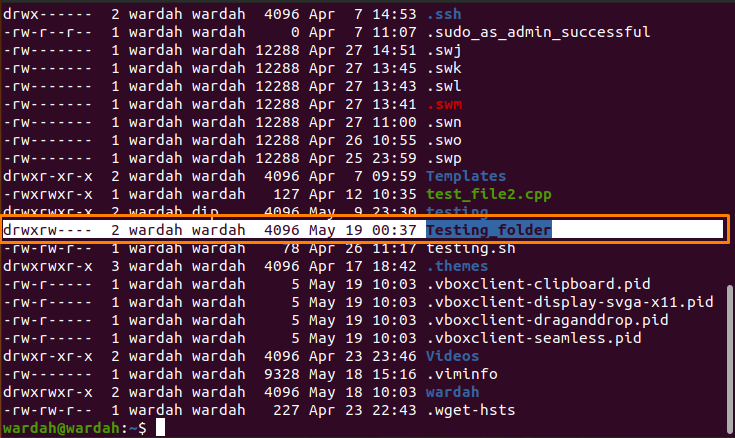 Give user access to a folder through symbolic mode:

Three operators are used in symbolic mode to set permission:

As we have mentioned in the introductory part that how to represents owners. So, let’s start with an example:

To set permission to the user (owner), the command would be:

Now, execute the “ls” command to get the output: 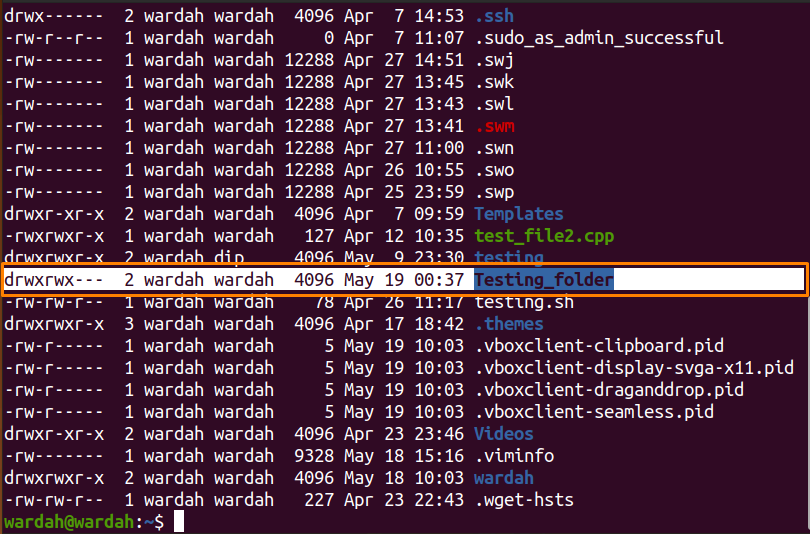 To remove read permission from the user, run the command:

Now, execute the “ls” command to get results: 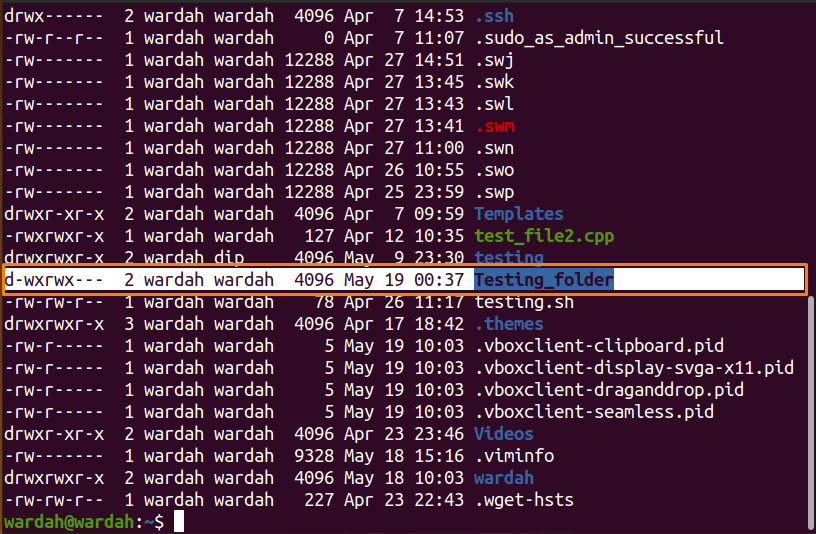 How to give a user permission to a folder via GUI:

Changing the file permission using the GUI is the simplest approach. Follow the listed steps:

Open the home directory, and navigate towards the targeted folder.

For example, to change the permission access to a folder “testing,” firstly, select it: 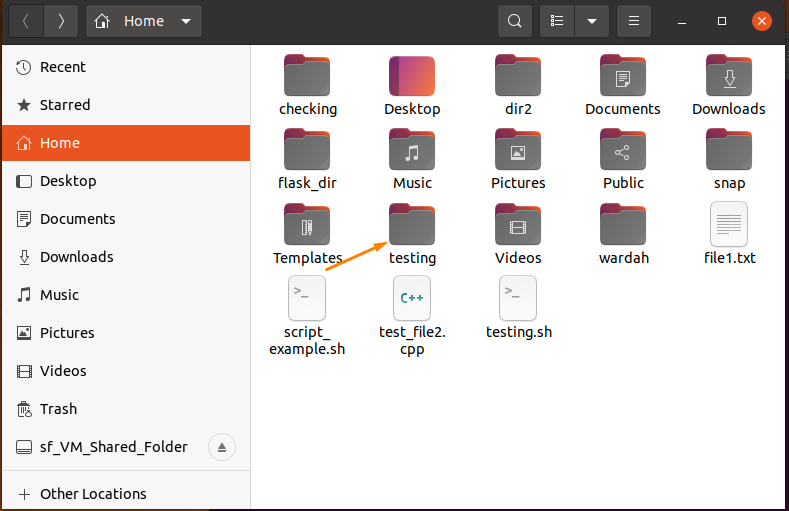 Right-click on the “testing” folder and select “Properties”: 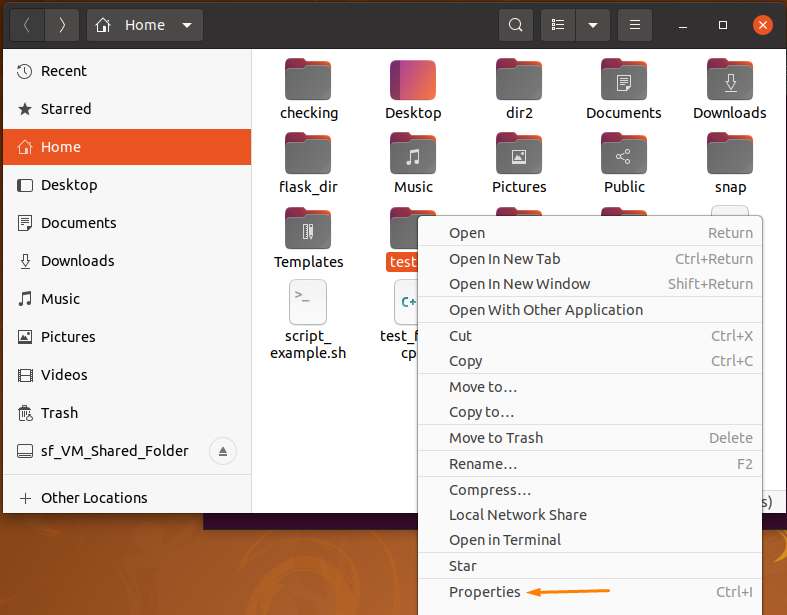 The “Properties” window will appear with 3 tabs: 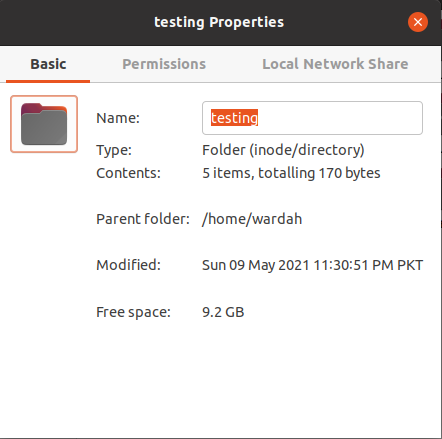 Navigate to the “Permissions” tab and select it: 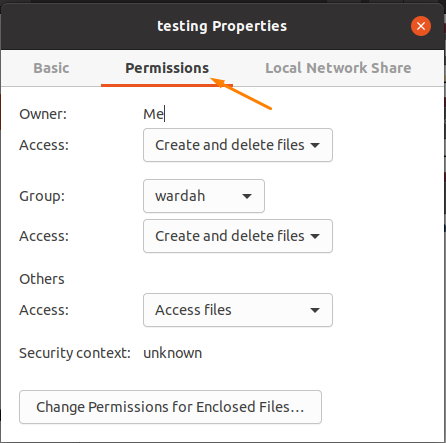 From this tab, you can make changes according to the requirement.

Click on the “Change Permission for Enclosed Files,” and you will get a window that allows the user to modify the permission mode, i-e read and write mode for the owners: 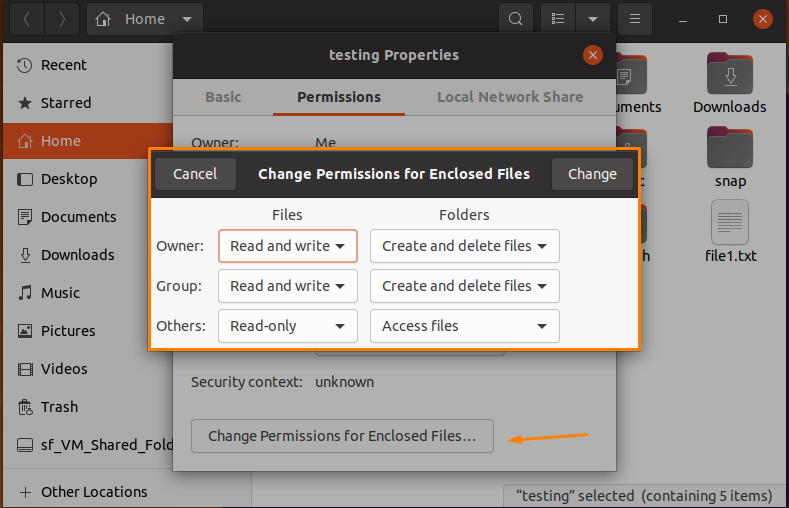 Suppose the current permissions status of the “testing” folder is given below:

Let’s open the “change permissions” window and modify the entries as: 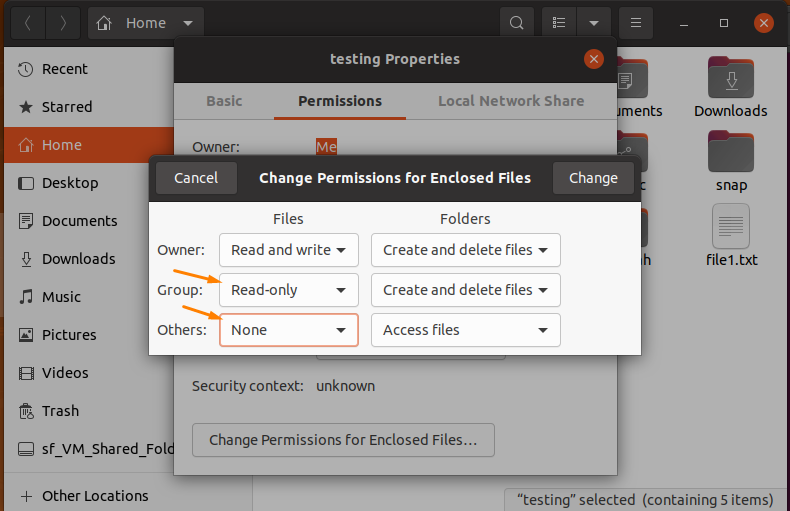 Now, confirm using the “ls” command again in the terminal if changes have been made successfully.

Set permission access to the files or folders is compulsory nowadays for security reasons because someone who is no longer a part of your system may also have folder access. To get control the security issues and keep the files safe, you can set permissions.

There are three categories of ownership i-e user, group, and others. And also, we have 3 types for permission settings such as read, write and execute.

You can give a user permission to the folder in two ways; via command-line and GUI. The GUI approach is better, in my opinion, as it is a pretty straightforward and simple way to set permissions.