If you have a small number of team members working on some projects, then you can setup a Git server via SSH on your office and work on projects as a team very easily. You don’t have to use GitHub or any other services in that case. SSH based Git server is really easy to setup and use. In this article, I am going to show you how to configure a Git server with SSH on Ubuntu and how to use it. So, let’s get started.

In this section, I am going to show you how to configure an Ubuntu server as a SSH accessible Git server.
First, update the APT package repository cache with the following command:

Now, install OpenSSH server and Git with the following command:

OpenSSH server and Git should be installed.

Now, create a new user git with the following command:

All the Git repositories will be saved in the home directory of the git user /home/git.

Now, login as the git user with the following command:

Now, create a new directory .ssh with the following command:

Now, allow only git user to have read, write, exec permissions on the directory .ssh/ as follows:

As you can see, the git user only has read (r), write (w), execute (x) permissions on the .ssh/ directory.

Only allow read and write to the file from the git user as follows:

As you can see, only the git user has read (r) and write (w) permissions to the file .ssh/authorized_keys.

In the .ssh/authorized_keys file, you have to add the public key of the users whom you want to access the Git repositories on the Git server.

The client can generate a public-private key pair as follows: 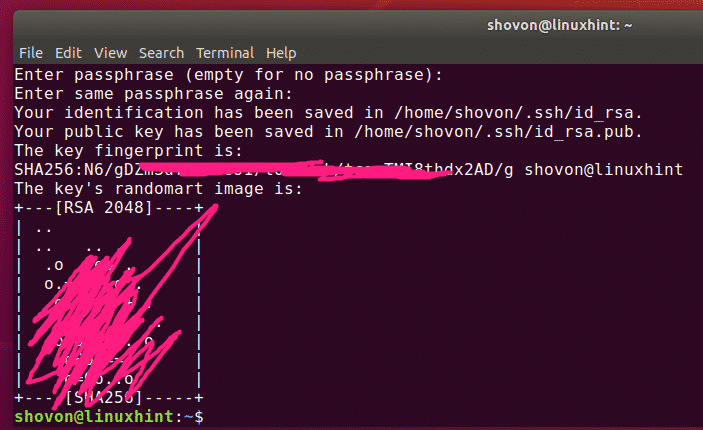 Now, the client can find his/her public key as follows:

Now, the Git server manager can add the public key of the client as follows:

Now, the .ssh/authorized_keys file should have the public key of the client.

Creating Git Repositories on the Server:

Now, the client only needs to know the IP address of the Git server in order to access the testrepo Git repository.

The Git server manager can find this information as follows:

Cloning Git Repository from the Server:

Once the client knows the IP address and the Git repository name, he/she can clone it to his/her computer as follows:

Now, type in yes and press <Enter>. You will need to do this once, only the first time.

The testrepo Git repository should be cloned from the server.

A new directory testrepo should be created.

Now, the client can add commits to the testrepo/ repository and push the changes to the Git server.

All he has to do is generate a SSH key pair and send the public key to the Git server manager. 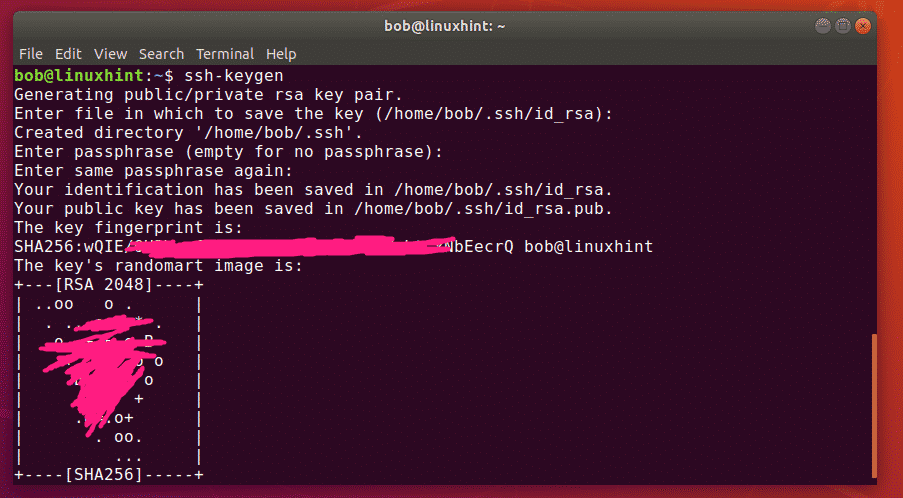 Now, bob can clone the testrepo Git repository from the server as follows:

A new directory testrepo should be created in bob’s computer.

Now, bob can navigate to the Git repository as follows:

He should find some existing commits.

Now, bob can do his own work and commit it. Then, push the changes to the server.

Now, other people working on the same repository can pull the changes as follows:

He/she should find the commits that bob made.

So, this is how you configure a Git Server with SSH on Ubuntu and use it. Thanks for reading this article.