When Git users try to collaborate with other developers to share their updated project modules, the “error: failed to push some refs to remote” error might encounter when they attempt to push their local changes to the GitHub hosting service while the Git local repository has not updated with the changes made in the remote repository.

So, let’s start and go through them one by one!

When does “Git error: failed to push some refs to remote” Error Occur?

The stated error often occurs when users want to push the locally added changes to the GitHub hosting service. We will first show the above-discussed error and then fix it for better understanding.

Let’s move to the next step and check out the procedure!

First, execute the “cd” command and navigate to the Git local repository:

Create a new file by utilizing the “touch” command:

Next, run the “git remote add” command to add the new remote URL with the remote name to the remote list:

Push the desired local branch into the remote branch using the “git push origin” command with the local branch name:

As a result, you will get the below-listed error: 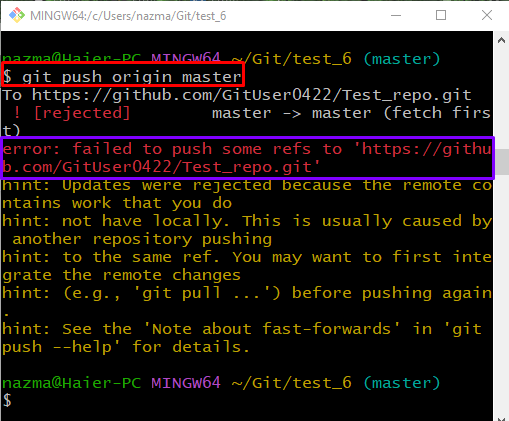 Let’s move to the next section to check out the solution to the above-stated error.

How to Fix “Git error: failed to push some refs to remote”?

Follow the below-given instructions to fix the previously listed error.

Run the “git pull” command with the “–rebase” option, remote name, and the local branch name: 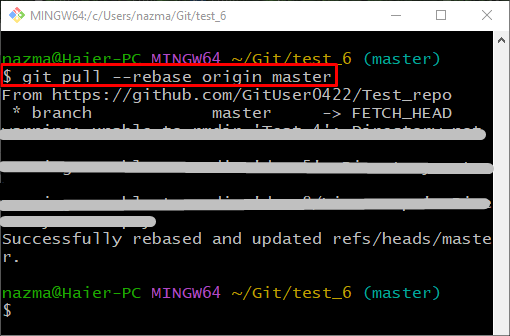 It can be seen that after rebasing, the encountered error is fixed: 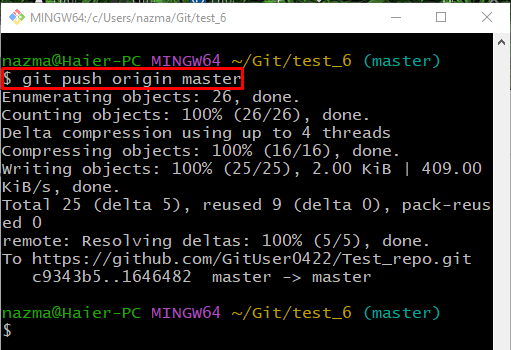 That’s it! We have efficiently provided the solution for the Git error that often occurs as a result of performing the push operation.

When developers push the local branch into the remote branch, they often encounter a Git error. The “$ git push –rebase origin <branch-name>” command can resolve this error. This post illustrated when the discussed Git error occurs and how to fix it.