If you have ever heard about the version control system, then you may have heard about the Git version control system as well. The GitHub repository of Git helps us maintain the record of our data versions updated at the local system, and reflect the changes at the remote Git hub. While using Git on a local computer or Linux system, it is always launched in a Bash shell, and its behavior is based on a set of shell environment variables. It’s sometimes useful to know what these are and how to operate them to make Git perform the way you would like it to. The ‘printenv’ statement displays all or some of the shell environment variables on Unix/Linux-like operating systems. Within this guide, we will see how we can set environment variables for Git in the Bash shell of the Kali Linux operating system. Let’s start. 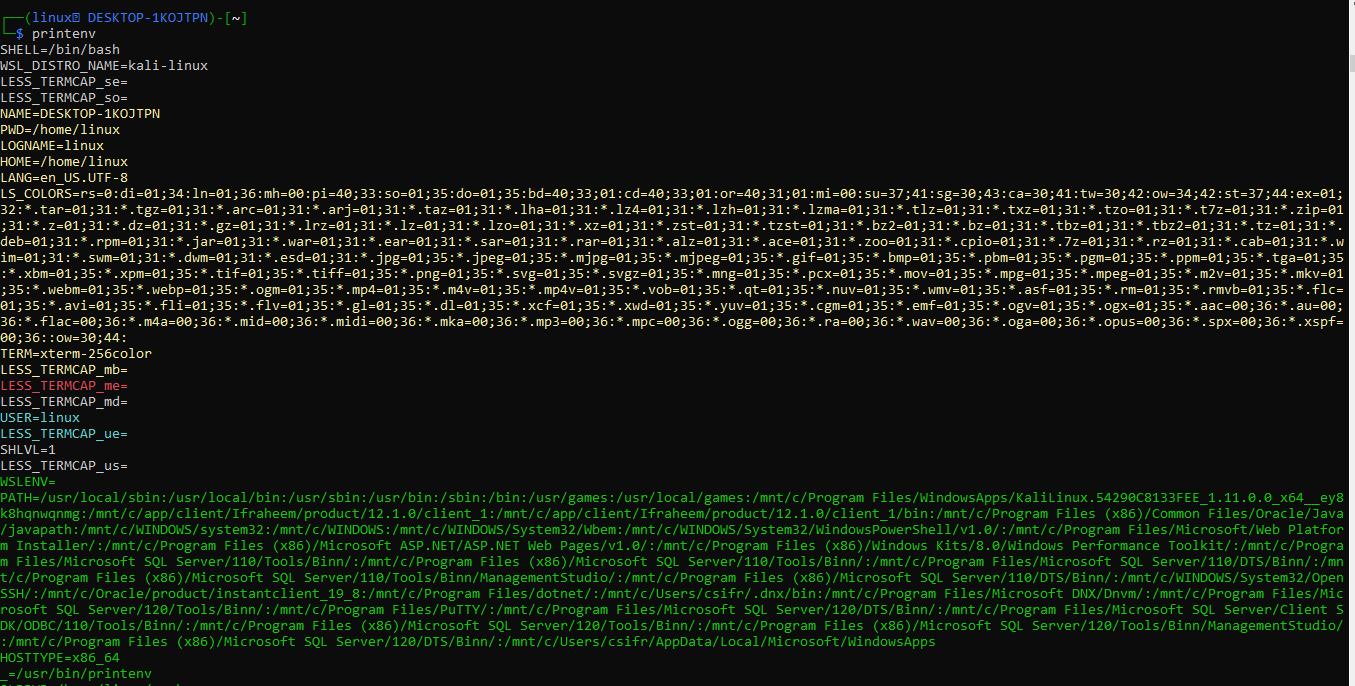 Another technique to show the value of the HOME environment variable is to use an echo with the $ (dollar) symbol in front of it. On the screen underneath, you can verify an illustration of it.

The env command is another related command that may be used to print the value of the environment variables. When used with the “$HOME” argument, it returns the error “Permission denied” because the path to a variable is protected with sudo rights.

With no arguments in the “env” command, it is functionally equal to the printenv command.

Environment variables can be used in any command, and most systems already have a few set up for you. The title of the presently logged-in user is normally set in the environment variable $USER. You can use the echo statement to print and check the value of this, but now this time, we can also add a welcoming message. Take note of the double quote marks. These are used to surround a string that may contain spaces or characters that the shell interprets differently.

In this example, we first create the DIR environment variable within the Git and give it the value /home/Linux/. We utilized the echo instruction to print the value saved in DIR for verification.

We have created an environment variable “DIR” for our Git repository “project1”.

The command will provide you with a Bash shell that doesn’t have any environment variables for the time being. However, when you exit the shell, all variables will be restored.

The variable (in our case, ‘CD’) would then become active. When the user launches a new terminal, this variable will be exposed. Add the appended line at the end of the file and save it.

Apply the source command and then print the value of CD using echo command.

This is all about setting environment variables in a shell terminal of a system with Git installed and configured. To do that, we have tried a bundle of some commands like env, printenv, unset, export, and echo. We hope you will implement this article on your operating system. Check more articles in the Linux Hint website.