Having a better graphic card is the demand of today’s world not only to run applications but also to play games. But such cards are quite expensive and now it is a lot difficult to buy a high-end graphic card due to their prices. With this in mind, we are presenting you the Gigabyte GeForce GTX 1060 which is not only budget-friendly but also can fulfill most of your graphics requirements. 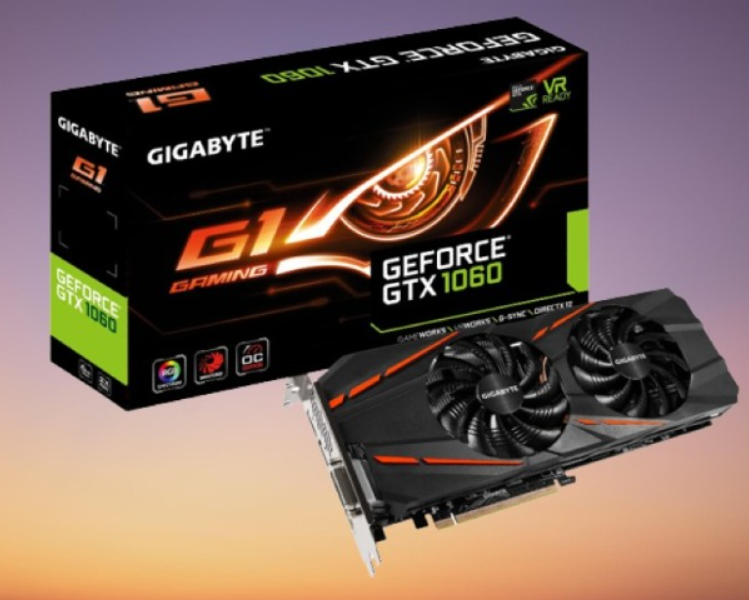 One of the most important features of any graphics card is its performance which means that how a graphic can run and perform in a different type of settings.

GPU Clock Speed: So, in terms of performance this graphic card comes with a GPU clock speed of 1620 MHz that can be boosted to a max value of 1746 MHz Increasing the GPU clock speed will help you in producing better graphic quality but it will also consume more power and can heat up easily.

Pixel and Texture Rate: The pixel rate of this graphic card is 72.3 GPixel/s whereas the texture rate is 120.5 GTexels/s. This means how much this graphic card can render the number of pixels and texture in a second.

GPU Memory Speed: GPU memory speed is there to render the information that’s been stored in the GPU memory. This means that great memory more efficiently and quickly graphics information will be rendered that are stored inside the memory.

Bandwidth: This is another key performance factor that calculates how much information can be rendered in a single instant. This factor is often linked with the GPU memory speed and in this case, the bandwidth of Gigabyte Geforce GTX 1060 graphic card is 192.2 GB/sec

Video RAM (VRAM): Video RAM is the dedicated memory that has been allocated to every graphic card which helps you highly intense graphics related games with ease which is 6GB in this case. It has a GDDR5 memory version which is better and more advanced than the older version and has the ability to improve the transfer rate.

Memory Bus Width: The memory bus is there to carry and transfer the information from one end to the other. So more memory bus means it can carry more information in an instant which is192bit in this case.

Power Consumption: It consumes 120W of power while operating and is built on the semiconductor technology of 16nm and 4400 million transistors.

Here we will be discussing some of the additional features of the Gigabyte GeForce GTX 1060 graphic card in more detail for your better understanding.

OpenGL and OpenCL Version: OpenGL is used to increase the speed of the rendering of the graphics that come with version 4.5 and OpenCL is used to enhance the processing speed and adds more functionality for better performance which comes with version 1.2.

Ray Tracing: This graphic card supports ray-tracing which is one of the recent technologies that you won’t find in many other cards. It is used to improve the lighting and shadows to give you more realistic graphics that you really deserve.

Multi GPU Support: Gigabyte GeForce GTX 1060 graphic card supports up to 4 different displays at a single time. This will not only help you in multitasking, but you will also be able to enjoy games on a bigger screen.

This graphic card has 1 HDMI 2.0 port, which has the capability to support more bandwidth and can easily handle higher resolutions and frame rates. HDMI port is the key factor to give you better graphics performance compared to others and has 3 display ports as well.

Games You Can Play on Gigabyte GeForce GTX 1060

We will be using the resolution of 1080p as this graphic card is only suitable for this if you are interested in playing newer games.

Gigabyte GeForce GTX 1060 is an overall a great graphics card and highly recommended if you’re looking on a budget as you can buy it under $300. It has very decent specifications that can provide you with enough performance to run most of the applications with ease. It doesn’t lack behind in the gaming department as well and can run most of the games in normal settings.