It must be unpleasant to suddenly see your screen tearing when playing your favorite games as the refresh rate of your display does not match the frame rates that your system is delivering. This could be heartbreaking for you and to solve this, you need G-Sync technology which is introduced by NVIDIA to overcome this issue. But what if your monitor doesn’t support NVIDIA G-Sync? Well, this is where the G-Sync compatibility comes up that doesn’t require any independent module like the G-Sync.

The G-Sync from NVIDIA was announced back in 2013 and it is based on Video Electronics Standards Association (VESA) adaptive-Sync technology that is used to enable variable refresh rates on your monitor. Unlike the old Adaptive V-Sync which is a software-based technology that makes the GPU hold the next frame rates until the monitor refreshes itself but that causes input lag as the GPU is holding the next frame and you have already pressed several buttons. This is where the G-Sync comes in and it eliminates screen tearing and input lag. 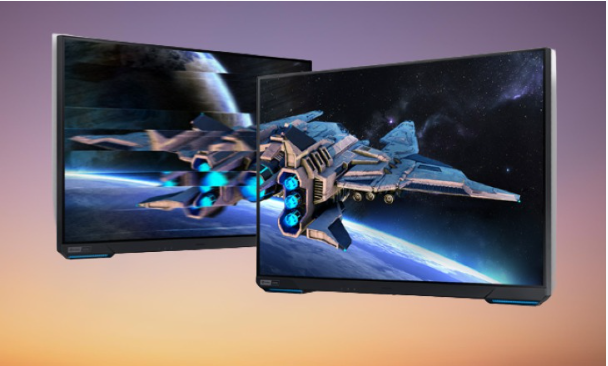 Did you notice the difference between when G-Sync is OFF and when G-Sync is ON? The G-Sync works in such a way that it lets the monitor adapt its refresh rate according to the FPS produced by your system.

First of all, you need an NVIDIA graphics card and to get full use of G-Sync you need the latest GPU like RTX 3080Ti, but your system needs to meet the following minimum requirements to use G-Sync:

In the next part, we will be covering G-sync compatibility to give you a better insight into what it has to offer.

The G-Sync Compatible monitors are the ones that don’t have a built-in NVIDIA G-Sync module and they come with AMD Free-Sync, the competitor of NVIDIA. The new technology came into being to counter the AMD Free-Sync technology which happens to work even on the low-budget monitors ranging from $100 to $2000 so that you can get those variable refresh rates.

Note: You can look up if your monitor is G-Sync or G-Sync compatible on NVIDIA’s official website.

We will now discuss the features of G-Sync and G-Sync Compatible:

Pros of G-Sync and G-Sync Compatible

Cons of G-Sync and G-Sync Compatible

In this section, we will discuss the cons of G-Sync and G-Sync Compatible

NVIDIA is known for its innovative technologies, especially for the gaming community and G-Sync is one of the most amazing things ever to happen to the gaming world as it eliminates input lag, screen tearing, and shuttering but that requires an expensive monitor as they have a built-in NVIDIA G-Sync module.

The G-Sync compatibility emerged as heaven for the community that did not have the native NVIDIA G-Sync module but they had NVIDIA’s GPU and they wanted to enjoy the perks of G-Sync. Everything you need to know about G-Sync, G-Sync compatible, and their main features are provided in this article.