Sometimes, the applications running on your system freeze and stop responding. A frozen application cannot be closed by simply using the x button in the upper-right corner of the interface, but rebooting the system is not always a good solution—especially if the system is running critical services.

In Ubuntu, there are several methods that can be used to kill frozen applications safely and quickly without rebooting your system: xkill, system monitor utilities, and the commands kill, pkill, and killall. In this article, we will discuss these methods on a machine running Ubuntu 20.04 LTS (Focal Fossa).

Xkill is a Linux utility that allows you to kill frozen applications running on Ubuntu. It comes preinstalled in most Linux distributions, but if it is not installed on your system, you can install it as described below.

Then, provide a sudo password, and when asked for confirmation, press y, after which the system will start the installation of Xkill. After the installation is finished, xkill can be used to kill unresponsive applications.

To kill a frozen app, simply type xkill in the Terminal:

You can create a keyboard shortcut for xkill by right-clicking your Ubuntu desktop and opening the Settings application. 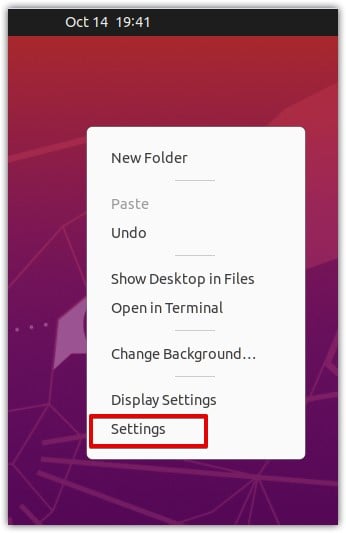 In the Settings window, select Keyboard Shortcuts from the left pane. 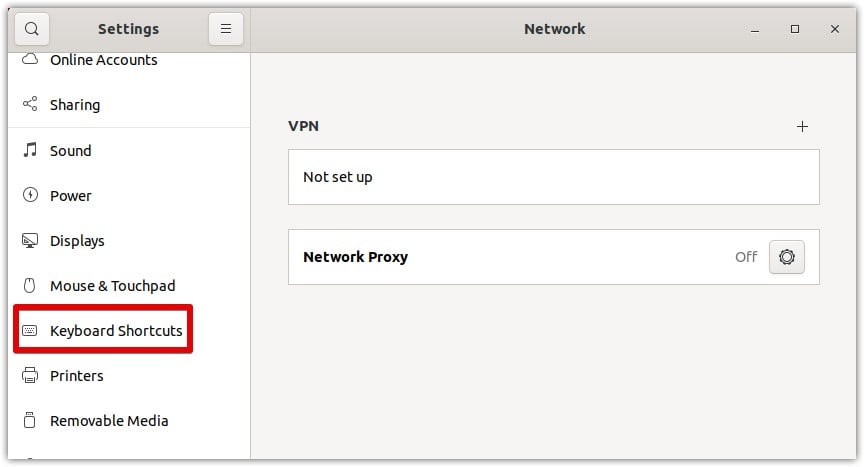 Then in the right pane, click the + button, as shown in the screenshot below. 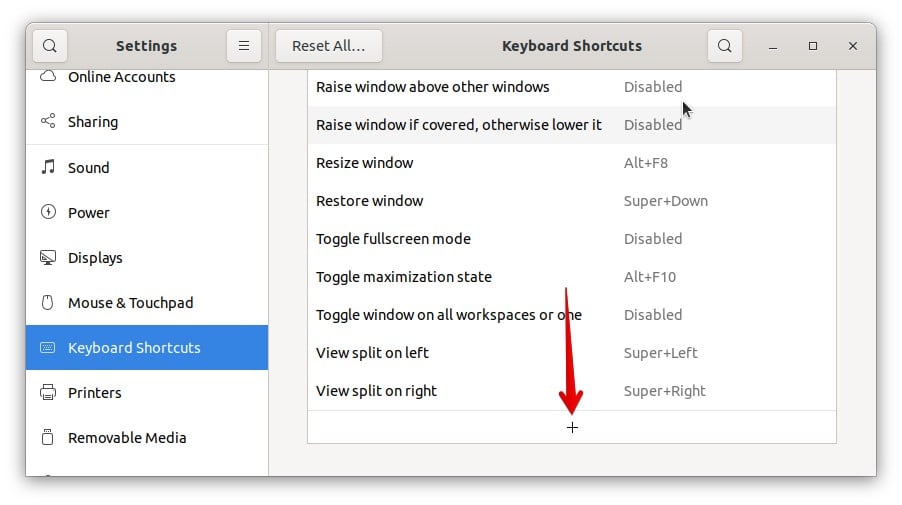 When the following dialog box appears, specify a user-friendly name for the shortcut in the Name field. Then, in the Command field, type xkill. Next, click the Set Shortcut button to select a shortcut for the xkill utility. 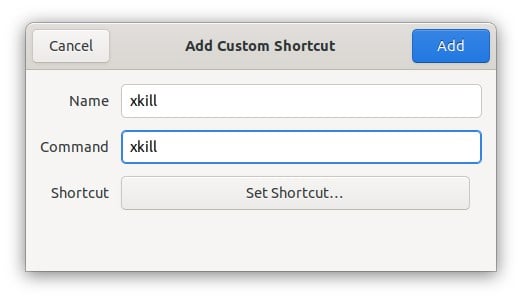 Use any combination of keys to set a shortcut for the xkill utility. For instance, to use Ctrl+k to launch xkill, press and hold and then press the k key. Then, release both keys. 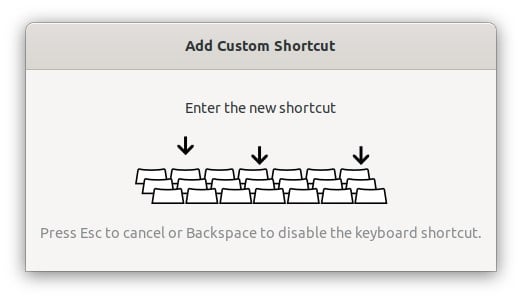 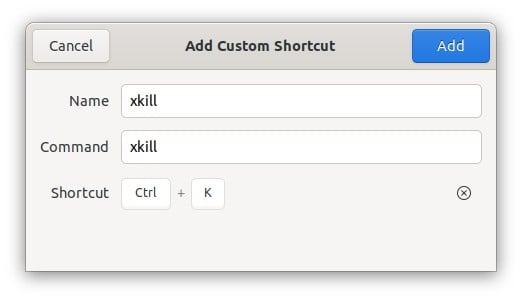 Now, whenever you need to need to kill a frozen application, you can press the shortcut keys to execute the xkill command. 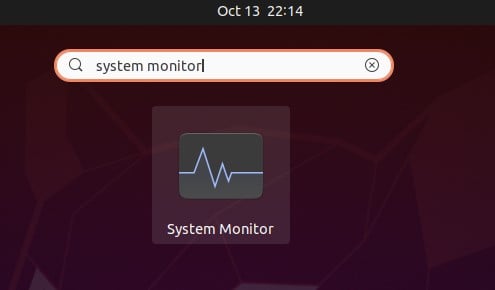 In the System Monitor application, there will be a list of processes that are currently running on the system. Select the process you want to kill and right-click it. From the menu that appears, select Kill to kill the selected process immediately. 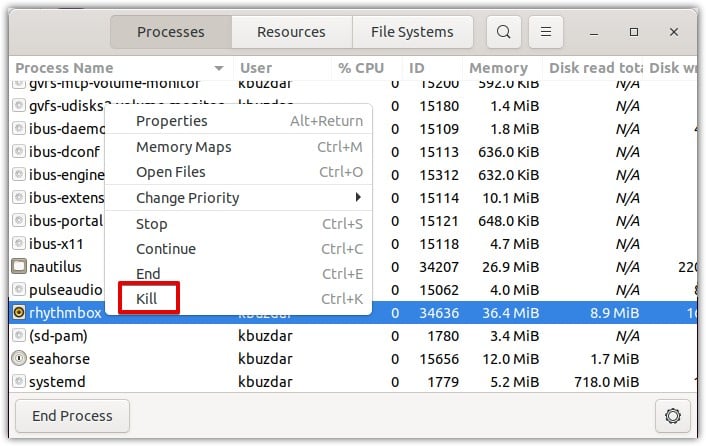 Kill, pkill, and killall can be called in the command line to kill an application based on its process name or process ID (PID).

To find the PID, issue the following command in the terminal:

For example, in the following output, 34636 is the PID of the Rhythmbox application.

To kill a process by using its PID, use the kill command as follows:

Here, 34636 is the PID of Rhythmbox obtained above.

To use killall to kill a process, type killall followed by the process name as follows: