When designing a responsive website you would want your elements to alter their behavior such as width, height, resolution, orientation, etc according to the type of device using the website. This post discusses how you can make your elements responsive using the flexbox layout. Subjects under discussion are as follows.

CSS Flexbox is a layout model that allows an efficient and dynamic arrangement of elements. This layout is one-dimensional and permits the placement of elements inside a container with equally distributed space.

This layout makes elements responsive which means that the elements change their behavior according to the kind of device displaying them. It makes elements flexible and provides them with appropriate position, and symmetry.

Flexbox was introduced in CSS version 3 to arrange items in a container more efficiently and dynamically. Before flexbox, there were initially four layout methods which we have listed below.

Now we will discuss various components of a flexbox.

A flexbox consists of two components which we have explained below.

Here is a visual representation of a flexbox.

When dealing with the flexbox layout, there are two axes that should be taken care of. These axes have been listed below.

Both of the axes are explained in detail below.

The main axis (from left to right) is set by the flex-direction property. This axis can render four values which are; row, row-reverse, column, and column-reverse.

In the case of the first two values which are row, and row-reverse, the flexbox exhibits an inline direction, which means, the flex container and items will be aligned horizontally. Whereas, for the column, and column-reverse values the direction of the flexbox will be block, or in simpler words, the container and items will be arranged vertically.

Both of the axes have a starting, an ending point, and a certain length between these points.

The properties of a flexbox have been provided below.

1. display
It displays an element as a flexbox.

2. flex-direction
This property defines the direction of the items in a flex container.

3. justify-content
If the items in a flexbox do not consume the horizontal space entirely, then this property aligns them across the main-axis. 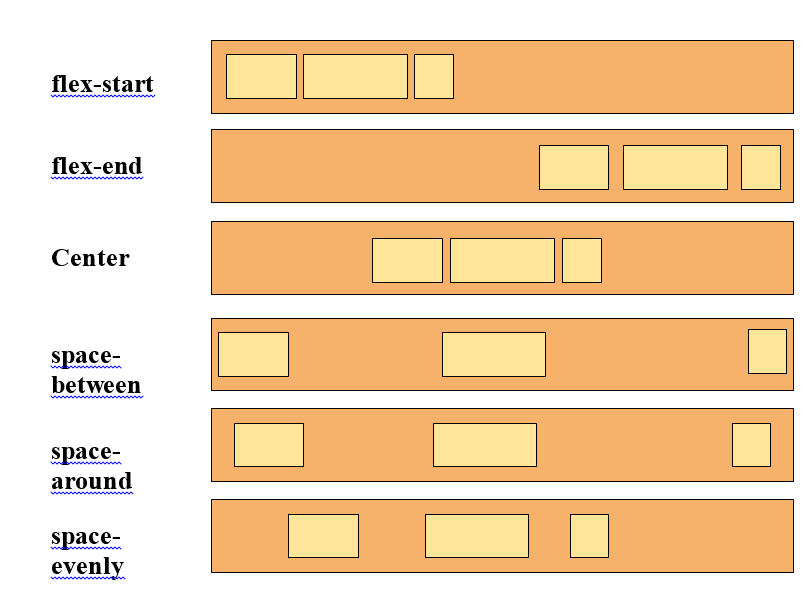 4. align-items
If the items in a flexbox do not consume the vertical space entirely then this property aligns them across the cross-axis.

5. flex-wrap
If there is not much space on a single flex line then this property decides whether to wrap elements or not. 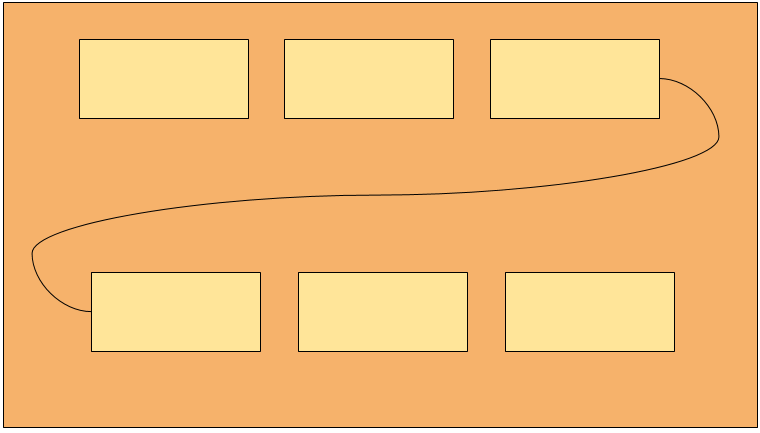 6. align-content
It alters the behavior of the flex-wrap property and is pretty much similar to the align-items property with the only difference being that it aligns the flex lines rather than the flex elements. 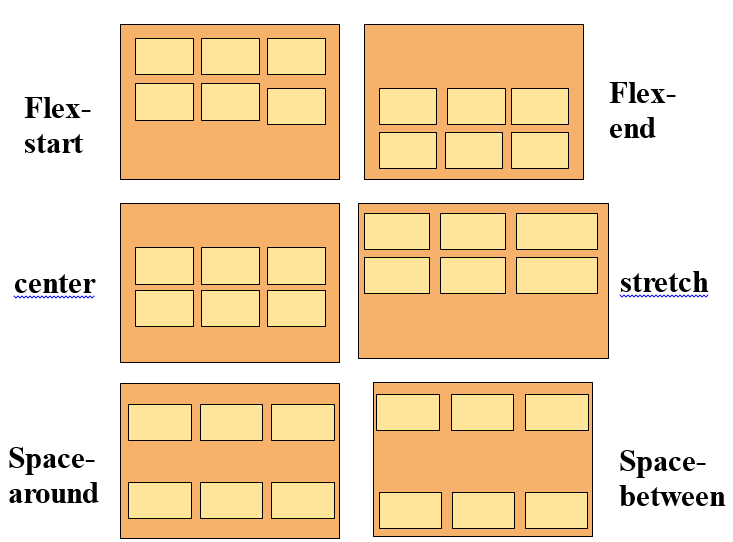 7. flex-flow
A shorthand property for flex-direction and flex-wrap.

8. order
It defines the order of a flex element relative to other elements present in a flexbox.

9. align-self
This property overrides the align-items property and is used on flex elements. 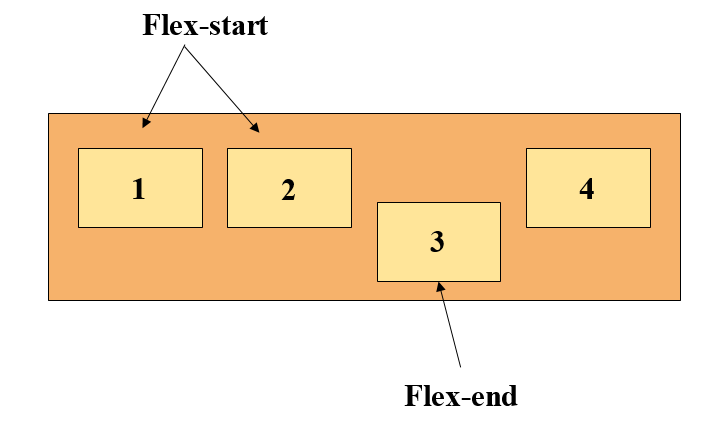 10. flex
It states the length of flex items relative to other items present in a flexbox.

Example
Below we have shown you an example of how to create a flexbox.

First of all we are assigning the main div container a flex display to make it a flexbox, and then we are giving it some background color.

Lastly, we are styling the flex items present in the flexbox using various CSS properties.

A flexbox was generated successfully.

A flexbox is a layout model that arranges elements in an efficient and dynamic manner while giving them equal distributed spaces inside a container. This layout makes elements responsive which means that the elements change their behavior according to the kind of device displaying them. It consists of a flex container and items which are regarded as its components. Moreover, it has axes which are main, and cross and it exhibits multiple properties. This write-up covers all the necessary details about a flexbox along with a suitable example.