The people who are into online multiplayer games must have known the Roblox since it was created. The good aspect about this platform is that it also provides the opportunity to create games and publish them on the platform. With the passage of time this platform has grown a lot and now it has around 50 million active users which is a big number. The first game that was published in Roblox was Rocket Arena which is a free for all fighting game and if you want to know more about this game then read this guide.

Roblox was created in 2006 on September 1st, unfortunately it didn’t go really high until 2010. After 2010 the platform started to get recognized and in COVID the number of users increased to an unexpected level.

The Roblox itself is not a game but is a platform that contains a vast number of games related to different genres. Moreover, the Roblox games are compatible on all operating systems, the first game launched in Roblox was Rocket Arena. 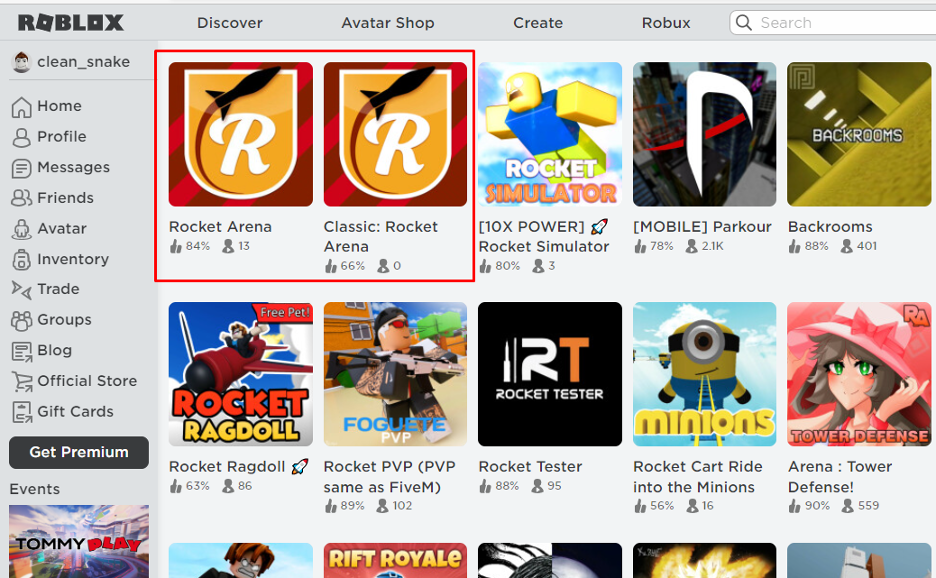 How to play Classic: Rocket Arena on Roblox?

The Classic: Rocket Arena is a first game that is the original one and developed by Adrian JRM in 2006. The game gives three things in the inventory that are: magic spring, rocket launcher and audio deck. Moreover, there is a map where there are other players as well and you can fight with them using the rocket launcher. You can blow up the bridges and restrict the enemy access to yourself, if you get yourself killed you will respawn in a few seconds. 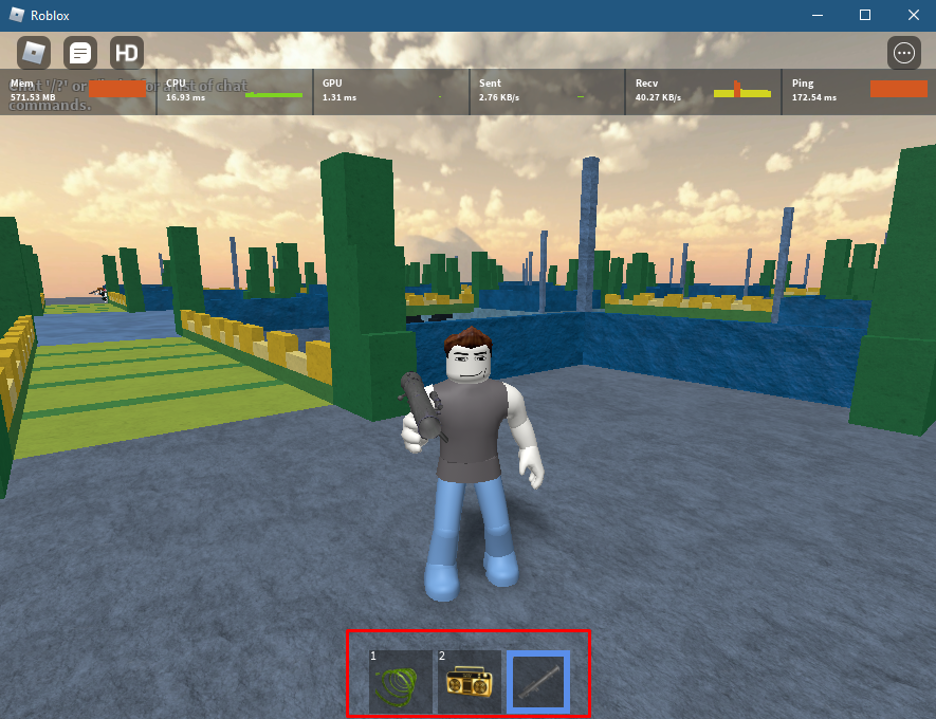 The magic spring in the inventory speeds up the movement of the avatar which really helps in maneuvering  the enemy player. Moreover, there is lava on all sides of the building and if you fall down you will die, however there are some spaces in the map which are safe to go down: 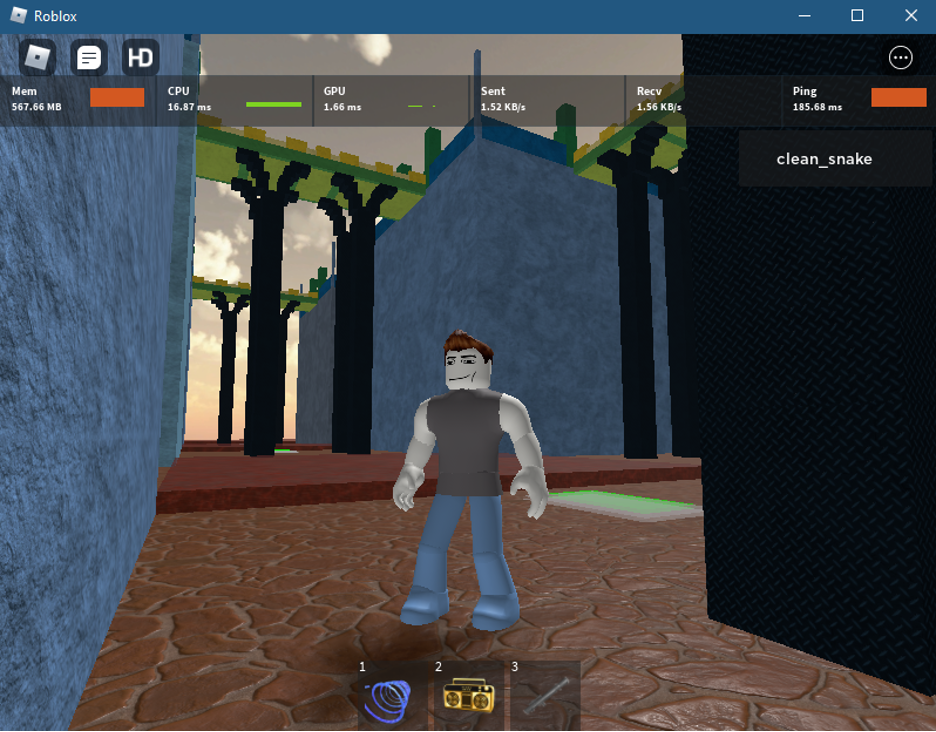 To go up there are two ways one is my stepping in the green patch that will bounce you off: 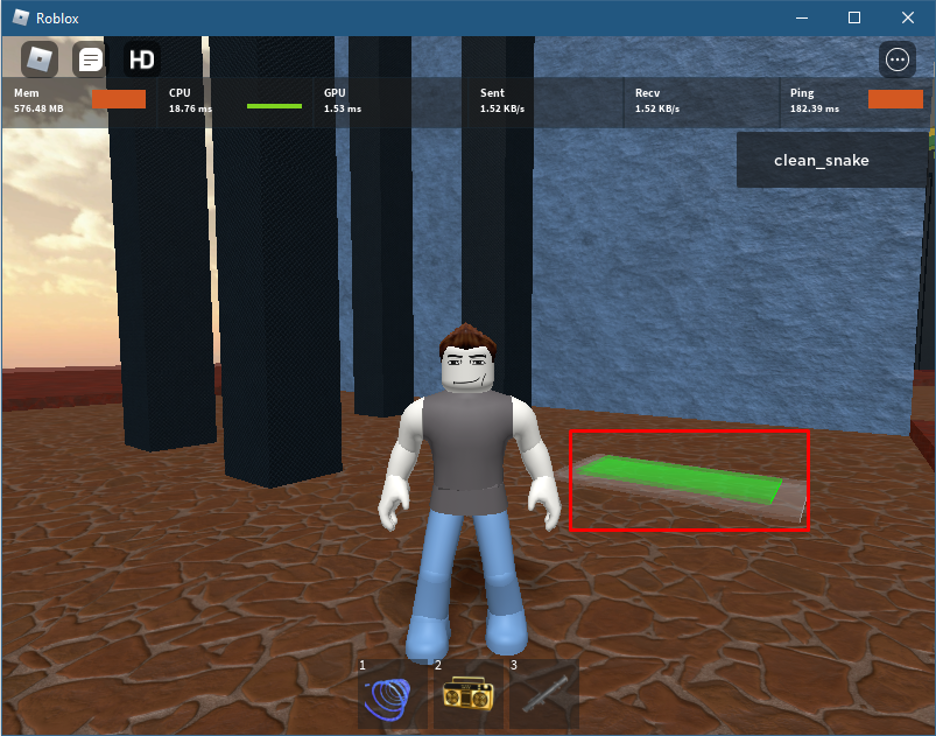 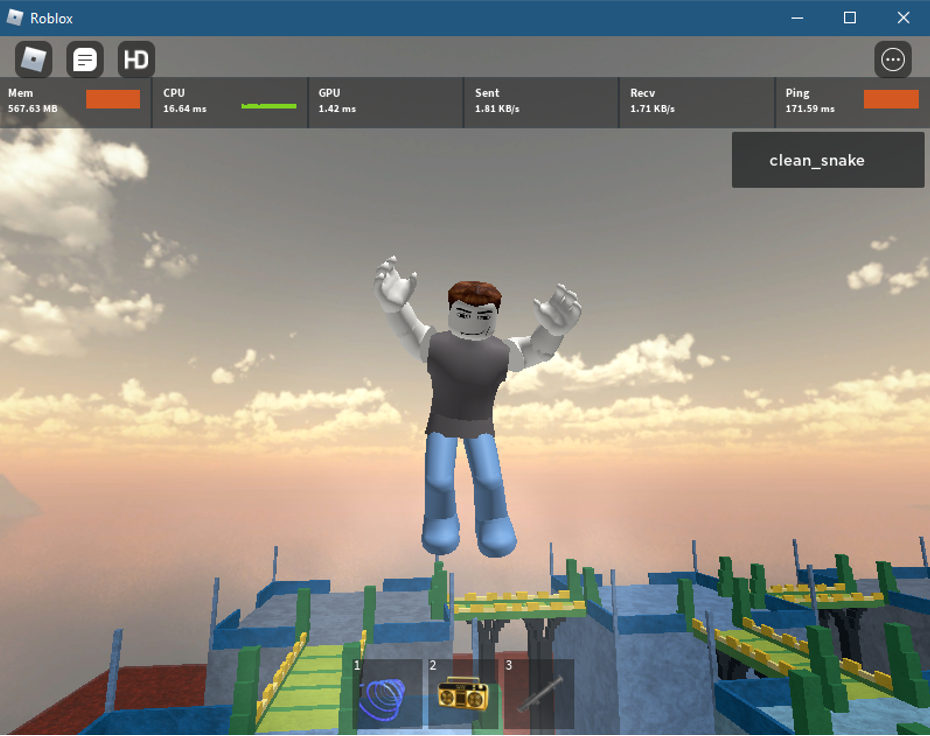 The other way is stepping on to lava and die, you will respawn on the top: 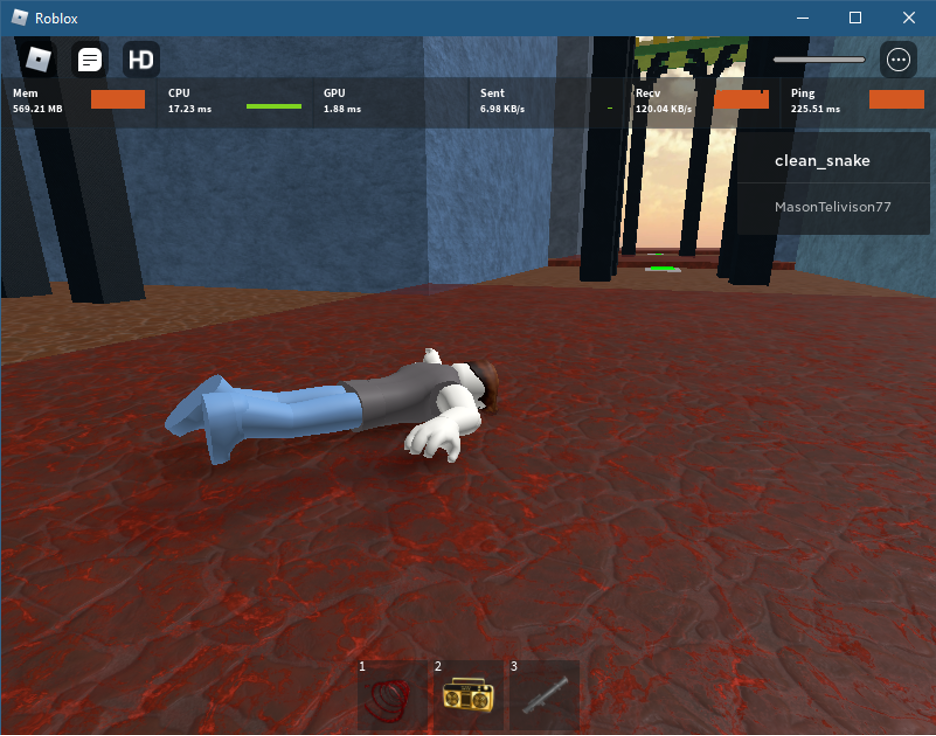 To interact with other players, you can open the chat bar by pressing the backslash key from the keyboard: 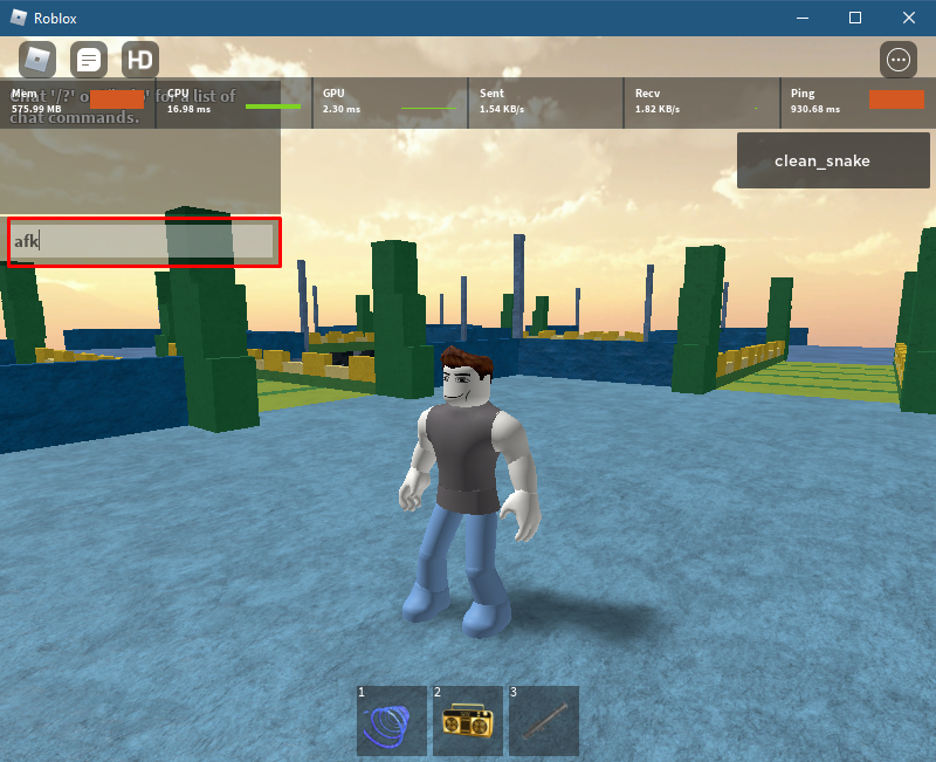 You can access the emotes by clicking the Ellipsis icon on the top right side or you can press the dot key from the keyboard: 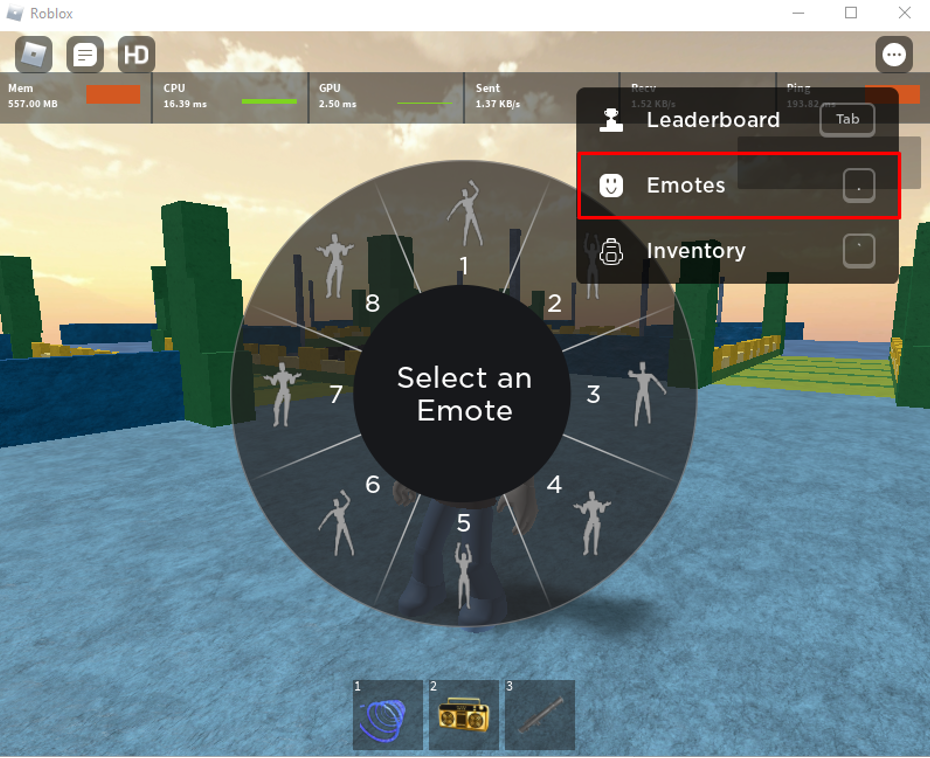 Next press the respective number for the emote you want to play as for illustration we pressed 7 which you can see in the image below: 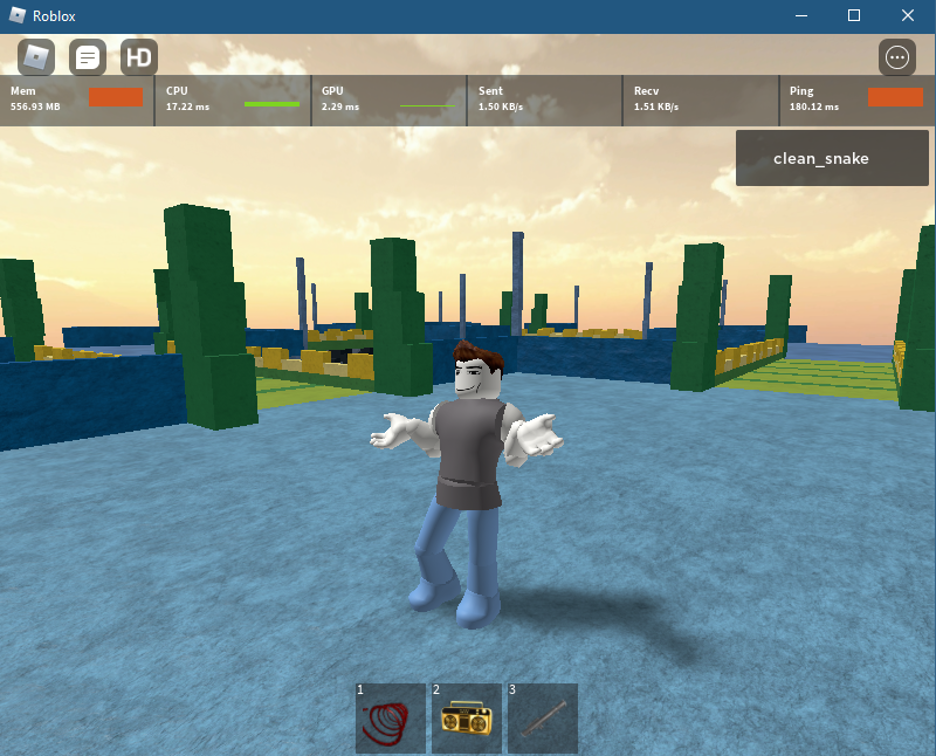 Roblox an online gaming platform was created on 1st September 2006 and the first game that was published was Rocket Arena which is nowadays present on the platform by Classic: Rocket Arena name. This Classic: Rocket Arena is a free for all fighting game which has a single map that has lava on its sides and the player inventory contains a rocket launcher which can be used to fight with other players.