Ethernet is a physical device that works on network protocol to connect computers and other networked devices in a physical space. Its main goal is to create a communication medium between multiple devices and printers to share and transfer files. It was released in 1980, and in 1982, the Institute of Electrical and Electronics Engineers (IEEE) standardized the port format, ensuring all computers and networking devices would use the same port.

On the other hand, Wi-Fi is a radio signal-based wireless signal used to transmit radio signals translated into data by nearby devices, which display the results. Wireless devices send a radio signal back to routers that connect to the internet wirelessly or via a cable. Its primary purpose is to transfer files, just like the ethernet cable, but its mechanism is different. Wi-Fi networks are shared internet connections provided by wireless routers to multiple devices in a house or business. The router is a hub that broadcasts the internet signal to all devices connected to the internet via Wi-Fi. So long as you’re within the network coverage area, you can remain connected to the internet. This article will discuss some of the basics of Ethernet and Wi-Fi and then compare their speeds.

Ethernet cable is very similar to the phone cable, but it has eight cables inside it compared to four cables in the phone cable. There is a modular plug at the end of this cable, also known as Registered Jack (RJ-45). Ethernet cables are available in a variety of lengths. Sizes typically start at 0.3 meters and can reach 30 meters and beyond. It’s also possible to trim the wires to the length you want.

Many computer network administrators color-code their connections to make managing and maintaining their networks easier. Different colored leads are sometimes provided by internet service providers so that they may be easily identified. You can see the physical outlook of the ethernet cable in the image below. 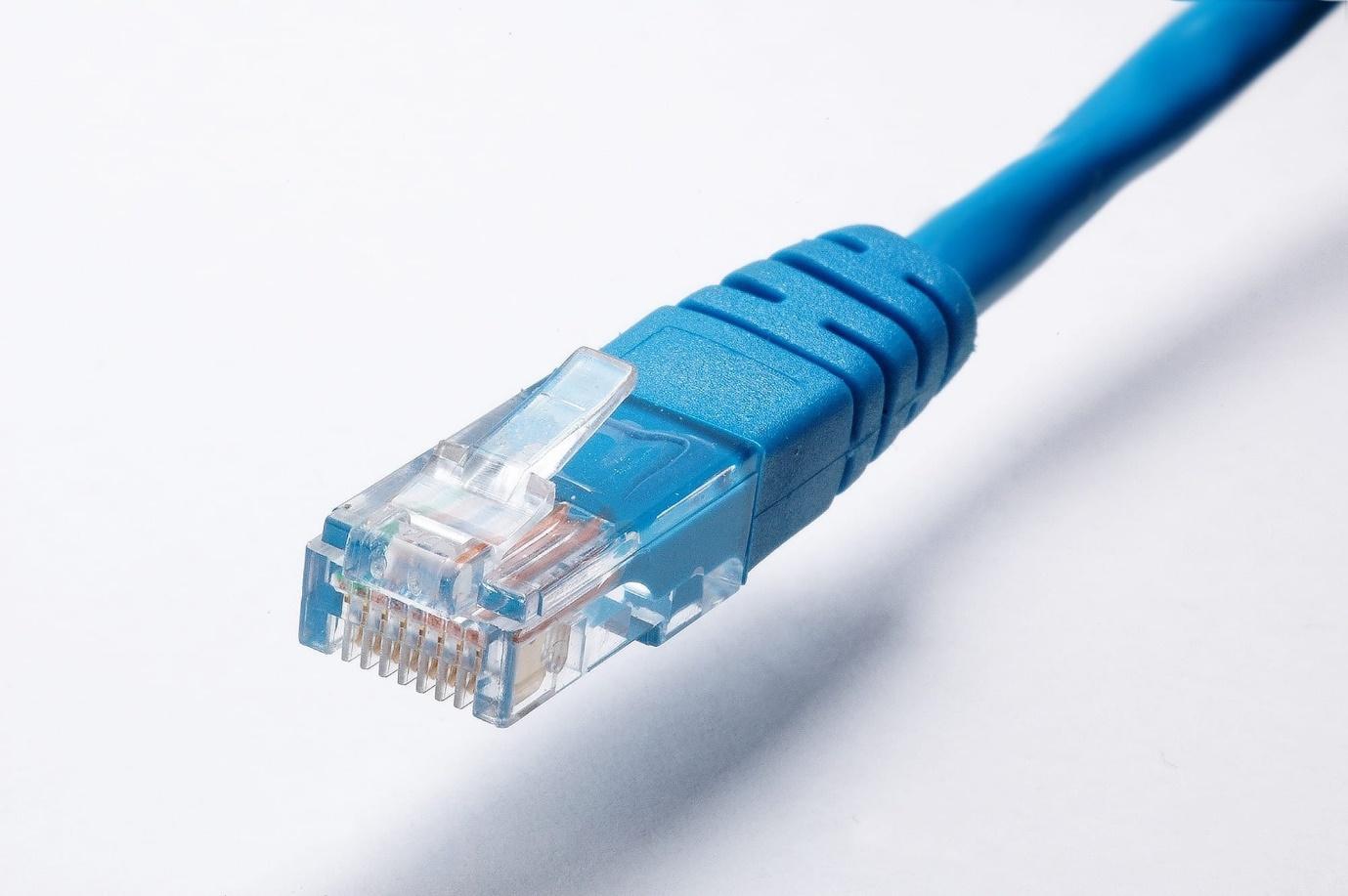 It can be seen that there are two antennas attached to the device for transmitting internet signals wirelessly. Aside from that, it has numerous ports. One of them is for a telephone connection, and two of the yellow ports are for connecting to a LAN via ethernet cable. Furthermore, this device needs to be connected to the power source all the time for communication purposes. The Wi-Fi device comes in various shapes by different companies; for example, the number of antennas can be increased or reduced, and the same goes for the physical ports as well, but a standard look of the Wi-Fi device is shown in the image below. 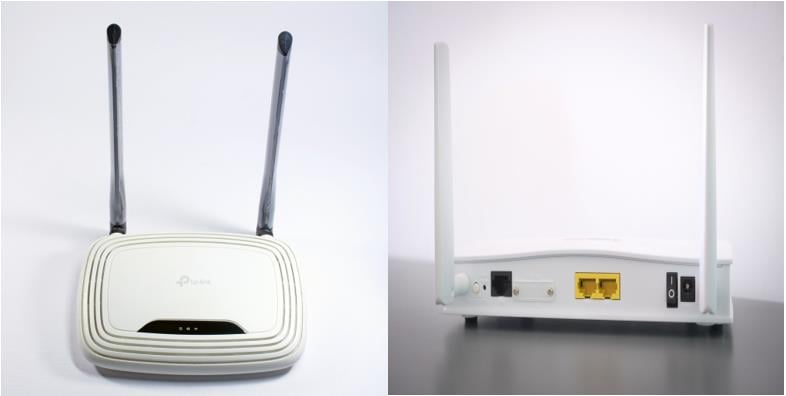 How fast is the Ethernet cable

Ethernet cables come in different variants, and their speed depends on the model that you are using. Their details are mentioned below.

How fast is the Wi-Fi

Similar to the ethernet cable, Wi-Fi also comes with different versions, and its speed varies accordingly. There are three more versions of Wi-Fi which are 802.11b, 802.11a, and 802.11g, which are now obsolete, so we don’t need to discuss them here.

Wi-Fi 6 is the latest version which has a maximum speed of 1200 Mbps.

Ethernet and Wi-Fi have their own benefits. For example, ethernet is a wired-based connection, whereas Wi-Fi is a wireless connection. But the major advantage of ethernet is the internet speed. With the latest Cat 8, you can get the maximum speed of up to 40 Gbps if you have a fiber optics-based connection. In contrast, the Wi-Fi is based on radio signals, and its latest version of the Wi-Fi 6 will provide you a maximum speed of approximately 1200.